Kalike, an NGO has dedicated the larger part of the last decade to Karnataka's Yadgir. They have roped in institiuions, science and leverage the power of learning to keep the young connected

Say the word Yadgir and nine times out of ten people will associate it with harsh summers, water scarcity and a distinct lack of proper infrastructure. Smack bang in the middle of the North Karnataka's Deccan plateau, the Savannah-meets-Semi-arid climate has pushed a lot of farmers to move to metro cities in search of jobs instead of working on their fields. The lesser said about their children, who are waiting to migrate, the better. This is where organisations like Kalike come in. Working constantly towards improving standards of livelihood, education and sanitation, the NGO was set up by the Tata Trusts in 2009 to negate this migration worry.

But why Yadgir and not the other districts that are all dealing with the same issue in North Karnataka? To this, D Shivakumar, Executive Director, Kalike, says, "A few years ago, we were working with the National Institute of Advanced Studies at Indian Institute of Science (IISc) on one of the research projects in Chamarajanagar. The project involved addressing the gaps that existed between different bodies in the education department. When we submitted these findings of our report to the education department, we asked the then Education Secretary to suggest a place where we can make an impact in North Karnataka through our programmes. He had told us about Yadgir, which at the time was nestled in the district of Kalaburagi. (Yadgir was only a taluk and only in 2009 did it become a district). We decided to check out this place. On seeing the rate of unemployment and the steep number of school dropouts we decided that this was it." 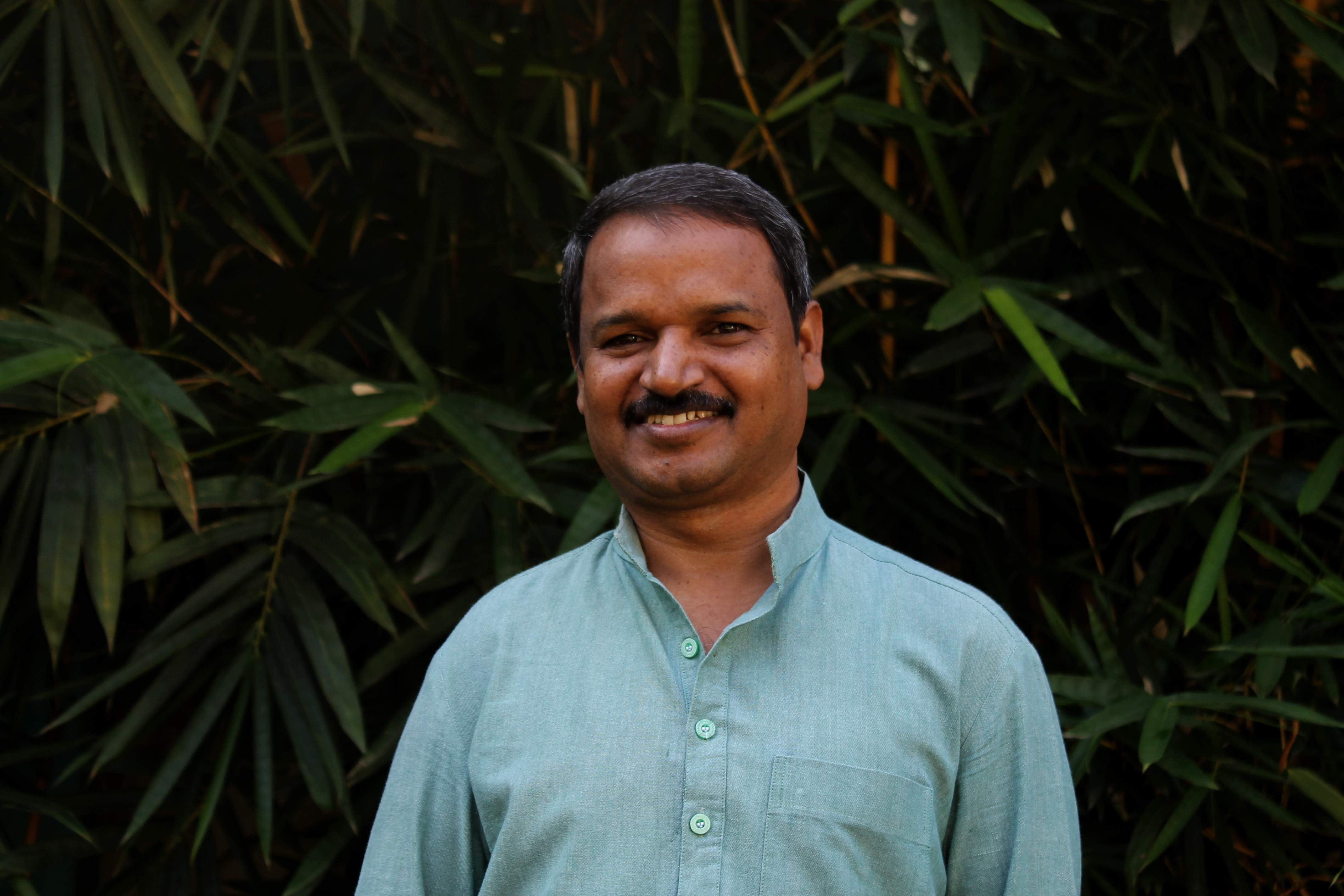 The subtle art of teaching kids to read and write Kannada
Before the team got there, everyone around them unloaded a whole lot of pre-conceived notions about Yadgir and its people. They chose not to get swayed and went ahead with several field surveys and studies. "Initially, our focus was only on education and improving the infrastructure in schools. Hence our surveys and studies were based only on education. Through our personal assessments, we found out that a large per cent of school-going children found it difficult to read or write comprehensively. Now, if they don't know how to read or write the language, how can you expect them to take notes or even pass exams? Therefore, we started special classes just to teach them Kannada and designed a nine-month course along those lines. These classes would go on for two hours after school. We trained older students and degree holders so that they could train the school children," explains Shivakumar happily. 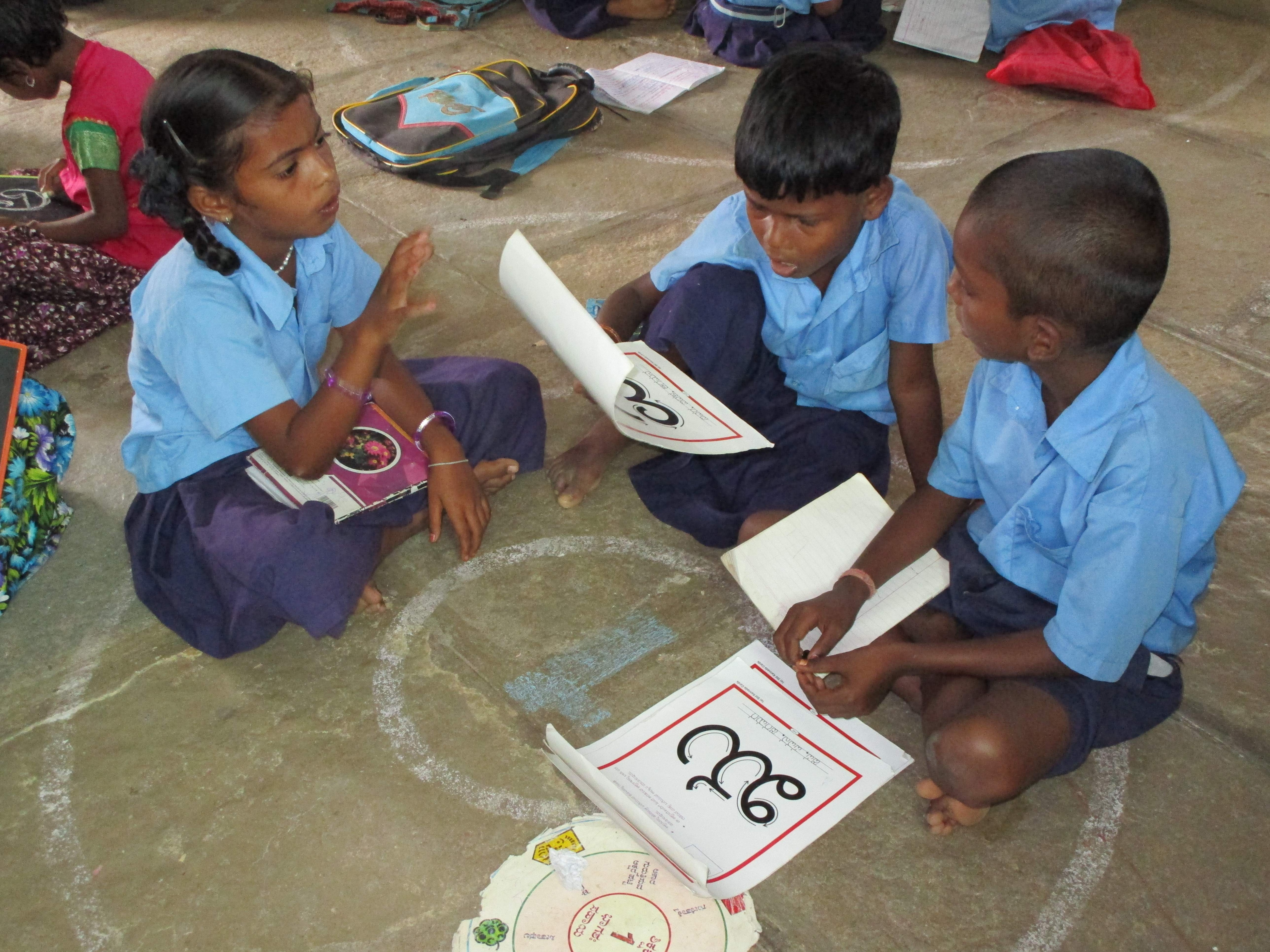 And it worked! The first batch managed a heartening result. What makes this programme special is there are four different workbooks which can make children 100 per cent ready to read or write Kannada "Until March 2021, the programme was going on well. We had to stop it due to the pandemic and the schools were also closed," says Shivakumar, adding, "Besides language classes, we ran awareness programmes for parents and people in rural areas to send their children regularly to the schools to curb the problem of seasonal dropouts."

Sanitation and clean drinking water became a priority
As they began to probe why the dropout rate was as high as it was, they found that plenty of girls stopped going to school because of an abject lack of sanitation facilities on campus. "We increased the number of toilets, drinking water facilities and installed taps for washing hands in schools. Children are present in the school for nine months in any given year, and so our team designed nine different steps as part of our Water, Sanitation and Hygiene at schools (WASH) project. We formed teams among school students to look after these facilities systematically. Under the School Health and Sanitation (SHS) programme, thematic orientations and bi-monthly water testing is conducted across schools. In villages facing severe water shortages, rooftop rainwater harvesting structures are being constructed at schools." Kalike has worked in 200 government schools and 487 anganwadis in this region across projects.

As a result, at least 11,745 children have access to safe drinking water in the government schools present in Yadgir district now. While the organisation had solved the water and sanitation issues and empowered kids by helping them read and write Kannada, learning English was still some way away. Therefore, Kalike introduced their English courses in 2012 for students in Classes 5 to 7. Wmpowered with Kannada and English more of them were managing to pass their exams and move to higher classes instead of dropping out. 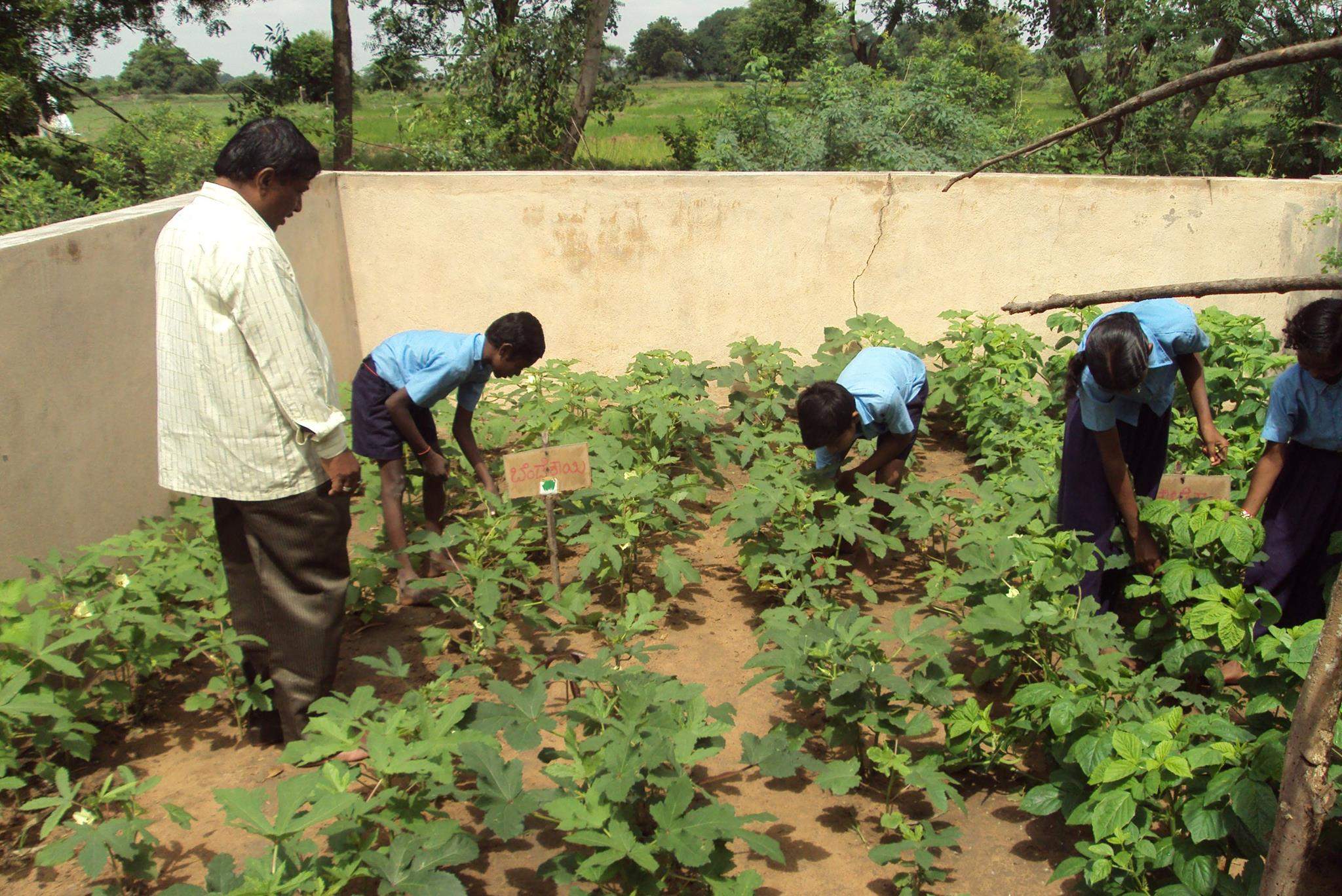 A kitchen garden in one of the government schools in Yadgir

When farmers finally began to stay back in Yadgir
In 2012, when the Government of Karnataka was working on the Human Development Index in different districts, Kalike was entrusted with the job of surveying HDI in Yadgir. Shivakumar explains, "Usually this work is assigned to the educational institutions but it was the first time that the government assigned it to two different NGOs and we were one of them. It was during this phase that we understood that education alone can't bring change. There were different aspects like livelihood, women empowerment, agriculture and farmers, skill development, disaster relief and so on."

Once Kalike submitted the Human Development Index report, they started focusing on the lives of farmers. Therefore, they tied up with the University of Agricultural Sciences in Raichur district and brought science to the agrarian community. "Even before we could intervene, farmers had their traditional way of growing crops. They produced green gram, red gram and groundnuts besides growing jowar and paddy. What we did was introduce them to a package of practices. We introduced them to different varieties of crops instead of changing their traditional way of growing crops. The agriculture in North Karnataka is mainly dependent on rains. We bought seeds from Andhra Pradesh that could were high yield and gave them to farmers. They were able to see the results. Earlier, in one acre, these farmers could grow only two to three quintals of green gram. But after the shift in their agricultural practices, they were able to grow four to six quintals of green gram in one acre."

Besides increasing the yield, Kalike and the team from the Indian Institute of Horticulture in Bengaluru introduced horticulture crops and vegetables to these farmers. "The institute provided us with these seeds so that farmers could grow and sell them in their local markets. We ensured that the farmers, their children and families did not move out of the villages in Yadgir for employment. At the same time, we got machinery and rented it to them."

Connecting over those air waves
Besides all of this, Kalike also launched a Community Radio Station (CRS) called Kalike Dhwani 90.4 FM, to really get the community engaged and connected. "This radio station is one-of-a-kind in Yadgir. The programmes are aimed at creating awareness about the importance of quality education and better nutrition for mother and child; better agricultural practices for farmers; advocate safe sanitation practices and spread information about employment opportunities and vocational training programmes. These awareness programmes are  aligned with government schemes," he trails off.

For more on them, check kalike.org