Niveditha Subramaniam is a children's author and illustrator from Chennai. We find out more about her books, illustrations, how she engages children and a lot more

An author and illustrator from Chennai, Niveditha Subramaniam believes that children 'read' pictures before they read words, so illustrations in books are absolutely key to opening up worlds for them. Her recent book Ammama's Sari has garnered a lot of attention among young readers for being a wordless picture book that weaves a colourful story through time. Niveditha also has several other well-known children's books to her name — Flutterfly, Soda and Bonda, Nirmala and Normala to name some. The young writer speaks to us about her recent book, her penchant for illustrated books and a lot more. Excerpts from an interesting conversation:

Tell me more about your recent book Ammama’s Sari, a wordless picture book. What is the theme, what message does the book try to convey to children?
Ammama’s Sari, my latest wordless book, is inspired by vivid memories of my grandmother, Vasanthakumari Bharathan. Repurposing and reusing things were natural to her; she took pride in creating something new but found more fulfilment in extending its lifespan, in giving it a second and third and fourth life. Bits and bobs and scraps were carefully saved and they eventually made their way into some endeavour or the other.

I made the first draft of this book in 2015 but wasn’t happy with the outcome – it didn’t have the tactility, the sense of touch that was at the core of the memory or the childhood experiences of watching her work. It took me a while to get back to it and in 2019, I started working on it again. This time, I decided to work with fabric and paper. While the sari itself was made using a single piece of fabric, I used leftover scraps to make lots of small elements in the book (to keep to the spirit of repurposing my grandmother believed in) and combined that with the illustrations. Collage is something that I have never taken to naturally or used in my work, but I discovered that thinking about what the project called for made me work through blocks and issues that surfaced. 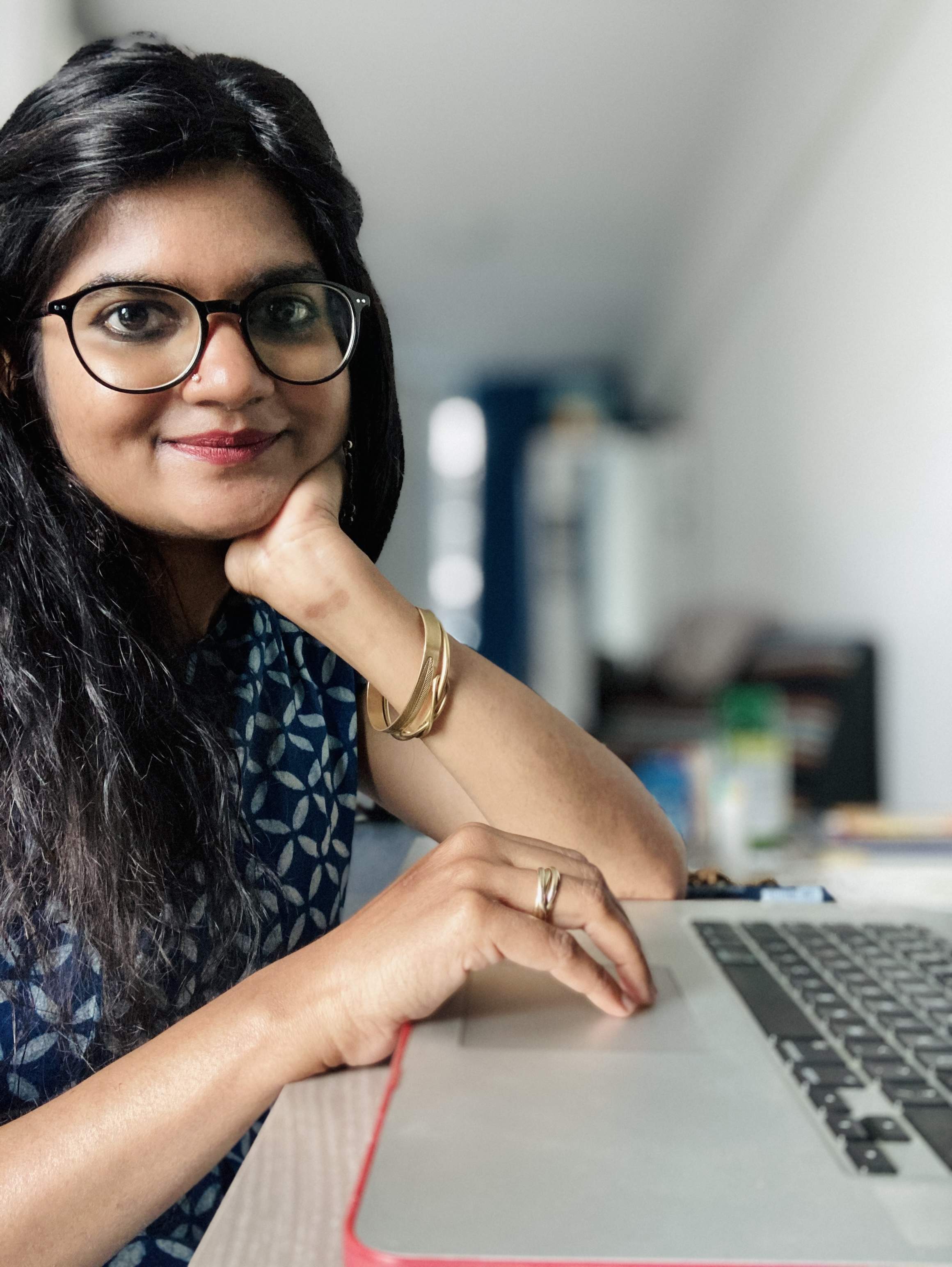 I personally love your book Soda and Bonda. Tell me how you got inspired to write that story? It also brings to light a few difficult conversations. We are all stuck in roles defined by different conditions – age, gender, religion, culture, caste – the list never ends. How did you go about that aspect?

I am really glad you enjoyed it! Soda and Bonda was first developed for my Diploma project – the penultimate module in the Master's Programme in Children’s Book Illustration I did at Anglia Ruskin University, Cambridge. The book is about a cat who looks like a cat but feels like a dog. The dog is unable to understand this but eventually accepts the cat for who she is. The idea was inspired by the dog-like behaviour exhibited by a relative’s cat, something that I had witnessed a long time ago but never quite forgot.
Animal behaviour is often stereotyped in real life and by extension, children’s books. But like human beings, each cat and dog has its own individuality and personality. This was something I wanted to explore. At its core, Soda and Bonda is a story about two friends, but issues of identity, self-perception and acceptance emerge and because socialisation begins early, I believe it is important to be able to discuss them. Children’s books are sometimes wonderful entry points to begin these difficult conversations. Soda and Bonda was also adapted into a play by the Swedish theatre company Bananteatern and received a warm response.

You are also an illustrator, how does it aid your writing or vice versa?
I am someone who 'thinks' in pictures and with children’s picture books in particular, where every word matters, it really helps to visualise a story. Even before I began to illustrate, my writing was always guided by visuals. There are always a few guiding questions I ask myself, which help me make my work stronger:
- Do the words allow pictures to take the lead?
- Can I 'hear' the story?
- Does the removal or addition of a word say something that the pictures do not or complement it in a way that enriches the reading experience as a whole?

When did you first decide to become a children's author?
During my last year of undergraduate studies, I found myself drawn to children’s books. Like most middle-class children of my generation, I had grown up listening to Indian stories but reading Western books. Most of the children’s literature in English that was published in India at the time was didactic, often reinforcing age-old stereotypes and the idea of a monolithic India that didn’t exist. When I first came across Indian picture books, it was an empowering reading experience. I loved that these books reflected recognisable cultural experiences; sights and sounds that were familiar to me. But in these books and others, I also came across childhood accounts and growing up experiences that were entirely unlike my own. So, I wanted to be a part of this world.

I know it is not so easy when it comes to engaging children. How do you go about that?
It isn’t easy at all, partly because there are still misconceptions and myths about children’s books and writing for children that persist – the notion that writing for children is writing for adults simplified or 'dumbed down', the assumption that all children’s books need a happy ending and that difficult subjects cannot be tackled because children have delicate sensibilities that need to be protected or the idea that being a parent automatically means that you can write for children.
So, first of all, to engage children, one needs to recognise their diversity as beings and respect their intellectual freedom. Second, the asymmetrical power relations between children and adults need to be acknowledged and addressed by its creators. Children’s literature is created for and addressed to children but received by adult mediators, with adults also being their indisputable producers. Children’s books truly engage children to represent their voices authentically but doing this means that children need to be seen as equals and as active agents of change. Finally, I think I am able to connect best with the audience I am creating for when I draw from my own childhood while also keeping my eyes and ears open and observing children around me. 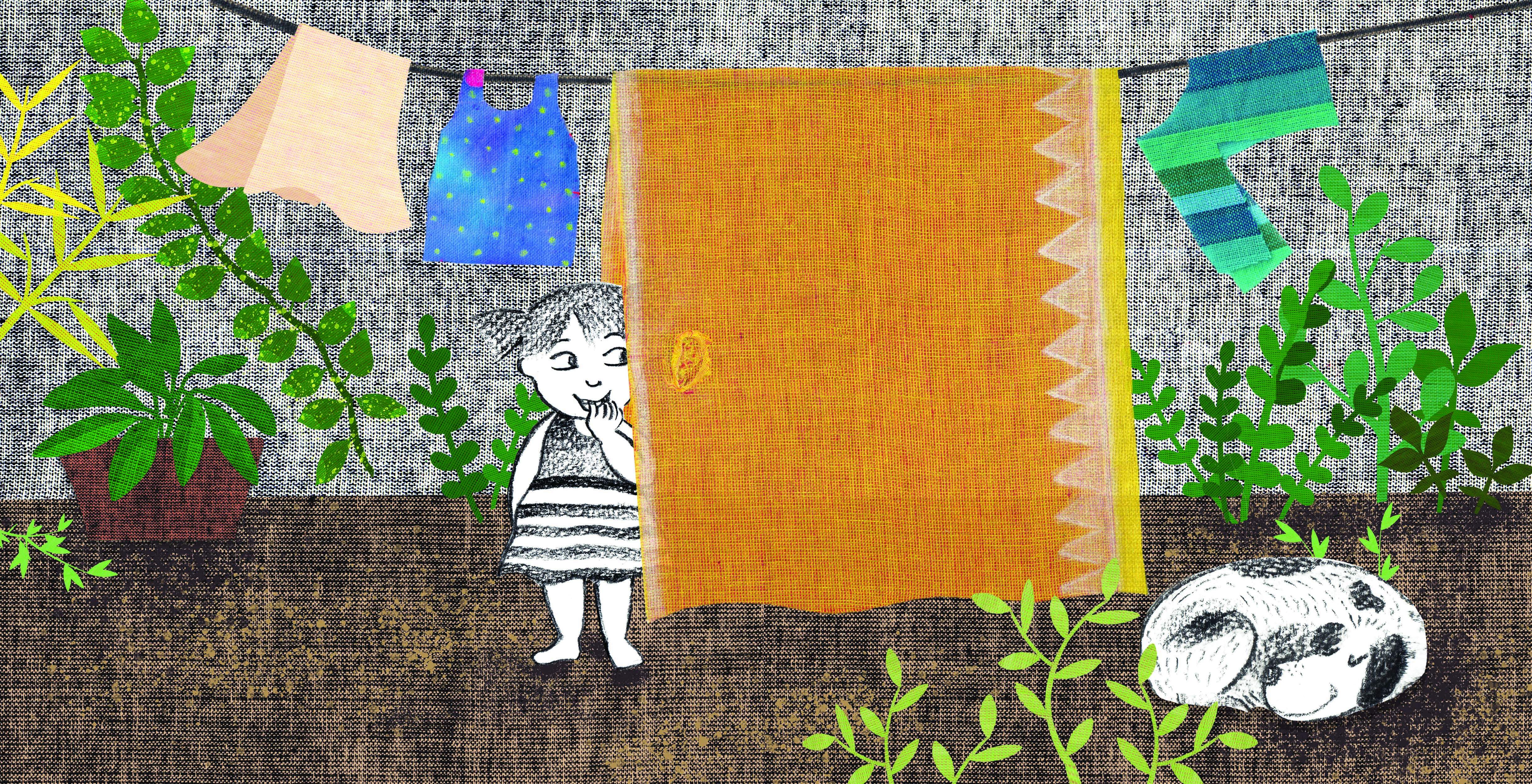 What or who inspires you to write?
Visuals are springboards for me and in one way or the other, all of my work has been inspired by things seen, loved and remembered. I am also inspired by very everyday things and the seemingly commonplace or mundane is always significant. For my work, I draw from my own childhood experiences as well as observations of children. Some of my characters are definitely an amalgam of people I’ve met in real life, my family, friends and others.

What is/are your personal favourite children's book(s)?
There are too many favourites to list so I am going to list three recent ones that have had a real impact on me – The Lost Spells by Robert MacFarlane and Jackie Morris, Kanak Shashi’s Guthli Has Wings and I Talk like a River by Jordan Scott and Sydney Smith.

Tell us about your future plans.
At the moment, I am an Erasmus scholar, pursuing a research programme in Children’s Literature, Media and Culture. I have a project in the pipeline but it’s still early stages so there isn’t much to say about it at the moment.