This Delhi artist's illustration on the Farmers' Protest went viral. This is his story

Tushar tells us about his recent Rainbow series and how he brings up difficult, uncomfortable topics to the forefront with his artwork

Some people use art to tell a story, spread awareness or convey a message while others showcase the difficulties faced by everyone in their everyday lives. Tushar Madaan (28), an artist from Delhi, definitely knows how to use that to his advantage and create an impact in society. His recent Rainbow series shows us the daily struggles, events and happenings around us, where he draws inspiration from real-life events. His artwork stands out as they all have a real-life connect and some amount of humour. "I want my illustrations to have a connection with my audience. For millennials, their attention span is quite low so I keep my animations only between 3-5 seconds," says the young artist, who completed his graduation from the College of Art in Delhi. 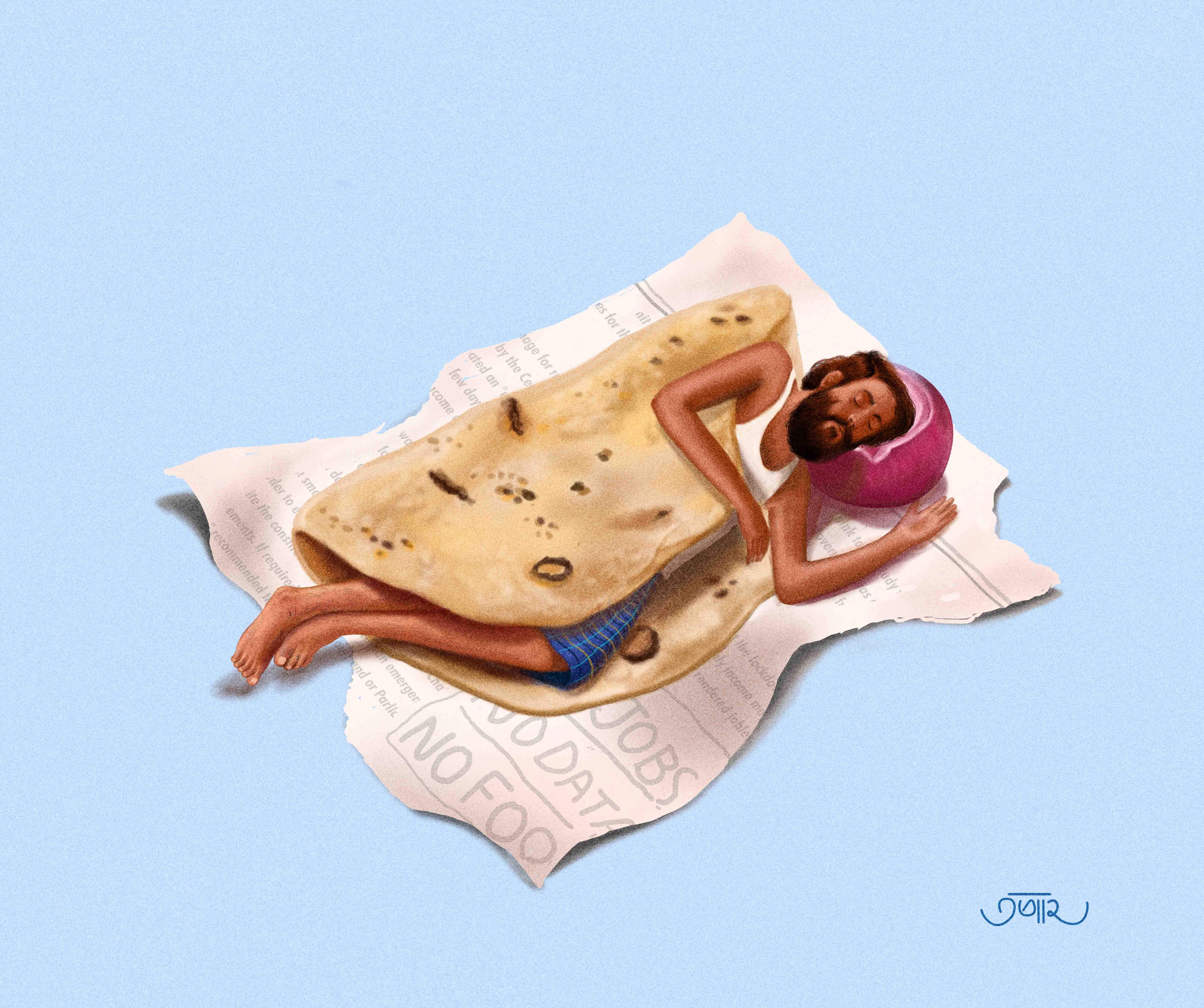 One of his recent illustrations showcases a man covered in a Roti (flatbread) and using an onion as his pillow. Tushar tells us he got the idea for this piece when he visited a gurdwara recently. "I saw a man sleeping inside the premises with almost nothing to cover himself with during Delhi's chilling winters. Upon asking, I found out that he gets to eat daily from the langar (community kitchen for the poor in the gurdwara) and so he stays there. Some onions and flatbreads also lay there beside him. It looked like he could survive with only that much. It was quite heartwrenching," adds Tushar. The artist used a pinch of satire in his illustration to send the message to his audience that there are hundreds of people, like the man he saw, who survive only on handouts. 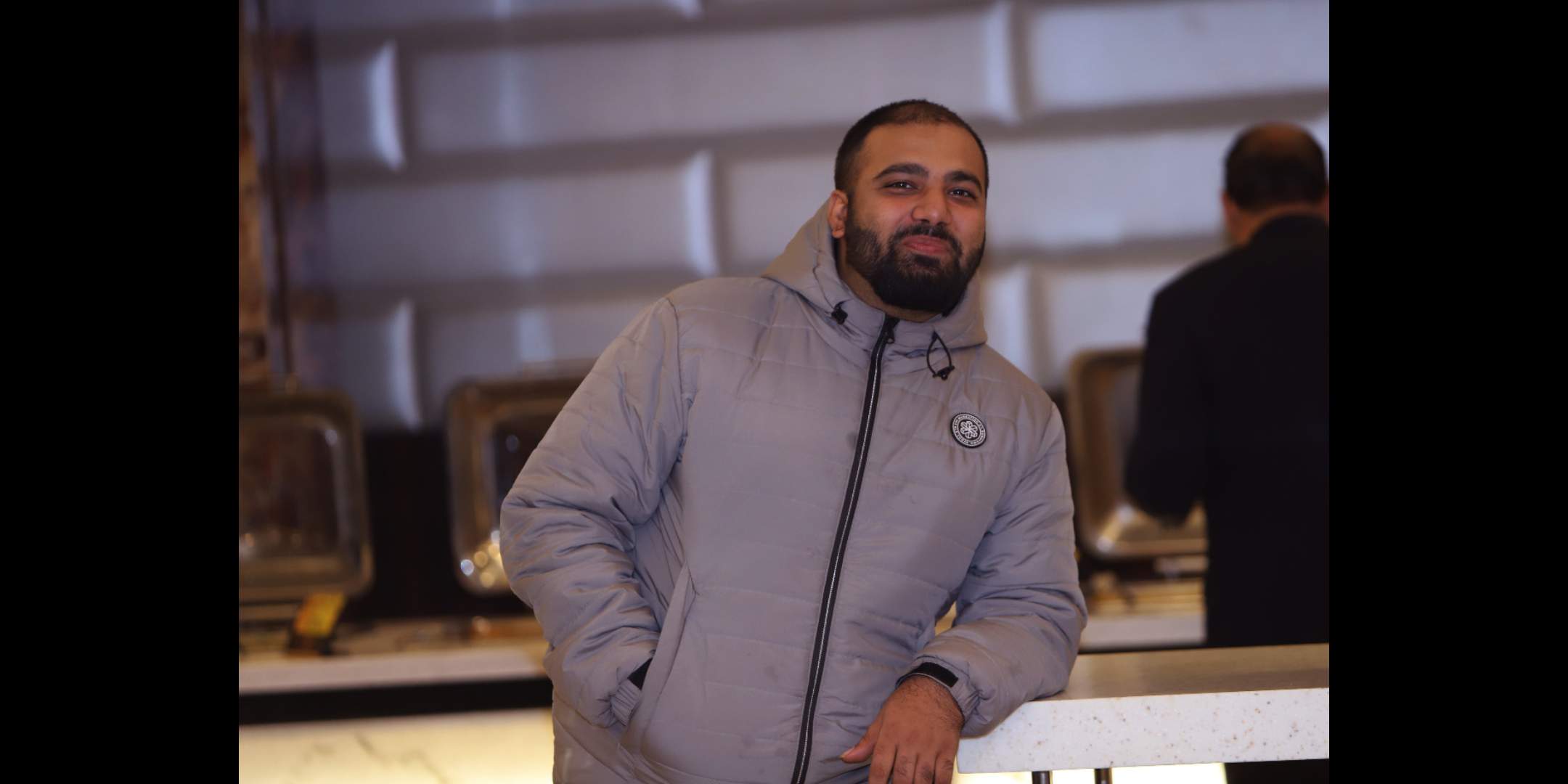 Tushar shares that he was that kid who used to scribble on the back of his books, draw on random pages during class or even in his free time, but never took it seriously. "My friends encouraged me to take part in a drawing competition in school. Without preparing, I won it and was extremely surprised. Then I began taking it seriously. When I was in college I was also freelancing for a lot of magazines in Delhi. Currently, I am an art director with a company here," he says.

Tushar's artwork often comes with clear political undertones for which he has had to face a lot of trolling on social media — where people tend to get offended easily. "My recent farmers' protest illustration got a lot of attention — a lot of trolling, even — as people came and said to me that my artwork is instigating unrest and that I have been paid by one side of the spectrum to do it. I try not to engage with them. I visited the protest site and did my research before I created the illustration on it," he explains. As for his future plans, Tushar wants to continue drawing about difficult topics, create conversations around them and thus inspire people to speak up for themselves.

Some of his artwork: 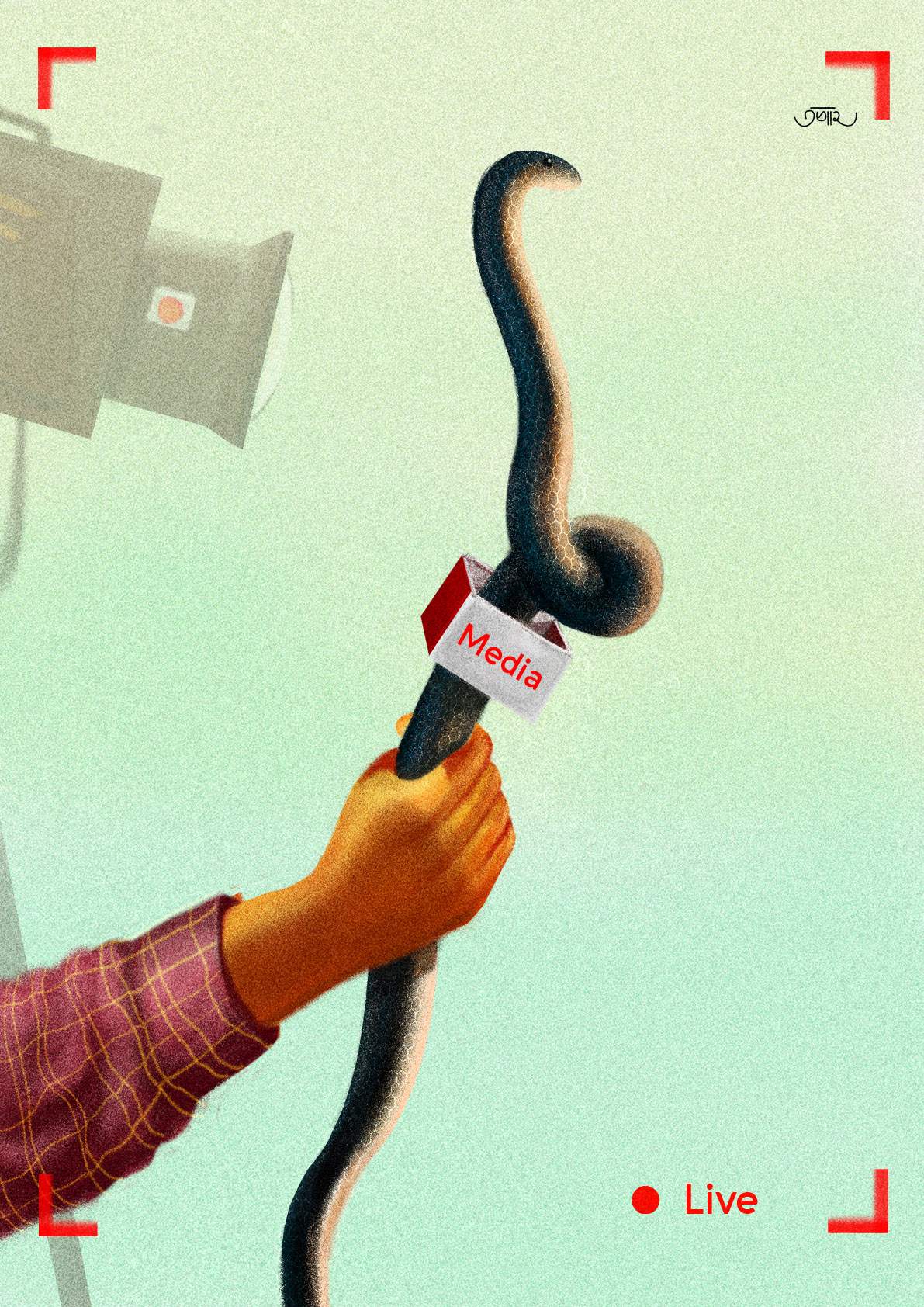 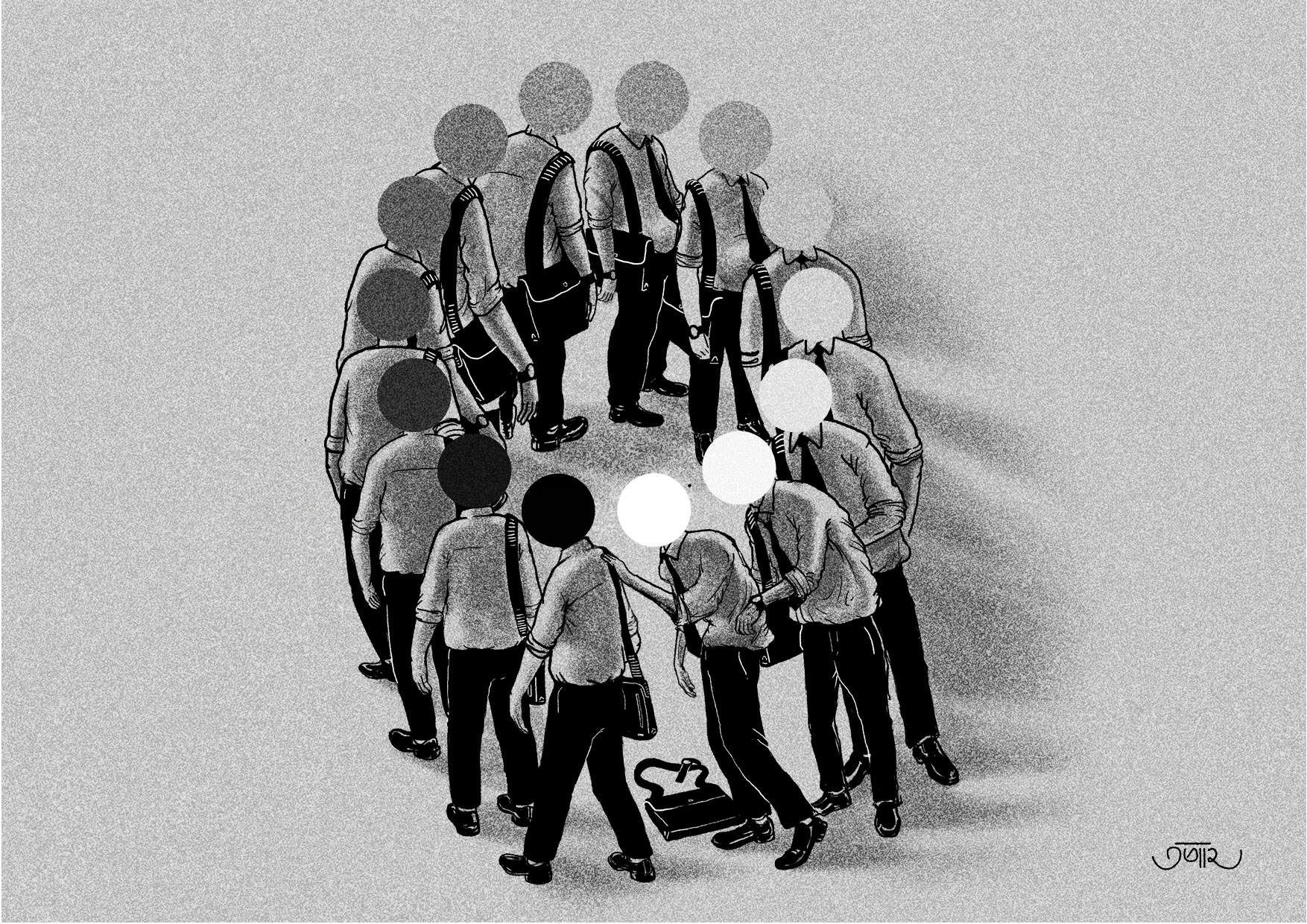 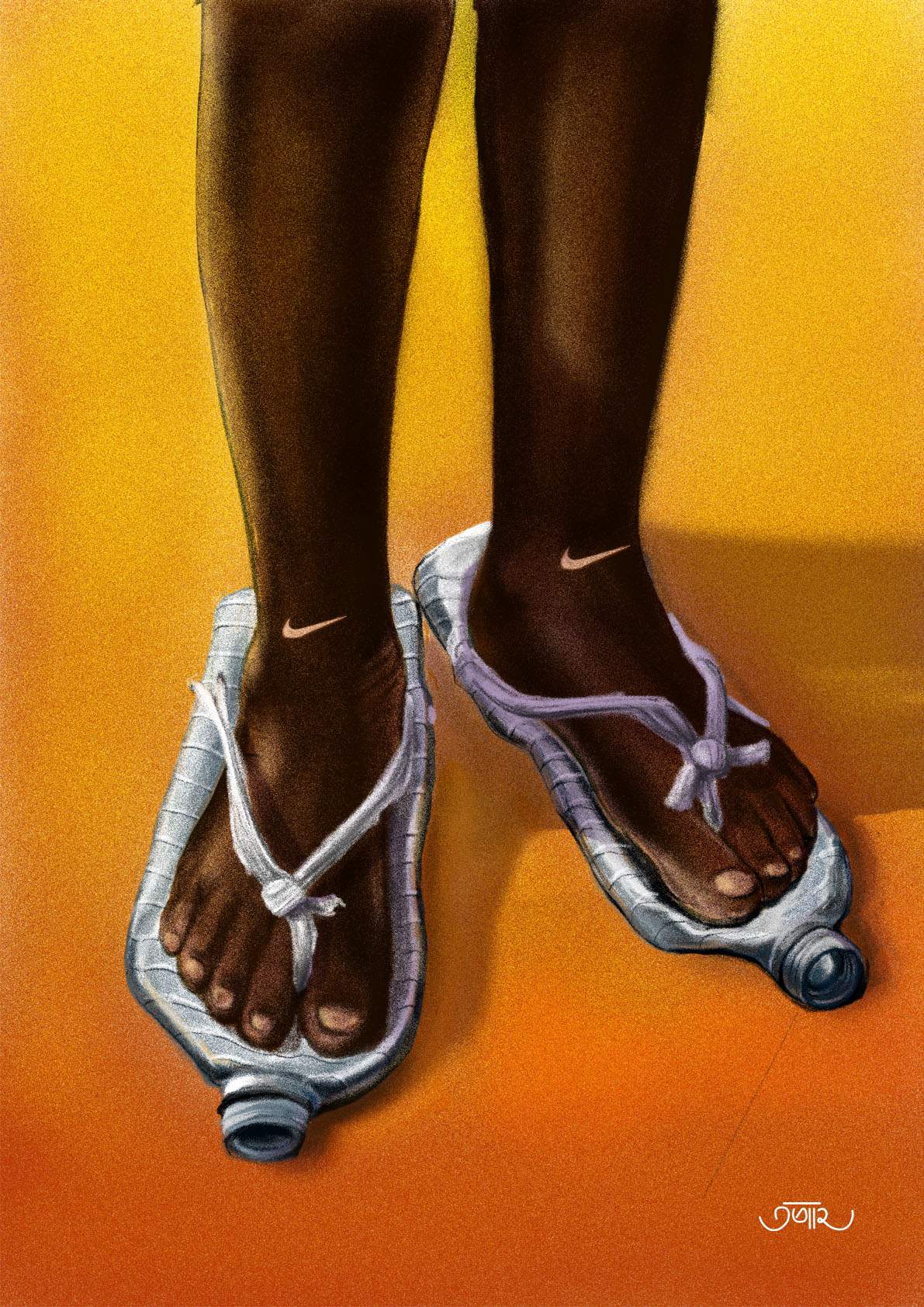