Love homemade pickles? If you live in Kerala, check out the products of Athey Nallatha, a collective of home chefs

Athey Nallatha is a collective of housewives who are selling homemade food products, like pickles, with the help of two MBA graduates. We find out how the operation has worked so far

Two MBA graduates, Hafez Rahman (28) and Akshay Raveendran (25), admit that they lost some of their sanity during the lockdown, like the best of us. Having lost interest in their mundane jobs and feeling hyperactive within their homes, a comment from Hafez’s mother tipped the scales for them. “Since so many people are losing their jobs, why don’t you start something that can help them?” she asked Hafez, who was an HR professional at the time.

They didn’t know exactly how to do it but the duo began by quitting their jobs. Hafez says, “Since the thought came from an Amma, we knew that we wanted to start something that would benefit other women like her. Slowly we gravitated towards the ideas of grandmothers’ recipes and pickles.” They set up Athey Nallatha (Yes, it’s good), which sources homemade food, like pickles, from housewives around Kochi, with a centralised kitchen in Kakkanad.

“I am someone who loves pickles, I eat it with at least two meals on most days,” he says, “Most of the initial work was research. We searched across harbours for the best prawns to pickle at the best price and we realised that we had been consuming a small amount of poison every day because the big companies that we all usually buy from use surplus produce or rotten prawns so that they can sell it at a cheaper rate. We faced a lot of competition because of the competitive pricing.” 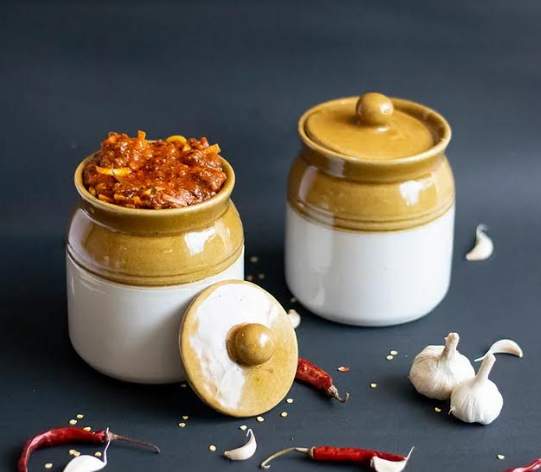 Having started with their mothers, the company has now branched over to 40 women. Currently, they have five standardised variants of fusion pickles. A new batch is expected to launch in two weeks with two new flavours in the pipeline. They work with small fragmented units in four parts of the city. Garlic peeling and vegetable cutting takes place in Paravoor, their prawns are sourced directly from fishing boats in Panangad.

Hafez says, “Initially, we actually thought that it would be hard to coordinate with these women since they have a lot of other family responsibilities. But they threw all our doubts out the window. We were awestruck by the quality and efficiency they provided. There is an unbelievable passion for the work in each one of them. Having worked in HR, I haven’t seen this kind of involvement from any age group. It opened our eyes.”

The team has now launched a project called Nallatha. Aimed at making their way into the market and widening the community, it involves training the chefs in sales. Over the last one and a half months, they have been building a social contract where the women have been taught to market their products on social media platforms. But they have a strict ‘No Targets’ rule, if a profit is made, each member gets a portion of it.