Sharanya Eshwar, a budding ventriloquist is telling stories and entertaining schoolkids with her puppet Dakota. She says that the lockdown period was one of the best time to work on these skills

As adults, we just don't get excited when we talk to a doll. But what happens when a doll talks back to us? You inevitably get the excited, believes Sharanya Eshwar who is a YouTuber, painter, content writer by profession and now a ventriloquist. A few days back, Sharanya did her first offline show along with her puppet Dakota at Ragi Kana — a place where cultural activities happen during weekends for kids and adults. As many as fifty kids gathered here and they were happy to see Sharanya's puppet speak, sing and answer all their questions.

While youngsters these days are more attuned to stand-up comedy, open mic performances, theatre and other creative outlets, Sharanya has explored ventriloquism during the lockdown. But what led this 23-year-old to explore this rather unique hobby? She explains, "When I was at school, a famous woman ventriloquist, Indushree Raveendra visited us and she performed really well. I was shocked to see her lips not move, while she was able to change her voice according to the male and female puppet characters. I shared this with my father and told him that I too want to become a ventriloquist. Though it was on my mind from childhood, I had never explored it. It was  during the lockdown that I finally did try ventriloquism." 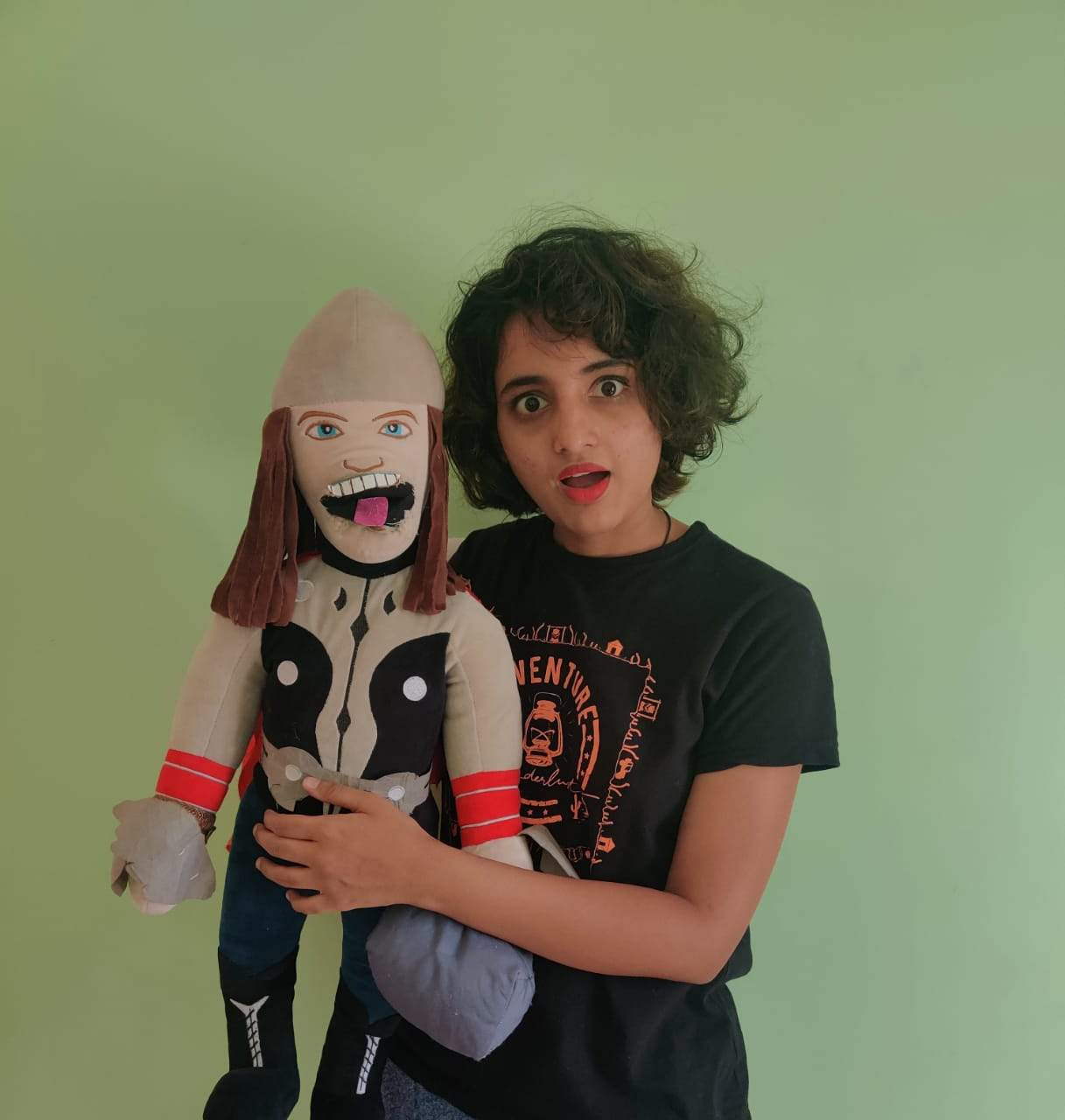 Initially, it was a bit tough for Sharanya to talk without moving her lips. She says, "Some letters like P, M and V could not be pronounced without moving our lips. I practiced speaking without moving my lips for a month or so. Every night when my office work was done, I would stand in front of mirror and practice. Initially, I designed socks like a doll and moved my hand by wearing it. Once I learnt the skill of speaking without moving my lips, I started looking for puppets. But I could hardly find them in the market. Therefore, I bought a doll from a local store. I cut the doll and designed it in a way that I could insert my hands in it and make it speak. Of course, the cutting and stitching of a doll was not easy and it took a month for me. At one point in time, I felt that it is not my cup of tea and nearly dropped the idea of ventriloquism." But perseverence is a strange thing. And thus, Dakota was born.

Finally, the doll was ready and Sharanya named it as Dakota which means friendly person or ally. "I have done two shows so far - one virtual and one live - both of which lasted an hour. Since I wanted a perfect puppet, I have ordered one online, but they are expensive. I spent Rs 15,000 to buy this puppet and will be soon replacing the homemade Dakota with the 'real' one in my shows. Further, I will be approaching government schools and library spaces to entertain children through ventriloquism. Because this is the best form of story telling. Besides this, I will also use my skills to put up shows to speak on current issues happening around the world and in the country," she concludes.