This Architecture graduate is creating awareness about long-forgotten Tamil artforms

Traditions and culture seldom stand the test of time. Yes, some do survive but there's so much that is often forgotten down the line. But what if there was an innovative way to revive some of these traditions for the modern times, especially the current generation? 23-year-old Prathiusha Saravanan is trying to do exactly that through her range of merchandise that is on display on her Instagram page @the_saayal. With a range of notebooks, bookmarks, calendars and keychain holders, Prathiusha is trying to bring a modern touch to long-forgotten artforms, fabrics and even musical instruments.

To make the 2021 calendar, Prathiusha collaborated with her classmate Tharun Sekhar from Uru Custom Instruments, a company that aims to revive lost musical instruments

A self-taught artist and an Architecture graduate from Adhiyamaan College of Engineering, Hosur, where she graduated from in 2019, Prathiusha says that she has been painting since childhood. "I would paint for my friends and relatives. I got interested in traditional artforms and would try and replicate them. It was fascinating to know how they were made. This continued during my college days. Even while studying Architecture, I wouldn't leave any opportunity to create art," she says. Gradually, her confidence grew. "From making miniature artwork, I moved on to painting on large canvases. I even experimented with other mediums like glass painting," says Prathiusha about her tryst with different mediums. 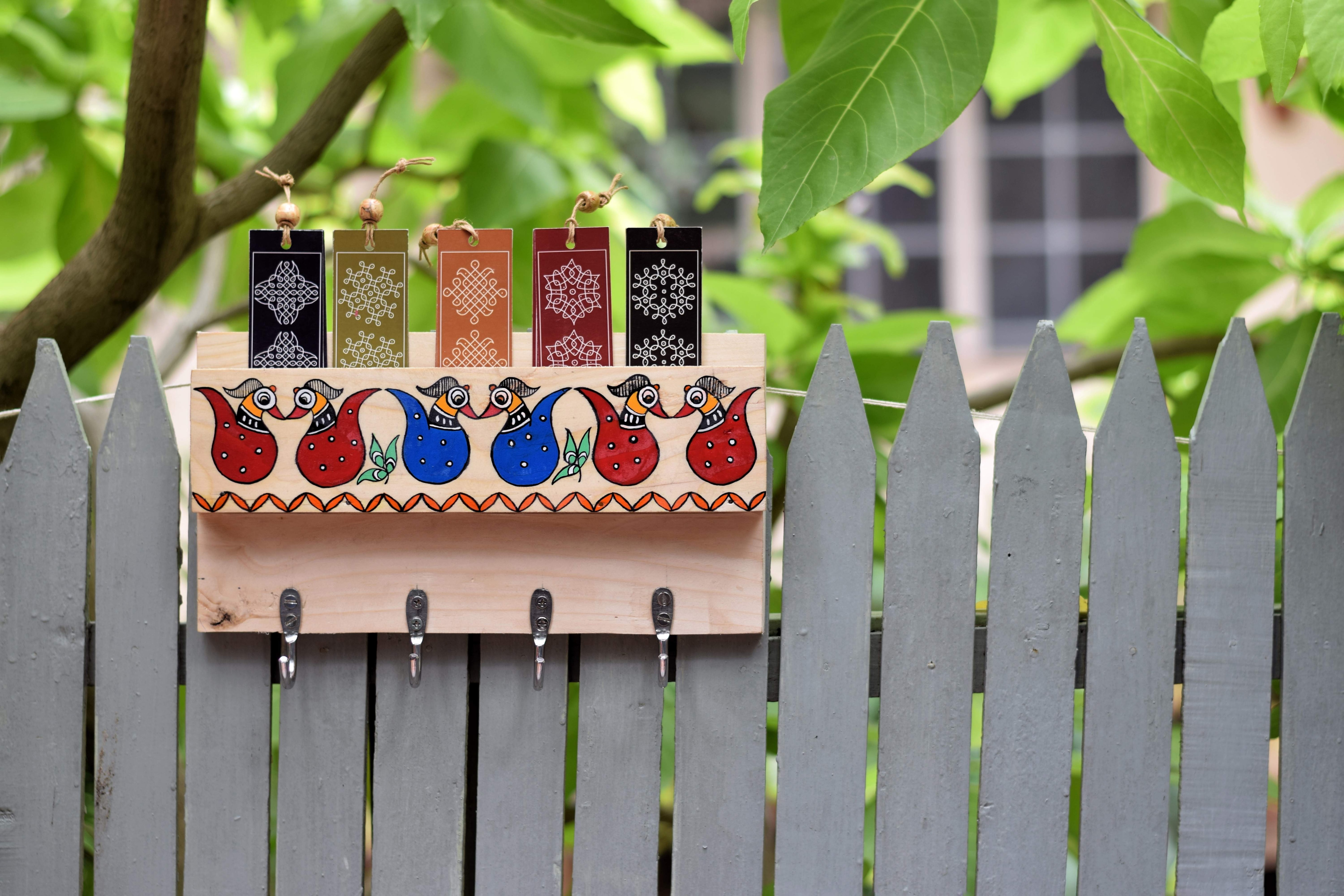 It was during her fourth year of college when she interned at Bengaluru that she found the opportunity to visit some art expos. "I noticed that the traditional artforms were nowhere to be found. There are so many great traditional artisans but they seem to be losing their importance. That is when I decided to create awareness about these traditional artforms, especially among the youth," says the resident of Karur about her decision to launch Saayal, which means resemblance or taking something from the roots.

Prathiusha first chanced upon calendar-making while thinking of a gift for her colleague during a game of Secret Santa at her workplace. She believes the handmade calendar made a mark and influenced her decision to make merchandise with ancient artforms

In her first year, she made a calendar in both English and Tamil, consisting of Kollam art. This was in 2019. For 2020, she decided to revive the ancient sungudi fabric. She not only incorporated it in her calendar but in her keychain holders too. "Sungudi is a type of tie-dye fabric that originated in Madurai and was made by Saurashtrians. These days, it's made with artificial dyes and wax prints. But traditional sungudi saris would take around a week to make and has over 5,000 knots while dyeing. The cloth is dipped in natural dyes," explains Prathiusha. In 2021, she decided to create a calendar based on forgotten and lost musical instruments. Prathiusha has also found an innovative way to convey her messages to her followers. "I created a character called Chittu, a bird who speaks on my behalf. In 2020, I decided to portray sungudi cloth and different temples in Tamil Nadu and the character was made to take the people on a journey through various parts of the state," recalls Prathiusha. And not only that, she also ensures that her art gives recognition to people actually practising it.