Having started it as a hobby, Priya now runs a small business where she embroiders everyday items with unique themes that celebrate the little things in life that are important to all of us

It started as an innocent hobby. Priya Sreekumar knew she wasn't meant to be an engineer just a few weeks into her Electronics and Communication course at St Joseph's College in Pala. So whenever she'd find some time after college hours, she'd make little gifts for her closest friends and family. "I used to make them on demand. In our fourth year, while everyone else was occupied with placements, I realised that I had a lot of time on my hands. That's when I really found enough time for art."

In 2019, Priya started to share her work online through social media and set up a small business. As far as embroidery in Kerala was concerned, her designs were unlike anything anyone else was doing. From little embroidered books and keychains to the Spotify codes of people's favourite songs craftfully threaded on to their denim jackets, Priya used her own hobby to celebrate those of others. 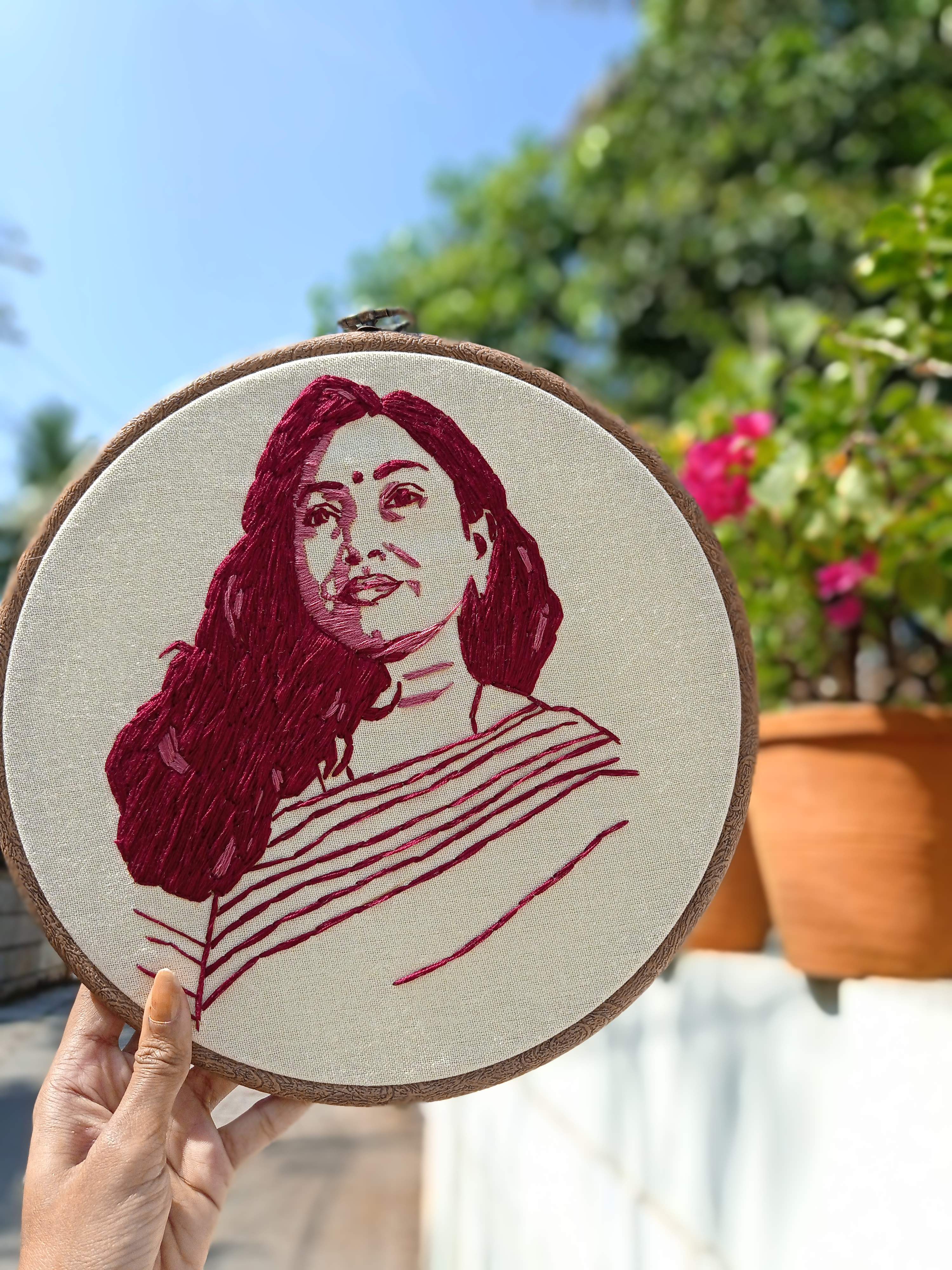 She says, "I used to make little gifts for my friends even as a child. And in college, I was very sure that I wanted to go a different way. But it took me a long time to realise that it could be more than just a hobby. Even when I began working, I would only do this on the side. But setting up the page and seeing how people shared an interest for life's little things is what pushed me to go ahead with this. I started with paper crafting. It's a little different from embroidery and brings elements of memory keeping, show pieces and all of that."

It was over the last year that she switched over to embroidery. When the lockdown hit, Priya, who was working as a content writer for a firm, went back home to Mavelikkara where she began working. Unable to source the materials necessary to make her paper crafts, she decided to turn to embroidery and was overjoyed by the creative freedom it gave her. In the time that she was home, she not only rebranded the image of her work but also found a new area where she believed her designs would make a real splash.

"Some of my work was celebrated by a lot of artists," she says, "It gave me a healthy push to keep doing this. Recently, I collaborated with artist Ahaana Krishna where she wore my Spring Awakening beanie and a lot of people fell in love with it. Most embroidery artists in Kerala constrict themselves to working inside hoops or making masks. Very few people use the medium to its full potential. And since I experiment with everyday things like shoes, bags and shirts, it's helped more people see the appeal."