After winning gold a the Mental Calculation World Championships, Neelakantha Bhanu Prakash is on a mission to change the way mathematics is taught

Having been tagged the ‘Fastest Human Calculator’, Neelakantha Bhanu Prakash’s legacy has been one glorious equation solving itself. Dubbed the ‘Usain Bolt of Mathematics’ by international media, the final year BSc student from St Stephen’s College added the latest feather to his cap this year when he won gold in the Mental Calculation World Championship at the Mind Sports Olympiad 2020 held virtually in the UK. We speak to him about his plans to promote a new 'vision' in math education and what it means to hold the title. Excerpts:

When did you first develop an interest for Mathematics as a subject? How did you first work towards training yourself to master it?
In 2005, an accident rendered me bedridden for a year, with doctors speculating over whether I would have any long term effects. However, my parents refused to believe them. They encouraged me to solve puzzles in an attempt to boost my brain. And contrary to the doctor’s predictions, ten years later I went on to break a world record held by Scott Flansburg to become the world’s fastest human calculator. I started working on math, by initially going for regional speed arithmetic championships and tried the methods of abacus and vedic math, eventually finalising on a hybrid model which helped me get where I am today.

As a student of Mathematics, how do you hope to use your skills to benefit society?
‘Vision Math’ is a global movement that I called out for to promote the view that the global definitions of mathematical education have to change. Three out of every four students across the world are math-phobic. The Arithmetic Literacy Establishment is the first step towards improving a country’s mathematical competence. With this movement and my start-up Exploring Infinities, I wish to promote and nurture math education in students through experiential narratives to learn math as not only a subject but as a sport and an art form. My firm is venturing out as a serious start-up with a standard mobile app of gamified learning for enhancing cognitive abilities like memory, sensory precision and mental computation through psychology research-backed games, learning and being inspired from my journey in becoming the world's fastest human calculator. 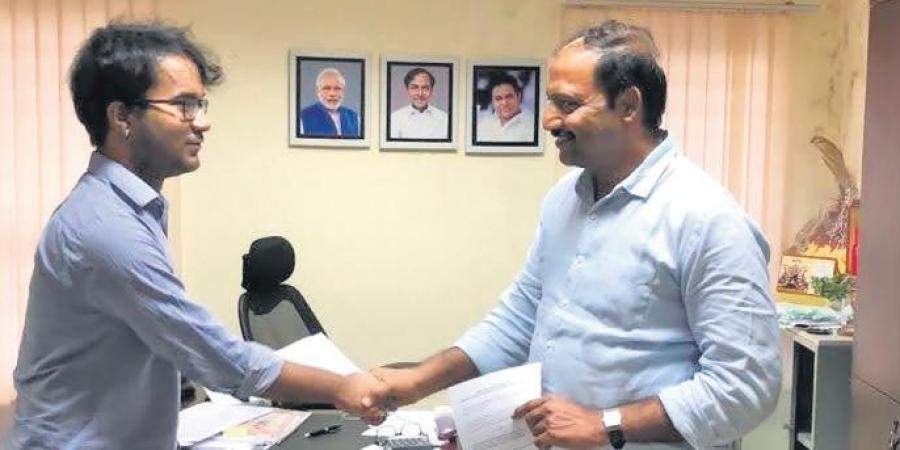 DO THE MATH: The record holder wants to change the way the subject is taught

My mission is to make the brain a part of popular culture. Based on data and learning from my engagement of over two years with schools, including several private schools, Exploring Infinities is rolling out a mobile gaming app on cognitive ability development through math learning for classes 1-12 where students will be able to enjoy gaming and finish brain workouts while developing mental computation skills, memory skills and a better focus on mathematics.

Tell us about the Mental Calculation World Championship. How did you prepare yourself for this feat?
The Mind Sports Olympiad is one of the most prestigious competitions there is in the world of mental calculation. I was selected among 30 people to represent our own countries on a global level. As far as preparation is concerned, I have four World Records and 50 Limca Records, so I was more than aware of what to expect. I put one month of effort into understanding and getting myself back on track because I was inactive from mental calculation championships for the past three years because I was trying to figure out how my skills could be used to help people. So the real preparation was to brush up on my skills and get back on track.

This is not your first accreditation in this field. How does it feel to have the tag of ‘Fastest Human Calculator’ as an undergraduate? What weight do you believe that this status holds?
The tag has been amplified after this win. I personally believe that the day on which I actually established myself was when I was 17. I was not even a graduate back then. So, I think I've gotten an understanding of what I represent. The tag comes with some weight and responsibilities which I feel today with the amount of press coverage and people’s response. There’s a lot more for me to do. One step towards this is to eradicate math phobia and establish arithmetic literacy one step at a time. I also want to push reform around how math education is defined.