Trafficking Jam: Why India's human trafficking problem has skyrocketed during the COVID-19 pandemic

Every time there has been a crisis, the number of trafficked children have erupted and this pandemic might not paint a different picture but are we equipped enough to handle it?

Smita Sahu*, a 17-year-old from Odisha, went missing in April 2020. She is believed to have been trafficked outside the state even in the early stages of the lockdown. Amita Joardar* and Ruksana*, two 15-year-olds from West Bengal who were abducted in early March were finally rescued on June 25 from Gujarat after they managed to call home earlier that month. But the lockdown had slowed down those rescue initiatives as well. Activists and anti-human trafficking advocates have been cautioning that there has been a rise in the number of child trafficking cases during the lockdown and a spurt after the restrictions were lifted. To top that off, a survey has also stated that only 27 per cent of the Anti-Human Trafficking Units (AHTUs) are functional at present. Can the government and civic society control the spurt of cases which are not even being reported? 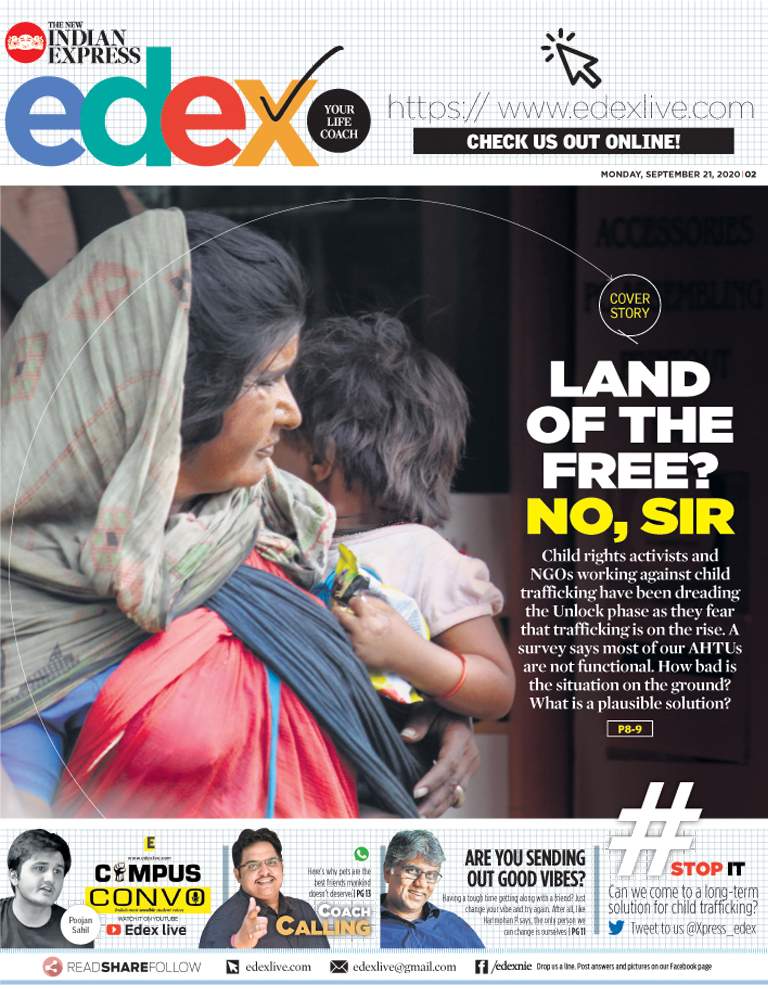 Why is there a rise?
Every time there has been a crisis, the number of trafficked children have erupted and this pandemic might not paint a different picture, said Priti Mahara, Director, Policy Research and Advocacy, Child Rights and You (CRY). "Documented experiences of previous disasters like the Ebola virus outbreak, floods and earthquakes show that after any humanitarian crisis vulnerabilities, cases of unsafe migrations increase, and this holds true for cases of trafficking as well. There are massive livelihood issues resulting in an increase of multi-dimensional poverty, escalated by the pandemic and back to back natural disasters like cyclones in West Bengal and Maharashtra, locust attacks in the central India and floods in Assam and Bihar," she said. "According to several of our partner organisations’ experiences, there are instances where children are being pushed into labour situations as the local unorganised sectors have a demand for cheap labour. Cases of child marriage have been reported too, where children either got approval from their parents, or parents arranged marriages to cover up the stigma and apprehension of possible elopements," Priti added. 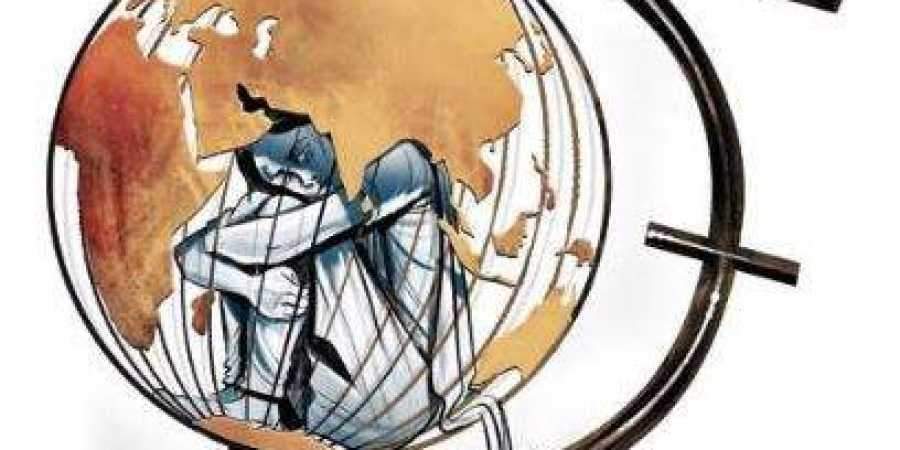 Are the poor the only target?
But children from marginalised sections are not the only ones exposed to the threat of trafficking. Perpetrators are using the internet to connect with children and lure them out — this online predatory game has increased multifold during the lockdown. "The children, even from well-to-do households, who have access to the internet, are being lured by the traffickers who connect with them and chat online. The caregivers or parents are not aware of the online safety protocols to be followed. There is still a huge gap when it comes to parents and teachers interacting with the children. It is very important to bridge that gap. You can't just give the kids a smartphone and leave them unsupervised. We need to talk to our children about what they should and should not do. What to do when someone invites them to a chat — these should be discussed," Priti said. "There is a need for extensive awareness drives where schools, NGOs should also take part. The government should also work with the social media platforms to make it a safer place for children," she added.

Cases of elopement or luring teenagers with the promise to marry has increased during the lockdown and is increasing in the post-lockdown phase, said Pinaki Sinha, whose organisation Sanlaap is based out of Kolkata. "We are helping around three individuals everyday rescued by the police from such cases at our shelter home. And these cases are definitely in the rise. Cases of child trafficking are also expected to rise in the post-lockdown phase as the transportations are being opened up. Even during the lockdown, we had rescued 15 girls — nine of them minors and four from Bangladesh — from Murshidabad district in West Bengal," said Pinaki. 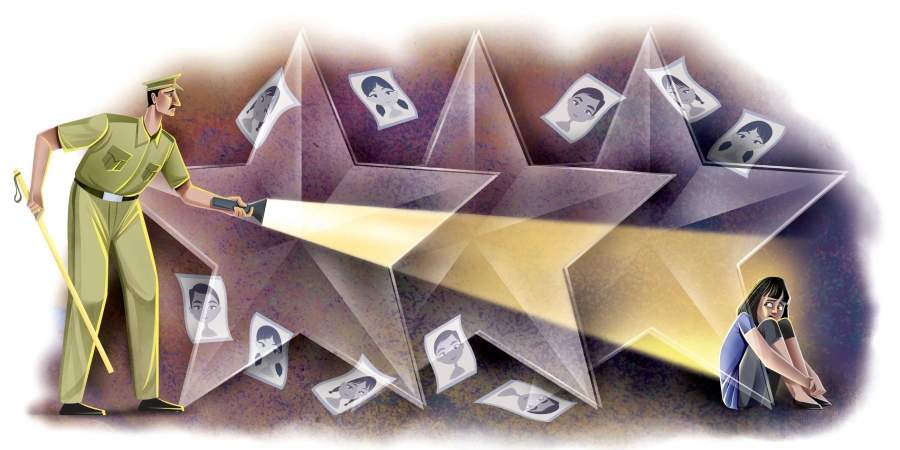 Stress pushing the kids away?
The lockdown has also put a lot of pressure on the mental health of children and that might have been the reason why there has been a rise in the cases of elopement or voluntarily running away from home with even strangers, said Reena Banerjee, who runs Navsrishti, an NGO in Delhi which is also supported by CRY. "The children felt suffocated in some instances and they felt they were being monitored more than ever which pushed them to run away," said Reena. Atul Kumar, the Project Coordinator at Navsrishti, said that two-thirds of the children who go missing every year are teenagers and the major reason is the lack of communication with the parents. "They are being told where not to go, whom they should not speak to but there is no proper communication. The children have no one to really talk to. This instigates them to find a way out and when an opportunity presents itself they grab hold of it," he said.

Why are dedicated forces needed?
A recent survey by Sanjog, a technical resource organisation, and Tafteesh, a coalition of lawyers, activists,  social workers and survivor leaders, on the operational competence of Anti-Human Trafficking Units (AHTUs) across India found that only 27 per cent of the AHTUs are functional and only 51 per cent have all the power and resources. Kaushik Gupta, Advocate at the Calcutta High Court, who also leads the legal team at Tafteesh said that the major issue is with police officers not being appointed on independent duty for the AHTUs. "An AHTU requires to be headed by an Inspector but lot of the police stations have a Sub-Inspector as their Officer-in-Charge. Then how will they form an AHTU unit there? Even when there is an AHTU, most of the officers are appointed in additional charge. If the other duty they have is being part of a security team of a minister, it is common sense which he would have to give preference to," he said.

Can they refute a complaint?
More often than not we hear policemen tell the victim's families that they cannot register a missing person's report unless they are missing for more than 24 hours. But there is no such law in India, said Kaushik. "On the contrary, Section 166A of the Indian Penal Code (IPC) says that if a police officer does not record a complaint of rape or crime against women or children, there will be criminal proceedings initiated against them. A division bench of the Calcutta High Court had also passed a judgement, State of West Bengal vs Sangeeta Sahu, where it says that a case of trafficking has to be transferred to the AHTU within 24 hours of lodging the complaint. But there is not enough awareness about these. A lot of police officers themselves do not know about Section 166 A," he added. 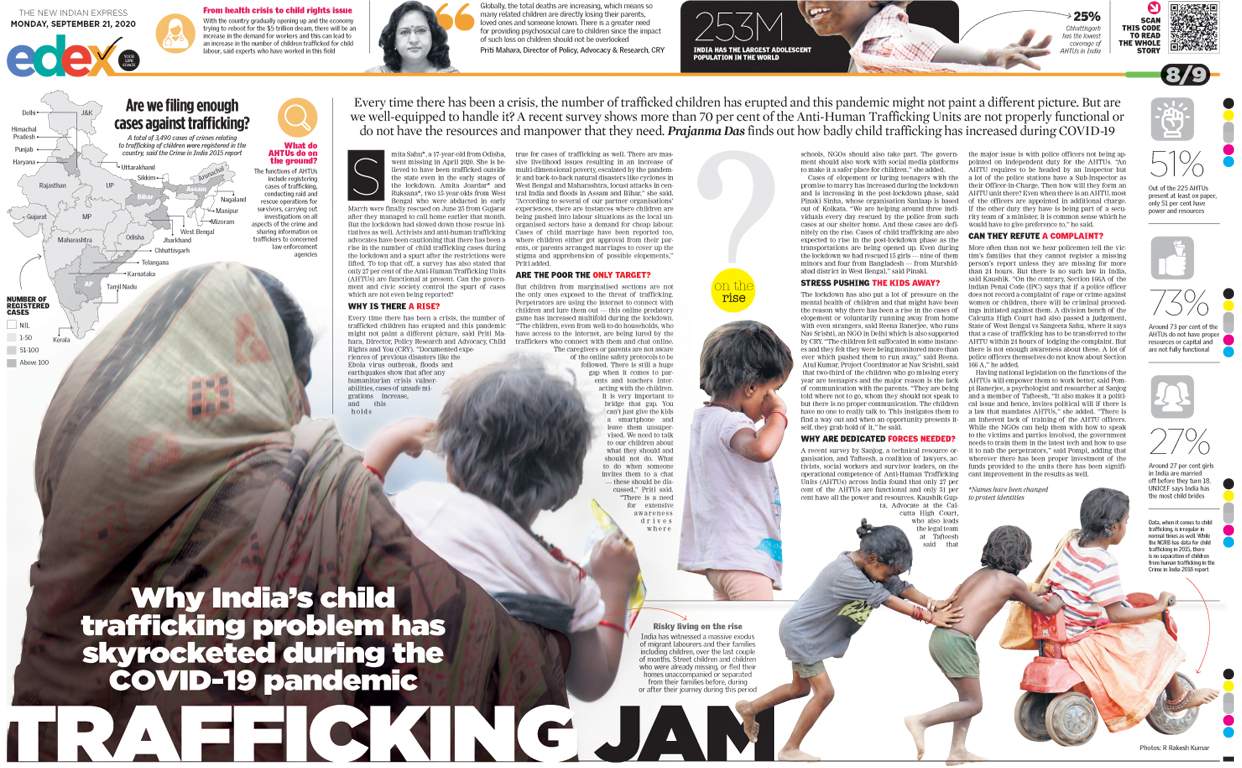 Having national legislation on the functions of the AHTUs will empower them to work better, said Pompi Banerjee, a psychologist and researcher at Sanjog and a member of Tafteesh, "A legislation ensures that there is separate fundings for every function of the AHTUs. It also makes it a political issue and hence invites political will if there is a law that mandates AHTUs," she added. "There is an inherent lack of training of the AHTU officers. While the NGOs can help them with how to speak to the victims and parties involved, the government needs to train them in the latest tech and how to use it to nab the perpetrators," said Pompi adding that wherever there has been proper investment of the funds provided to the units there has been significant improvement in the results as well. Health crisis to child rights crisis — not a long road
As the country gradually opens up and the economy tries to reboot, there will be an increase in the demand for workers and this can lead to an increase in the number of children trafficked for child labour. Detachment from education for a few months will also lead them to be more vulnerable for child trafficking and finally end up as a child labourer, said Priti. "Globally the total deaths are increasing which means so many related children are directly losing their parents, loved one and someone known. There is a greater need for providing psychosocial care to children since the impact of such loss on children should not be overlooked. There is emerging evidence that violence against children is increasing in all different forms, from domestic violence and abuse at home. In the words of the UN Secretary-General, What began as a health crisis, risks evolving into a broader child-rights crisis," said Priti.

*Names have been changed to protect identities