Growing up, the world around Firos Assan was bursting with colour. He grew up with his four sisters in a small hut made of straw beneath a towering mountain in Vatakara, Kozhikode. Although he describes himself as one who was born into a world of difficulties, he credits the sight of mountains and forests as far as his eyes could see as the reason he chose to focus on all the beauty around him instead.

An artist from the age of 6, Assan has imprinted his work on some of the greatest stadiums in the country to Kannur’s very first airport through a 69-metre mural he painted two years ago that stands proudly outside the airport to this day. “Other kids used to come to our house and we would roam the forests in search of the kurukkan (fox) and other wild animals. My paintings were mostly of the flowers and sceneries I saw around me. In fact, I believe I took more risks as an artist during that time!” he laughs. 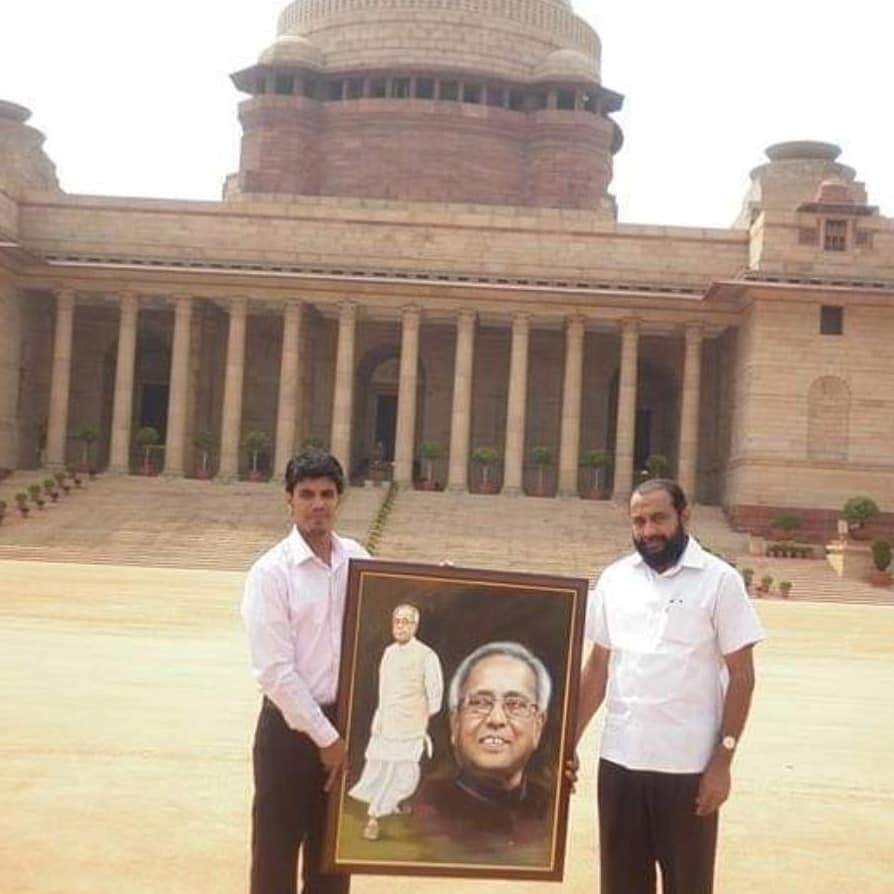 Around the age of 15, he remembers walking 15 kilometres to Mahe to distribute candy to the small stores along the beach to help with his father’s business. The now 40-year-old explains, “By the time I reached high school, there would be a crowd of people waiting outside my house for me to draw banners or pictures for them. There was one election in Vatakara where I had to draw banners for every political party. I waited for the school bell to ring so I could go home and begin painting for people.”

Initially, Firos’ art was just a way of supporting his family. After joining an institution for his degree, he had to drop out in a few months as they could not afford his fees. He began working with small companies in Kozhikode and Kochi where he would paint banners and billboards. It was during this time that he brushed against professional artists at Kozhikode’s Nirakkoottu Arts. And here, he decided that he too would practise the art he loved, for himself.

Firos began by drawing the people he loved. At the age of 20, he was able to personally gift a portrait of Dr APJ Abdul Kalam to the former president. Thanks to lifelike portraits of great cricket players like Kapil Dev, Sachin Tendulkar, Sunil Gavaskar and MS Dhoni, he has not only met the sportsmen personally, but he has also imprinted his work in major stadiums in Bengaluru, Chennai and Hyderabad.