In 2014, Anubha Mahajan was diagnosed with what has been called the invisible condition: Complex Regional Pain Syndrome. For years, she dedicated time and research to educating herself about the condition and what she needed to do to deal with the physical and mental toll it had taken on her health. Three years later, she remembers meeting a young girl at her gym in Bengaluru who had the same condition and desperately needed to know more about it and how to live with it. Unfortunately, they were never able to speak because heavy rains broke out in the city and Anubha had to catch the last cab home.

"The run-in with the young girl really intrigued me," says the 29-year-old. "I am a dentist by profession, so being from the health community, I understand my rare disease and I understood the pain. But there is so much more to living with a condition that is constantly affecting your body. I, personally, had to learn about it completely on my own. During the time, there was no community to listen or share these experiences with. This girl wanted to meet me because she thought I might have the answers. She was living with chronic pain and no one to help her deal with it. She was supposed to give me a call later, but it never happened." 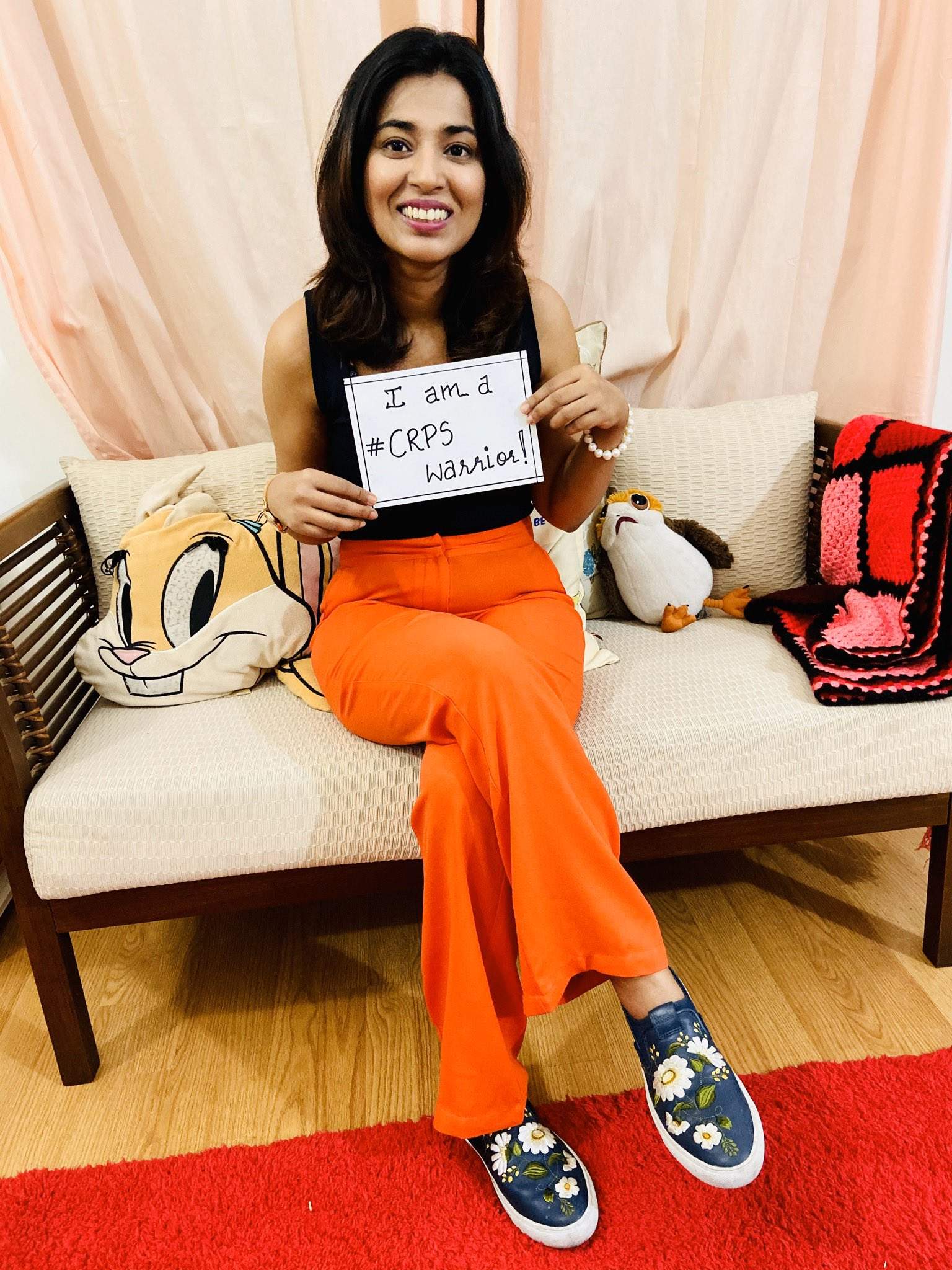 Anubha began by speaking to her friends and volunteering with organisations that catered to people with disabilities. On June 2017, she started a Twitter account with the handle Chronic Pain India with the simple intention of offering people a platform to share their experiences and stories of chronic pain and the website chronicpainindia.com was set up. In just a matter of months, she discovered that there were hundreds of people waiting to share their stories and struggling to navigate the demands and impact of their conditions. Eventually, the page branched out to other online platforms like Instagram, Facebook, Pinterest and LinkedIn.

"There is a lot of stigma and stereotypes around chronic pain," she says. "Whenever I'm doing a talk around chronic pain or anything, I usually use visualisation as a medium of expression. I use art as a medium of therapy and advocacy. You cannot just put a PPT in front of people. You are just reading four points on a board, not understanding what is really happening or what this pain actually feels like." 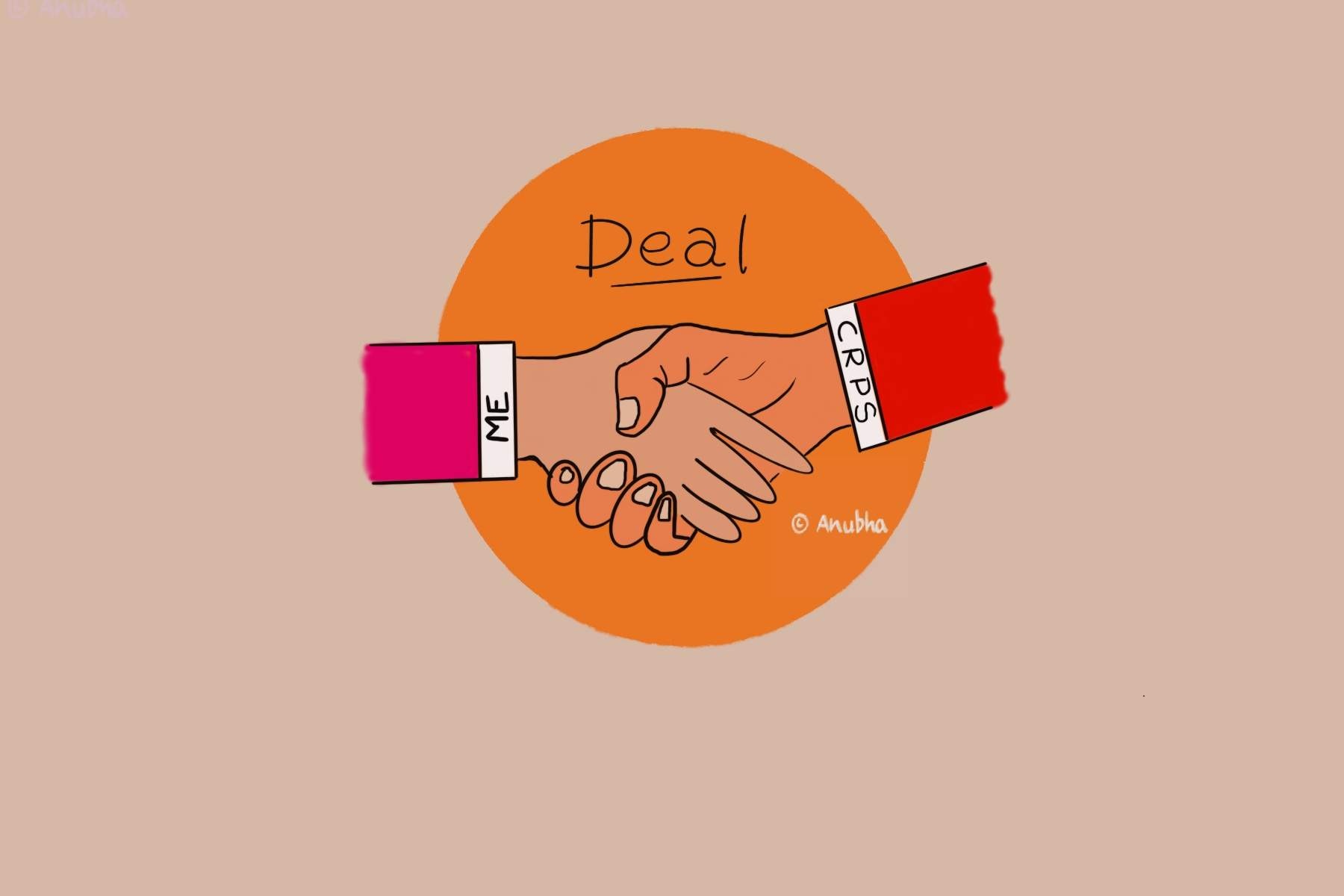 As the page began reaching more people, she decided to expand what it offered. In 2019, Chronic Pain India was officially registered as an organisation. According to the World Health Organisation, more than 25 to 30 per cent of the world's population is struggling with chronic pain. And according to Anubha, those who deal with these conditions in India do not get the visibility they deserve. So the page now functions as a voice for the community by offering information and support, in addition to advocating for real time policy changes on how the issue is dealt with.

Last month, during Chronic Pain Awareness Month, the community shared their largest number of stories and featured great personalities in the country who live with chronic pain. And recently, India's disability sector has begun to notice them. This year, Anubha was chosen as a national consultant for the voluntary national review for drafting the Sustainable Development Goals report for the year. They have also worked with universities in the UK and US on understanding the conditions better.  Anubha says, "The real impact of all this was that something that has been invisible for so long finally caught people's attention."