Reduce, reuse and recycle is The Indian Ploggers Army motto. Nagaraj tells us how he has been coordinating with various groups to provide essentials and gadgets  during the pandemic

Why buy new stuff when you can reuse them instead of disposing them and adding to the existing burden on our landfills?" asks G Nagaraj, popularly known as Bengaluru's Plogman. An interesting moniker, don't you think? He recalls, "Back in 2015–16, people didn't know what plogging meant. It all started when Erik Ahlström started plogging in the Swedish capital city of Stockholm in  2016 and also launched a website — plogga.se — encouraging volunteers to be part of this activity. That's how I was inspired by Erik's activities."

From then on, Nagaraj organised various plogging activities across Bengaluru and collaborated with several bloggers across the country. He says, "Since a lot of people did not know the meaning of the word plogging, we used to call it a 'clean up' activity surrounding lakes, parks and streets. That's how I and a few like-minded people came together to form a group The Indian Ploggers Army in 2018. In the same year, my eight-year-old daughter and I plogged for more than 115 hours —participating in marathons, plantation drives and a few other environment-related activities across the city."

While Nagaraj actively participated in these activities, little did he imagine that it would all come to a screeching halt due to a pandemic. But that's when he actually made the most of this platform. Nagaraj explains, "Whenever I went plogging, I would find some of the best products thrown here and there. Sometimes, it would be clothes, shoes, toys and much more. To my surprise, I found a collection of old coins as well. I realised that some people need a particular platform to give away these things to the underprivileged. That's when my team announced that people can give away their old clothes and toys so that they can be reused by others. We spread this word among other smaller groups and the response we got was overwhelming."

Gradually, the group came across women and teenagers who wanted sanitary kits. "In the initial days, when the Government of India announced the lockdown, a lot of individuals and organisations were providing food to the poor. However, the poor lacked sanitary pads and other essentials required to maintain hygiene. So, we announced that people can also donate new sanitary pads made from cloth. We were able to collect more than 300 such cloth pads and distribute them among women. The reason behind asking for cloth pads is because of the reusable factor. Everybody can't afford to buy a new pack of sanitary pads every month," says Nagaraj who believes in breaking the taboo surrounding menstruation. 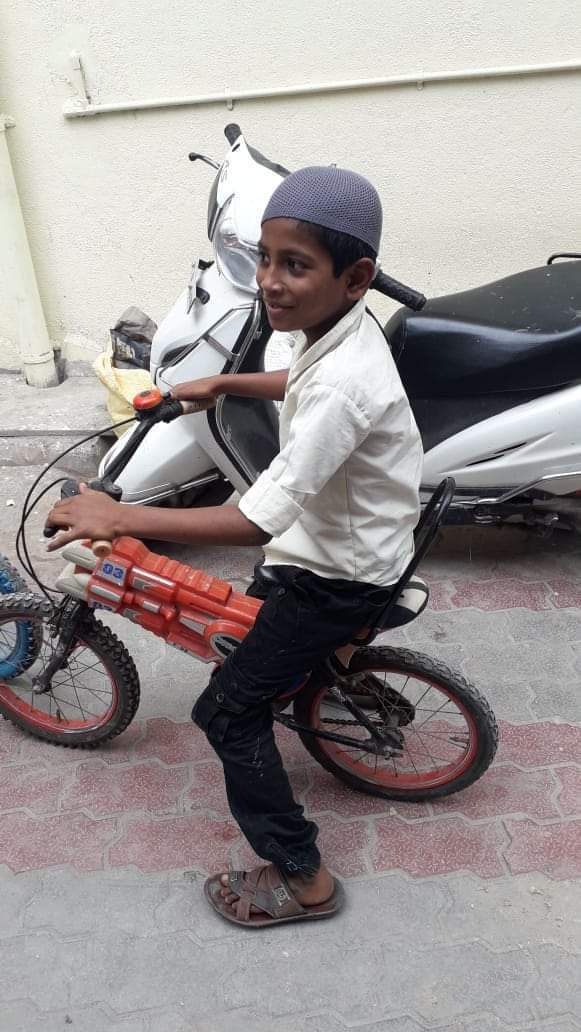 Similarly, the group also called for used laptops and mobile phones that could help poor children or teachers access online classes. He says, "I felt bad when I read the news of a teacher who swam across a river in Kerala to reach school and conduct classes for her students. The reason was the lack of a phone, television or internet. Even my daughters at home would attend their classes on smartphone and laptops. This made me think about children who can't afford to buy these costly gadgets."

Like any other initiative, Nagaraj received positive response from people in Bengaluru. For this, he collaborated with an organisation named Budli.in who would refurbish these gadgets and gave them to people who were in need of it. Nagaraj who was able to collect 25 such electronic gadgets, says, "Not just the underprivileged, we gave away two mobile phones to people in remote villages of Karnataka. In some cases, people themselves got the gadgets repaired and donated it to us." Since there is no certainty on when everything will return to normalcy, The Indian Ploggers Army plans to continue these activities so that they can reduce the burden on our landfills and help the needy by working remotely.
."