Let me introduce a story as far-fetched as they come: A person who has never attempted to create a piece of artwork before teaches himself to draw with every limb on his body and then some. In fact, 19-year old Mohammed Asif from Palakkad draws with both his arms, feet, mouth, nose, eyes and even his hair! Don’t scroll past and look incredulously at your screens, he has an Instagram page to prove it.

It all began at the beginning of the year when his best friend began pestering him to sketch a picture of her boyfriend. Completely indifferent to the art, he would shrug it off each time. The second year student of BA History at Attappady’s RGM College’ reconsidered the decision when the pandemic hit. He says, “On April 6, I realised that I would have be forced to stay at home for longer than I would like, I thought I’d try a hand at it.” 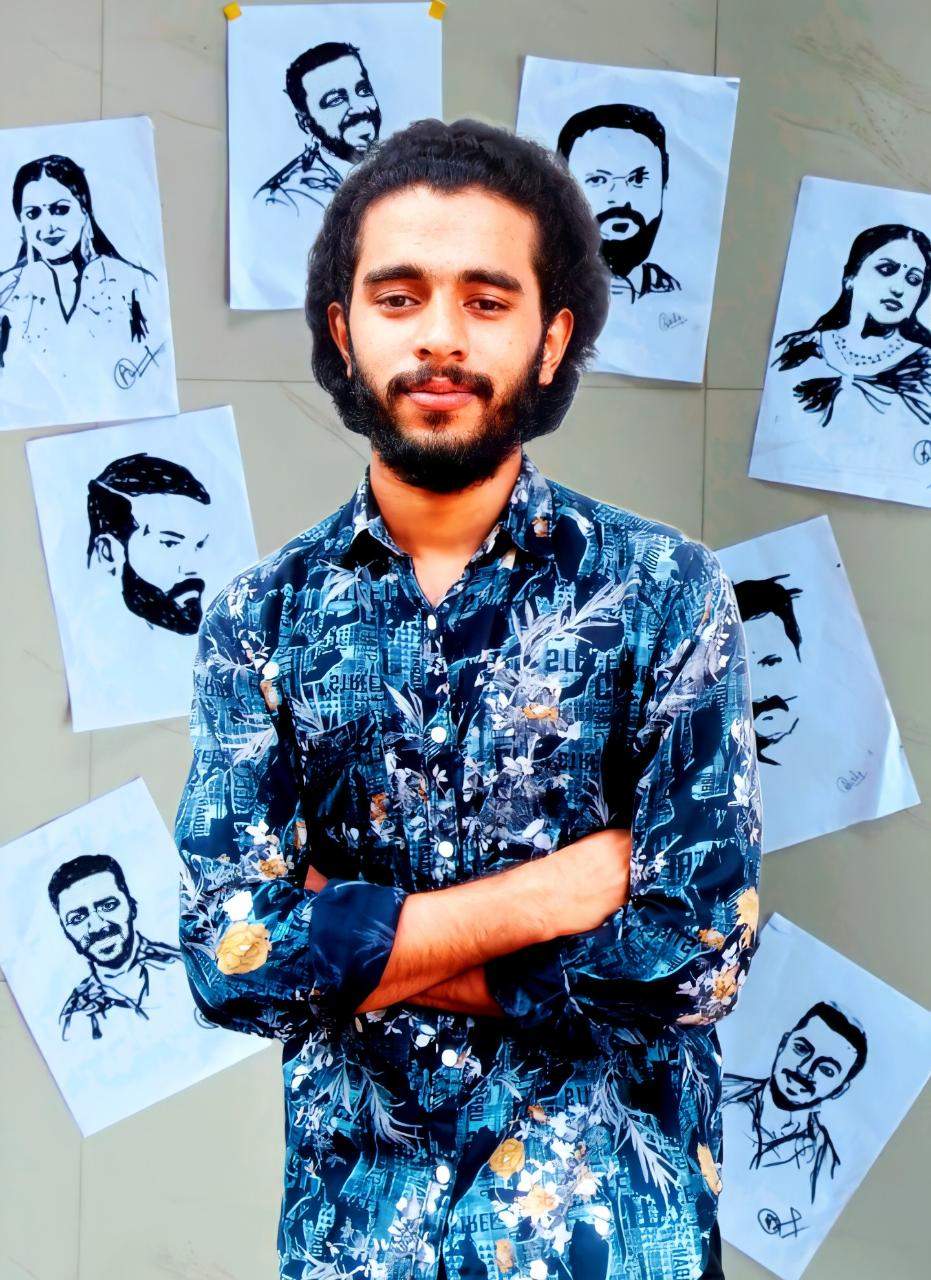 But he ended up trying definitely more than a single hand with pencil sketching. “I wanted to try something different,” he continues. “I’d seen videos of people drawing with both their hands, so I practised and taught myself how to do it. But I kept thinking that this was what everyone does. So I started using my tongue in the place of a paintbrush. I took it one step ahead with my nose and eyelashes. And when I was still unsatisfied, I threw in both hands and even dipped my hair into a bottle of paint!”

Instagram followers were amazed to watch Asif lying down on his back with four pieces of paper positioned against the wall where he simultaneously drew portraits of renowned celebrities with both his hands and feet. Most recently, he fused all six of his body parts to create 6 different portraits of actor Tovino Thomas.

Currently, Asif does a range of commissioned work with a simple charge of 700 for a single photo and 1500 for a couple. So far, he has created more than 50 different pieces of art. Most of his work so far have been pencil sketches of faces, which he taught himself in a matter of months without any professional training. He says, “The only reason I was able to do this was the undying support of my friends. I have the strength to challenge myself and create painting after painting because they believe in my abilities even more than I do.”