Meet Jis Sebastian, a researcher who's making students fall in love with orchids — and preserve them

Jis Sebastian speaks about her years studying orchids, why she's getting students involved in preserving them for posterity and why protecting the plant can help save entire ecosystems

Jis Sebastian has lost a lot of her blood to leeches in various forests along the Western Ghats. But the PhD scholar from Kerala insists it was worth it and has dedicated years of research in the depths of these jungles — studying one of the most fascinating varieties in the plant kingdom: Orchids. On this trail of flowers, she has not only made groundbreaking discoveries, but also cleared the path for many women like her in an industry that hasn’t always been very welcoming.

To get to know this 32-year-old scholar, you need to know what an epiphyte is. Epiphytes are plants that use other trees for mechanical growth and support but do not obtain any nourishment from them. Jis’s current research at Madurai Kamaraj University is on the Ecology of Epiphytic Orchids in the Western Ghats of Kerala. 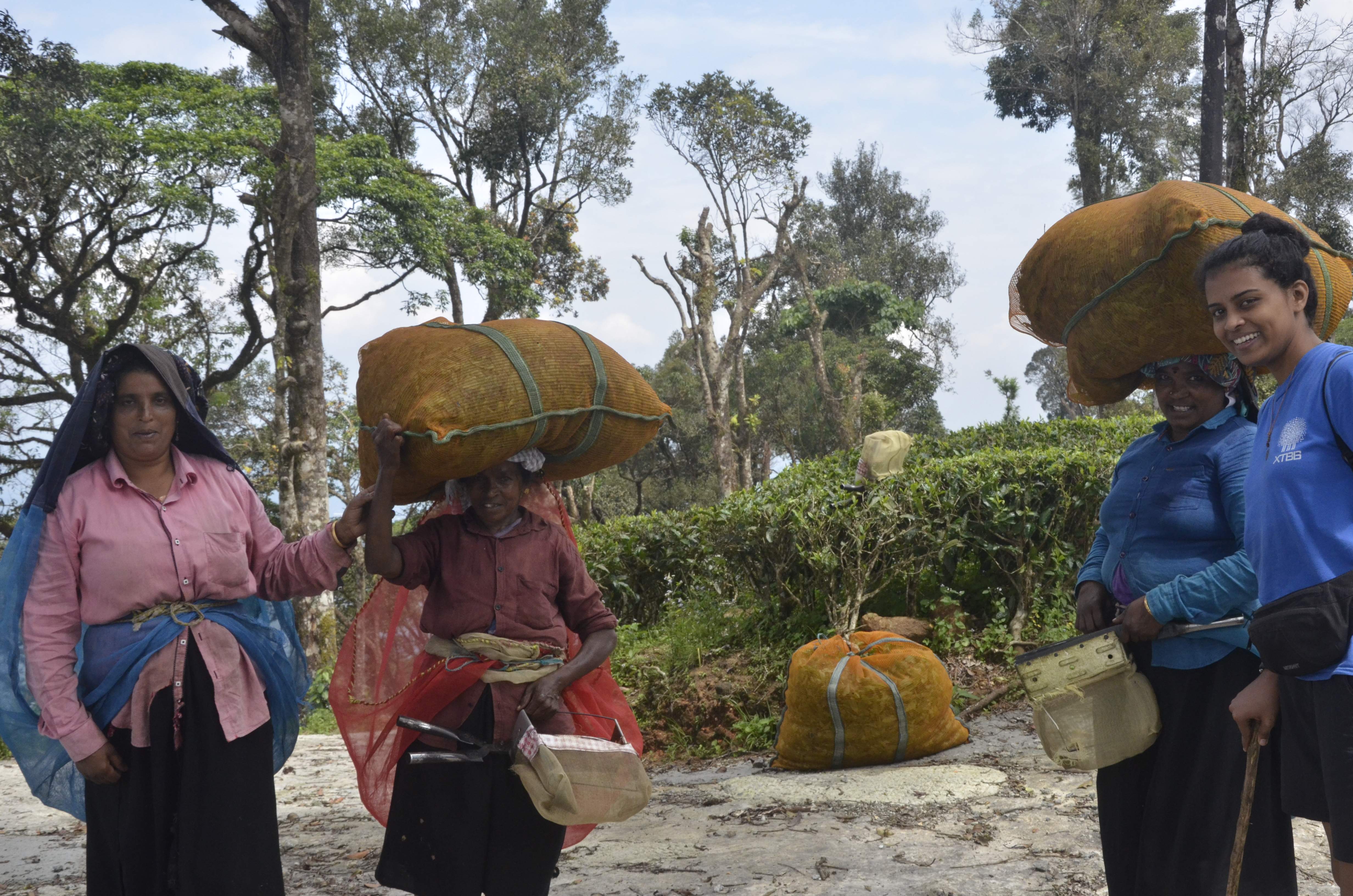 THE CLIMB: Jis worked for 3 years in the Western Himalayas

Ghat to go to the wild
After passing out from the Forest Research Institute Deemed University in Dehradun in 2010, she pursued her Masters in Forestry. This was followed by 3 years in the Western Himalayas where she learned about animal ecology, butterflies and black bears in the area. She says, “Although I was working with animals during my days in Arunachal, I was more fascinated by the orchids there. These hill ranges in Arunachal have huge mature forests with heavy populations of epyphytic orchids. I was curious to know if the climatic conditions had any influence on them on this particular group of plants.”

At the time, Dr Giby Kuriakose, an Assistant Professor in the Department of Botany, Sacred Heart College was embarking on a project in the Western Ghats that hoped to answer the same questions. She moved to Kochi to join the project and started her PhD research on the same subject. The objective was to understand whether the distribution or diversity of the plant depended on habitat, forest type, climate or the environmental factors around it.

Jis worked in the Western Ghats for the next five years. “We found the some of the most threatened and rare orchids from different parts of Kerala and learned that people know very little about them. From our study, we noticed that orchids fall off their canopy (host plant), not just because of weather changes but also because of our actions. For example, I worked in a private plantation in Wayanad where people were removing them because they thought they were parasites.” 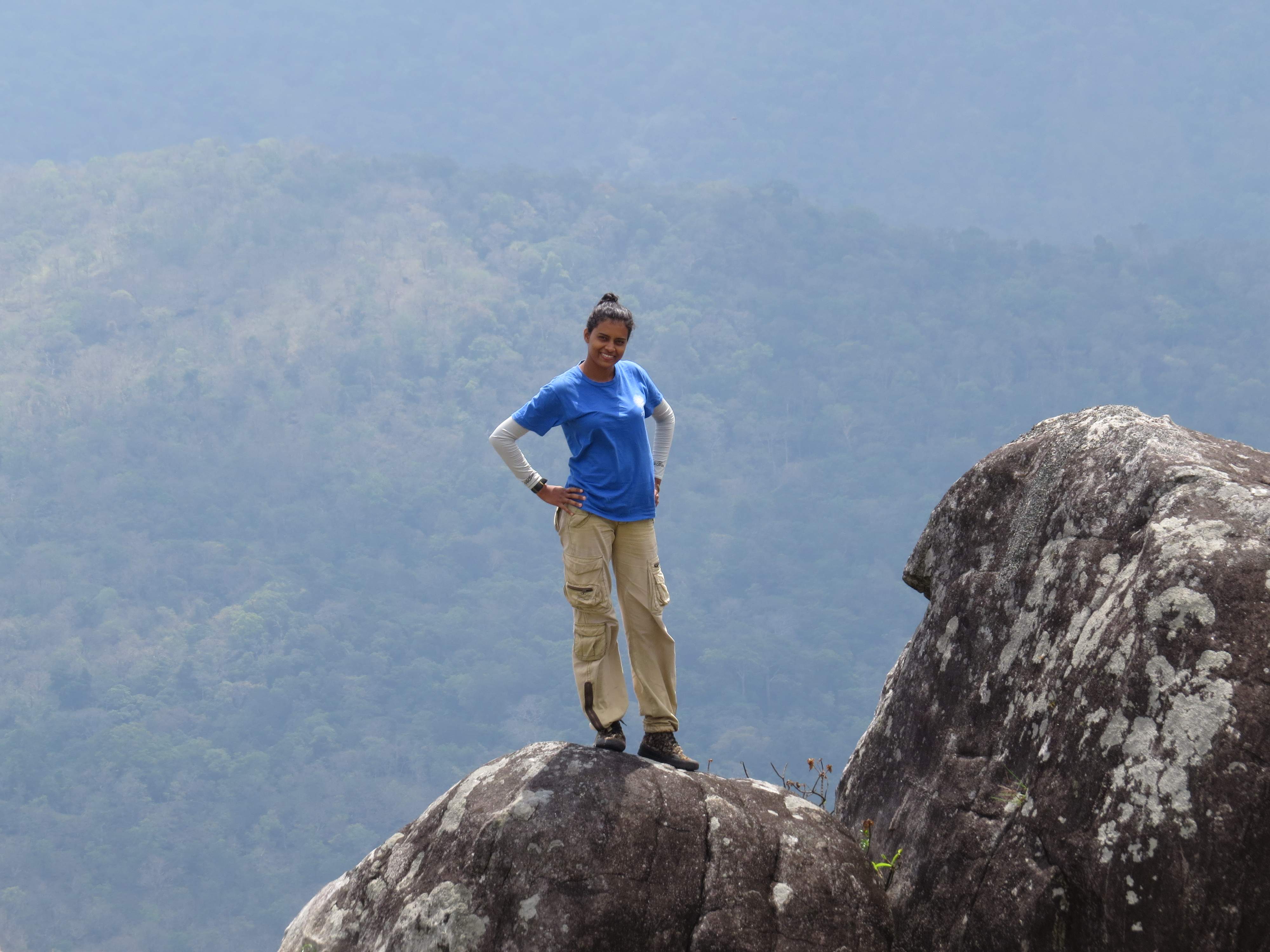 Each microhabitat becomes a space that supports different epiphytes. And if you find a number of different species growing on a single tree, chances are that you are standing in one of the healthier forests in the country. Jis says, with love for the flowering plants dripping with each pronounced word, “Any primary forest that is less disturbed can have a good number of orchids. So epiphytic orchids are an indicator of an undisturbed, complex tropical forest system. So the more orchids you find, the healthier the forest”

She continues, “It’s not only about rescuing and restoring them but about creating interest in orchids as a whole. If you promote orchids, it automatically conserves mature tropical forest systems. We are pushing people to conserve orchids because they would also be conserving entire forest systems in their own land or areas. That’s how we are achieving the bigger goal.” 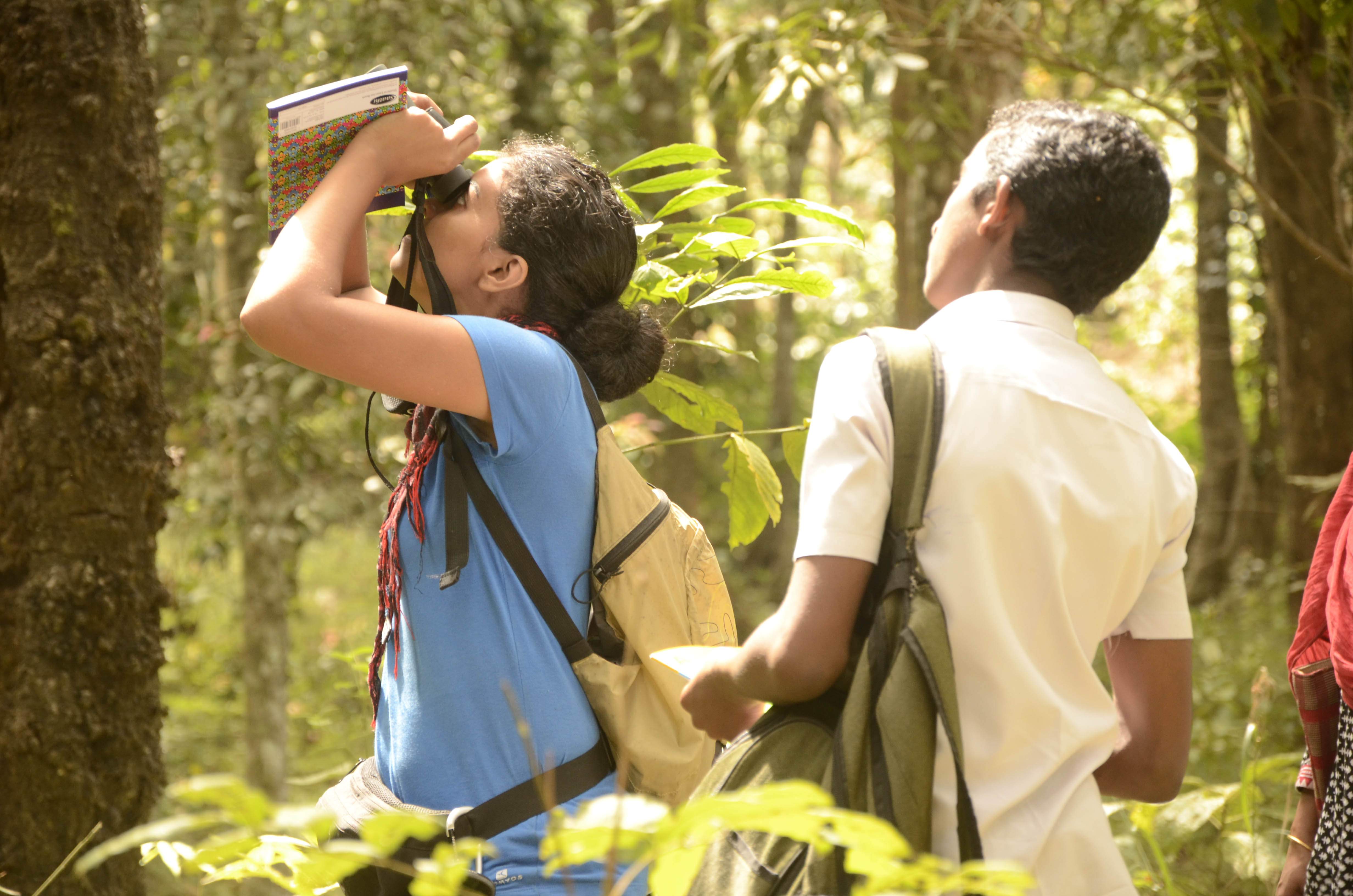 LEARNING CURVE: The next step was to educate people about epiphytic orchids

Project rescue
Even outside of the scientific world, people are quite taken by the beauty and variety of orchids as a group. For Jis, the next step was to educate people about these prized members of their home gardens. In order to convey this message about orchids to people, and introduce them to its floral architecture and different varieties, she took on a minor project to raise awareness about protecting them.

From 2016 to 2017, she targeted a school in Vythiri, Wayanad which neighboured a natural forest. She conducted orchid conservation workshops in the Government Higher Secondary School where they introduced the project to teachers. Students from around five schools in the locality were introduced to the importance of conserving the species through interactions with experts in the field and exhibitions of photographs.

The students were taken to a private plantation where they arranged orchid walks, specially designed for their young, curious minds. During these, they were taught how to identify orchids, how to take note of their basic characteristics, in addition to how to rescue fallen orchids and what to do after rescuing them. They were able to give hands-on training on the rescue and restoration of orchids.

She says, “We concluded the project with the understanding that rescue and rehabilitation is an effective tool for the restoration of fallen orchids. But what we achieved from this is that we could generate an interest for conservation of orchids among students. At the end of it, we found that the students were super excited about orchids and many of them started rescuing and planting the flowers in their own gardens.” 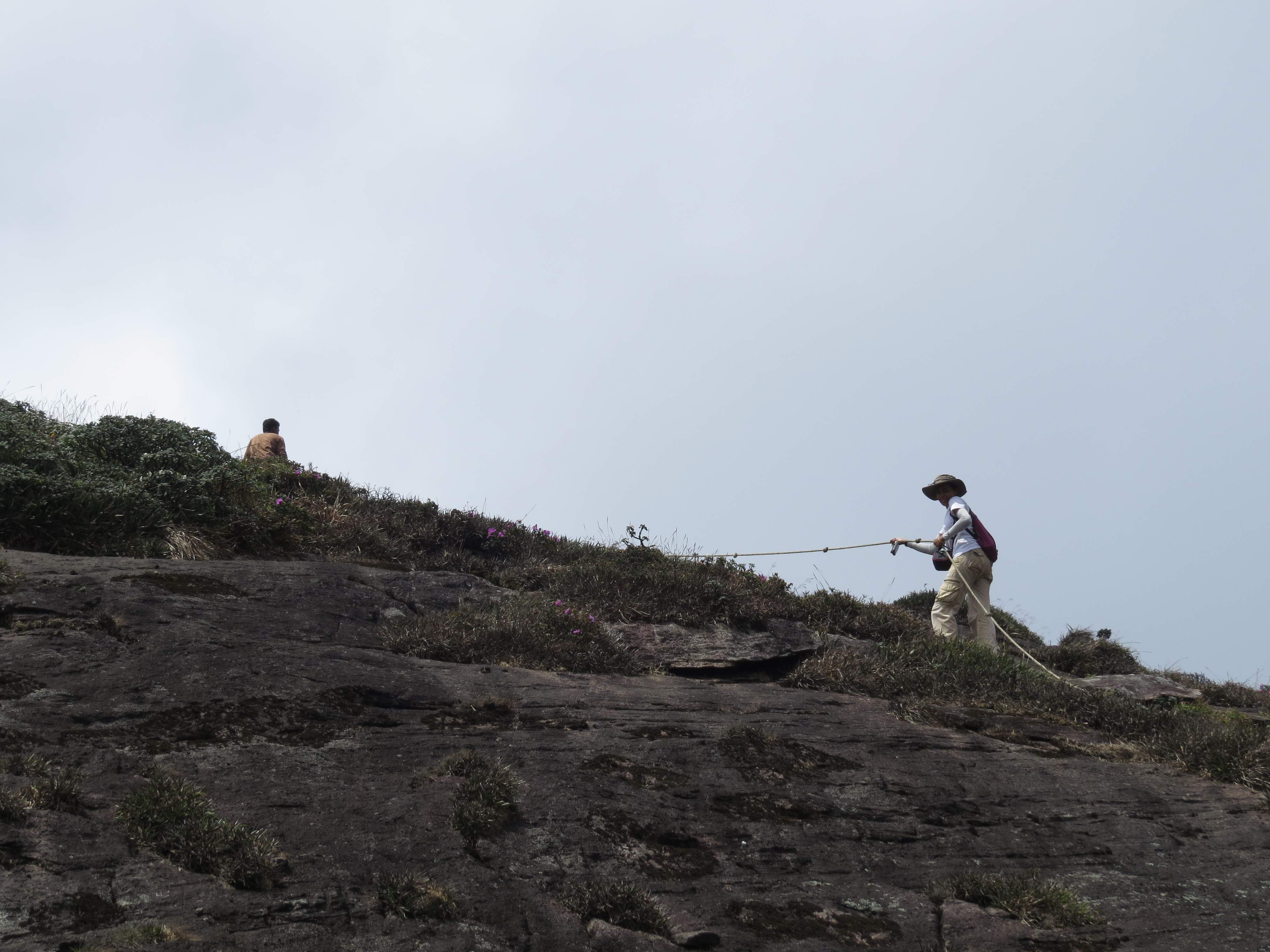 NECESSARY STEPS: The researcher urges Kerala to form a Land Use Policy

The need of the (flower) hour
In the wake of disturbed ecosystems and the climate crisis manifesting itself as loudly as ever, Jis calls for a Land Use Policy. “We really need to have a good understanding of the land we have. Kerala is a very small state with different geographical conditions like Malanadu (hilly regions), Idanandu (midlands) and coastal regions. We used to have a lot of traditional practices that maintained geographical peculiarities. Our land use changed in the last 70 years and people are reluctant to accept new ideas.”

She adds, “It’s high time we design our land in a more sustainable way. Right now, we should have a Land Use policy that advocates the kind of construction that can be done in each ecological zone and have specific criteria around construction and agricultural practices that should be used in each of them, with priority to conserve the native and agricultural biodiversity in those areas.”

Although the pandemic has torn her away from the forests, Jis has decided to dedicate the time away to focus on agricultural ecosystems. She hopes to set up a startup that designs sustainable agricultural practices and promotes traditional farming techniques. She has already roped in a few like-minded thinkers and will collaborate with a foundation based in Idukki and another institution in Bengaluru to launch it in the near future. Much like the epiphytic orchids, researchers like Jis are indicative of a thriving new school of thought in conservation.