This IIM prof's marketing questions are Kissed by the GoT Fire. Check out how cool his question papers are

Dr Guda, in an attempt to make exams fun rather than taxing, based his entire Marketing Management question paper on episodes from GoT

Have exams ever excited you? Not too many would say yes. But if you were a student of Dr Sridhar Guda at IIM Kozhikode you would have had a question paper based on Game of Thrones in front of you last year.

Dr Guda, in an attempt to make exams fun rather than taxing, based his entire Marketing Management question paper on episodes from GoT. A year later he shared one question on LinkedIn. The question is titled 'Kissed by fire' and involves characters like Hot Pie Gendry and Arya Stark but ends up being a question and pricing and its impact. How cool is that? "The questions were adapted from a case study in the book but the story was changed to one from Game of Thrones. The series was ending and I thought this would interest the students," said the professor. 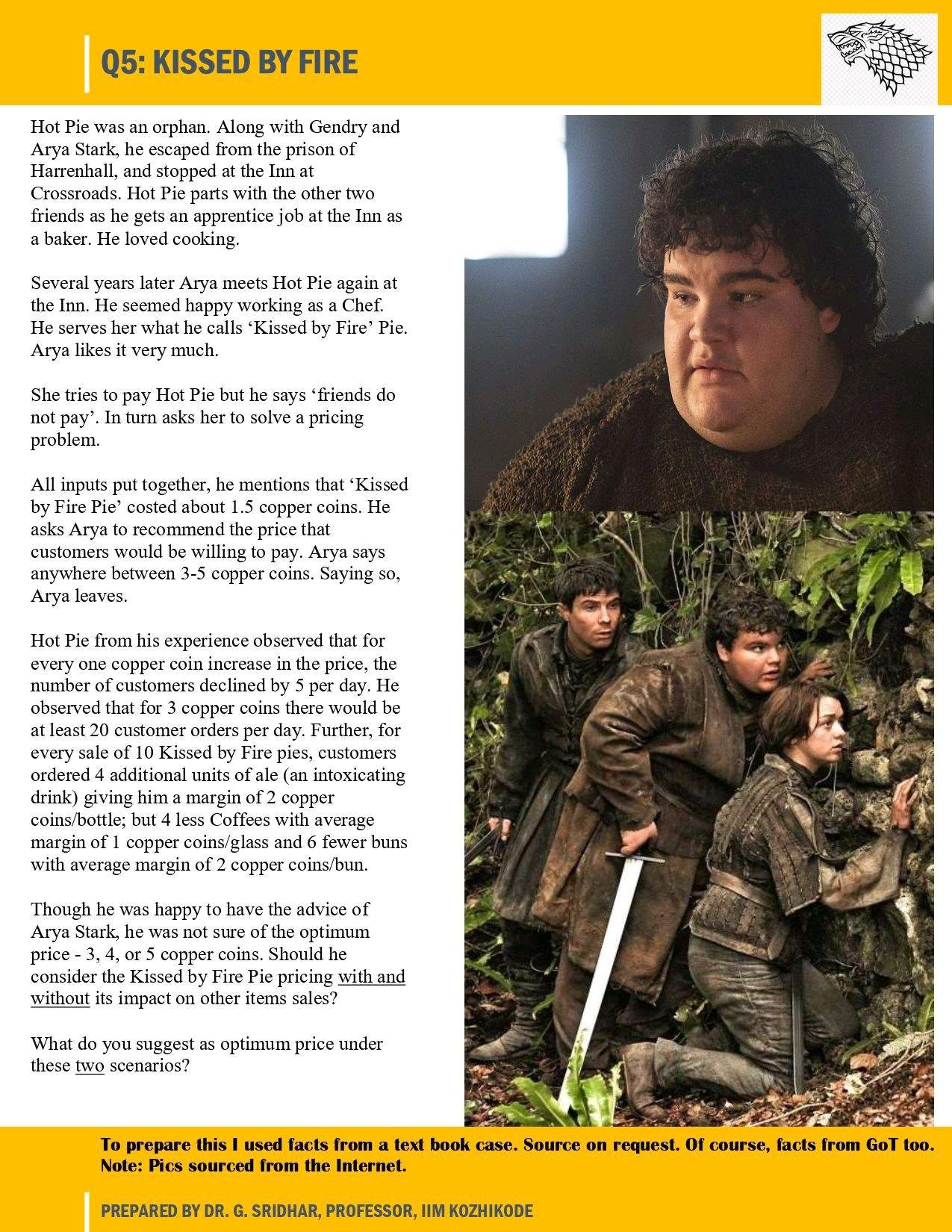 Millennials have been blamed for having a short attention span and integrating what they like in the questions, Dr Guda said, helps get their attention. "Exams should be as much fun as class interactions. It's another part of education. We do not need to be creative for creativity's sake but make sure that we impart some knowledge in a creative way," said the professor.