Based on a crime that occurs in a small town in Kottayam, Idivettu is the first serialised comic to be entirely written in Malayalam

A small town in Kottayam will find itself in gritty, realistic avatars on the pages of the first serialised Malayalam comic book. Idivettu or 'thunder' as it translates to in Malayalam is sure to create small, thunderous rumblings among comic enthusiasts. Mohith O, the artist who is working with Kokaachi studios to release the 8-part series is excited to bring his corner of Kerala into print with everything from the unique Malayali 'chiri' (smile), as he calls it, to the sights and sounds of Kerala into the world.

Having wrapped up the first edition of the series, the idea is to release it as soon as they are halfway through the second one. "Unfortunately, the Coronavirus has pushed the release way beyond our planned dates," explains Mohith, "Once we have published, the idea is to release one book every month. Idivettu is the story of a burglar, a thief, a criminal mastermind and the crime of the century! You can call it a pulpy fictional comic. But this is not just intended to hardcore fans of the genre, I want it to be read and enjoyed by the general public who are not really familiar with comics." 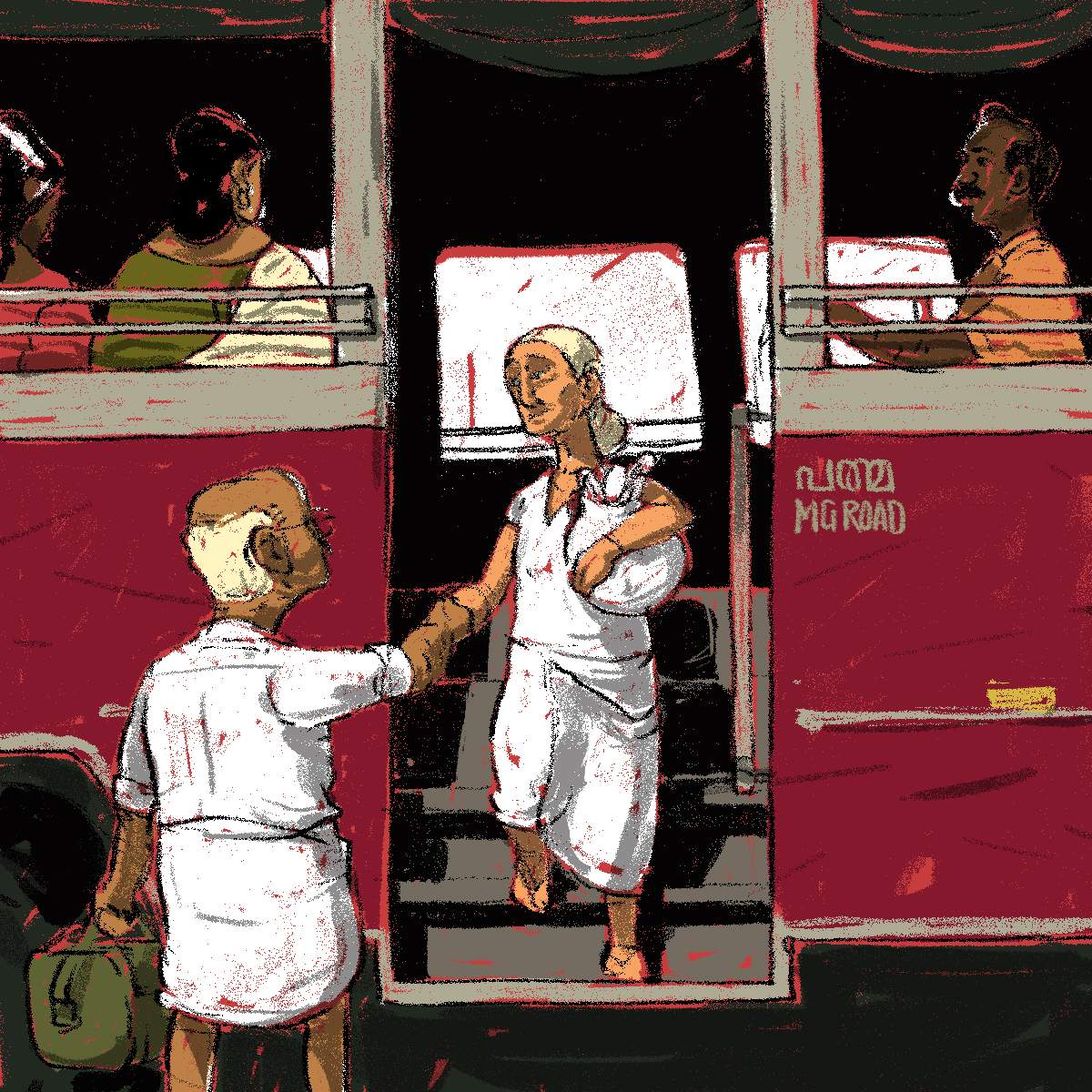 One glance at the promos for the comic is enough to make you curious about the mind behind it. Mohith is a 27-year-old former architect who found his passion for graphic design and illustration, four years ago, when he worked a 9 to 5 job at a company in Ahmedabad that was close to the National Institute of Design campus. So strong was his gravitation towards art that he befriended a teacher at the institute who showed him what his future could be.

"I don't know if I have a style," he says, seemingly confused by the question, "My visual vocabulary is is almost entirely from and about Kerala. I grew up in Palakkad watching people do and say things that are natural in Palakkad. Some of my first memories are of travelling to Kannur to witness Theyyam. This is what I try to include in my work, the little things that we see here that we've never been able to put on paper. I try to include the visual language and mannerisms that I have observed over time."

In the past, Mohith has worked with Kokaachi to create an interactive comicfor the studio's gaming section. He has also worked with Pratham Books to create a comic for children over the age of 8. Over the past few years, he's worked on everything from pop culture to sex trafficking, explaining the confusion around the idea of having a specific style. He says, "When I'm working on my own, I like to contribute in some way to society. With my personal work, I aim to create some sort of message or stir up some social change."