I didn't tell my friends because it irritates everyone: Meet the Mangaluru lady who recorded the Corona callertune in Kannada

The female voice that you hear soon after the cough is of Jessica. She tells us that her experience in voice recording helped her complete the recording only in two takes

I am sure you have heard these Corona awareness caller tunes when you call someone over the phone. While some of us might have got irritated, others have appreciated the government's initiative of reaching people over the phone. As everyone probably knows by heart by now, the female voice speaks about taking precautionary measures and approaching doctors immediately if you find any COVID-19 symptoms. Jessica Fernandes was one of the voice-over artists who recorded the Kannada version.

A native of Mangaluru, Jessica works in Delhi Kannada Senior Secondary School as a Physical Education Teacher. She takes us through how she became a voice artist, "In 2013, when I completed my Masters in Physical Education, I shifted to Delhi. I worked as a teacher from 8 am to 2 pm and I would do nothing for the second half of the day. Saravu Krishna Bhat who was the then president of the school asked me if I can record my voice for one of the dramas on radio and I agreed to it. From then on, I have recorded my voice for various radio dramas in Kannada. These dramas are all about the new initiatives by the government. Similarly, I have recorded for government advertisements and campaigns." 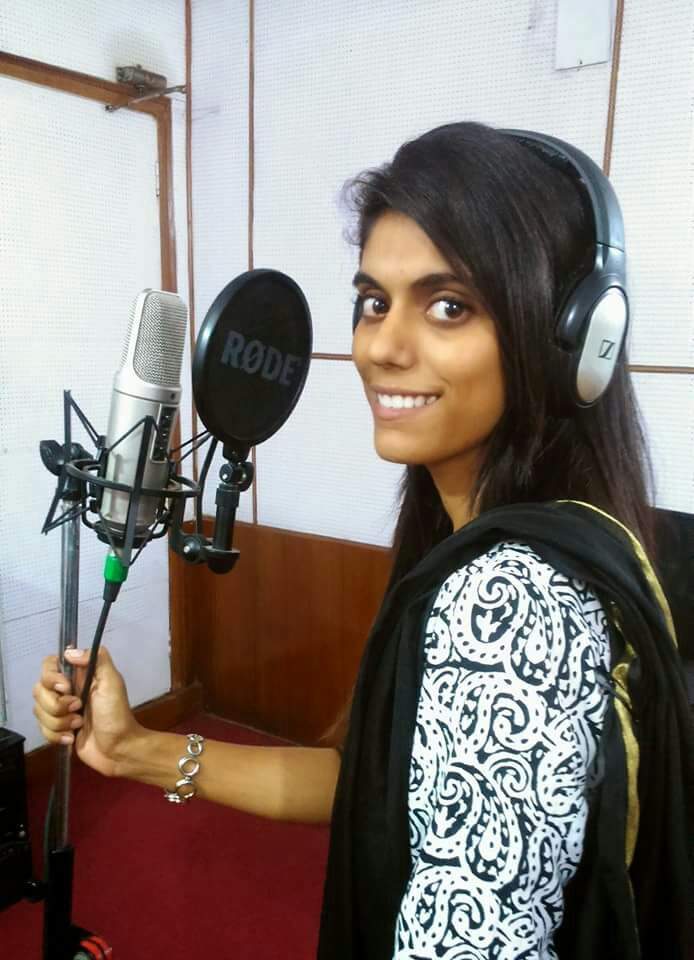 Jessica at the recording studio

Soon after the lockdown was announced, Jessica flew to Mangaluru. But before she could come back to her hometown, she was asked to record this Corona caller tune. "Krishna Bhat called me and asked to visit a particular recording studio. It was a few days before PM Modi announced the Janata Curfew. I went to the spot and read the script. When I read it, I did not know it was meant for the phone caller tune. The recording engineer also did not inform me. I thought it was recorded for TV or radio. My recording was approved within two takes and I left the place. However, I was called on the second day saying the toll-free number they had mentioned was wrong. I went back and recorded the tune again," says this teacher who was surprised to hear her voice as a caller tune over the phone.

Getting it right in just two takes is quite an achievement. Jessica says, "We must be perfect with our pronunciation, have confidence in our voice and match the tone according to the script they provide. The recording engineer will give us a little time to record and one must finish within that particular time," she concludes.

When we asked her which her voice is as we get to hear two different tunes, she says, "The one which comes after the cough is my voice. I knew that people were irritated with that tune so I did not tell my friends that it is my voice. Some of them identified and called me to check if it was my voice. My parents and siblings were the only ones to know about the recording."