George Vivian Paul speaks about Vivian's Irrelevant Podcast, one of the first podcasts to orginate in Kerala and how he aims to get more people in the state to listen to the medium

Do you listen to a podcast on your way to work or your early morning run? The medium has become one of the largest spaces for people to discuss their favourite subjects and stories. But podcasting is at a very nascent stage in the country, even more so in Kerala. In 2006, there were approximately 3,000 Indian podcasters, offering programmes in English and various other Indian languages, but not a single one in Malayalam. But it looks like it has begun rearing its head in the state as well with Vivian's Irrelevant Podcast.

Let's begin with the name, George Vivian Paul's show is anything but irrelevant. Having just wound up their first season, the show features the most interesting combination of people including an endurance cyclist, a cartoonist, a book publication house, an IT company's CEO, a flow engineer, people from graphic design firms, music directors, playback singers, movie editors, actors and directors.

If his name sounds familiar, it's because he has been in Kochi's entertainment scene for a while now. George says, "I was a typical army brat who became a Civil Engineer and did a 360 degree turn to become a stand-up comedian. I started out in Kolkata and after a couple of years, moved to Kochi and started the state's first stand-up comedy club called Kochin Komedians in 2016. Since then, I have conducted a number of open mics and featured shows across the state. When I have the time, I write short stories too." 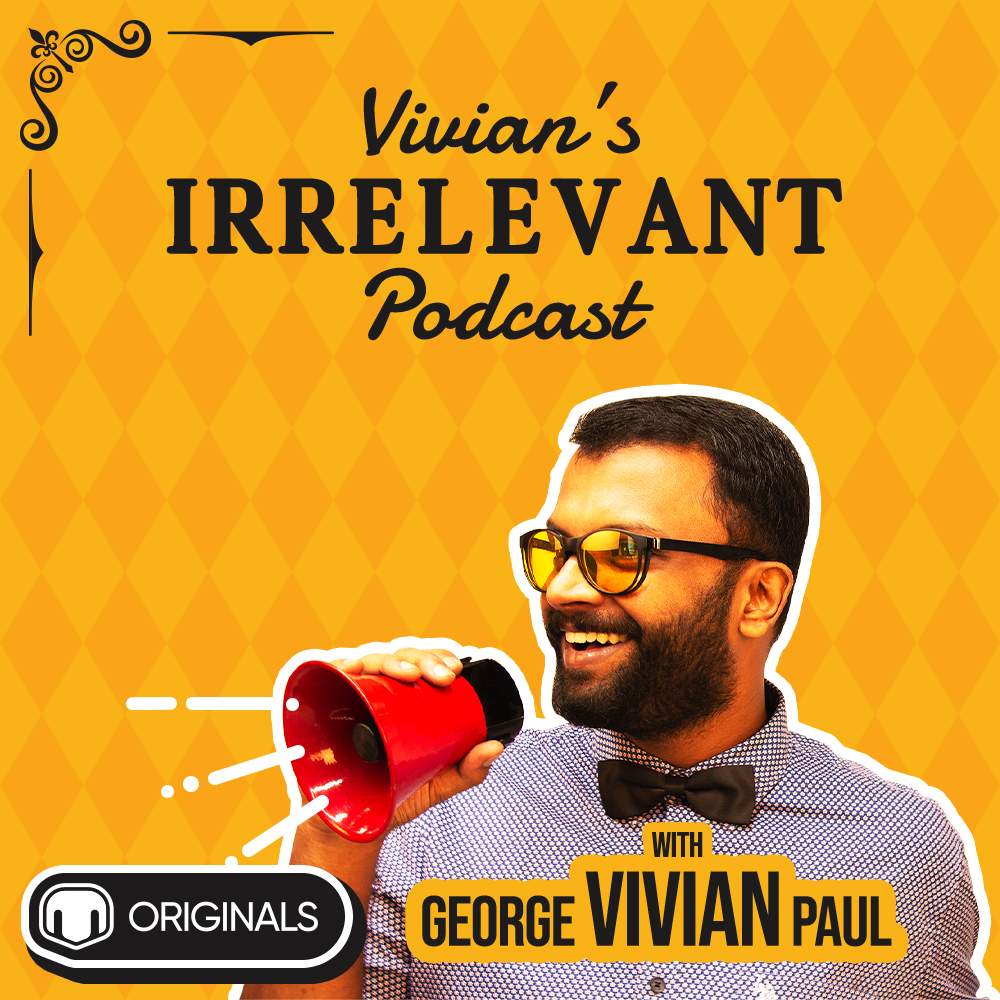 PODCAST AWAY: George is considered one of the first street comics as he organises standup comedy shows on busy streets

So, clearly, George explores all things funny and interesting. How has he taken this into the podcast format? "We have a really candid conversation about people's struggles, their journey so far, the mistakes they made when starting out and they share a few tips for aspiring people. The podcast ends on a pivotal question that quite often triggers some interesting answers from the guests. Basically, we like to make people think and laugh at the same time."

In the show, George is accompanied by his trusted companion, Xalty. Xalty is a sound engineer by profession and musician by passion who even joins in on the podcast with some hilarious insights. The show is supported by SocialMob Originals, a Kochi-based start-up. Thanks to this platform, which is predominantly an indie music steaming platform, many more regional podcasts and content are under production in partnership with Spotify, Gaana, Hungama, Wynk, Amazon and  others.

The podcast culture is well on its way to the Malayali audience. George says, "Kerala does have a small but passionate and active listener base. So we thought something that would create a general awareness would do a lot of good towards the whole scene. We ourselves were more than a little skeptical about the show, but now that season 1 is out there, the responses have been quite overwhelming. Some even compared us to Marc Marion's WTF! VIP is not the best Kerala can do by any measure, but it most definitely is an honest attempt towards it."