While netizens have created their own language by fusing multiple languages and with memes, GIFs and emojis to express themselves, most prefer using English characters when reading or typing on their smartphones or laptops. However, there are several others who depend on their mother tongue to communicate. The question is: Is technology far-reaching enough for native speakers?

If it isn’t, Swathanthra Malayalam Computing (SMC) could have the answer, at least for Malayalam speakers. SMC is a free software collective that was created with the intention of enabling the use of Malayalam script in computers and mobile devices. Set up in 2002 by Byju Muthukadan, a graduate of NIT Calicut, it espouses the ideology of free software foundation. The idea is not to simply make it free of cost, it is to uphold the freedom behind how the language is incorporated into technological devices. And SMC wants the community of speakers involved in the solution.

Hrishikesh Bhaskaran, Secretary of SMC, says, “The solutions and codes we come up with are to be used by the general public and our ideology is that they must have complete freedom to use and innovate with it. We work from the very base of the technology stack that uses the Unicode Standard (a widely-used character coding system) and we lobby for any corrections or technical inputs that need to be made and how letters and grammar should be shaped.” 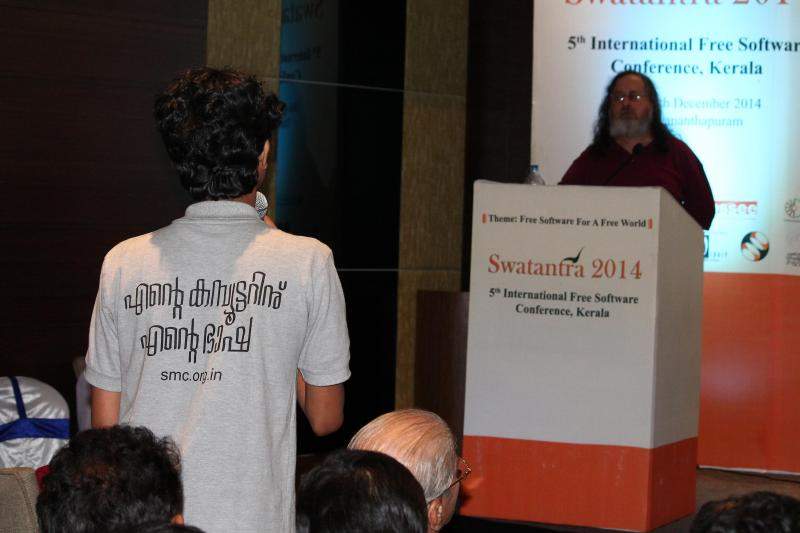 BIG LEAGUE: The team is made up of programmers, software engineers, students, journalists and Malayalam teachers

Although he is officially the secretary, Hrishikesh rubbishes the existence of any hierarchy within the organisation. Made up of programmers, software engineers, students, journalists, Malayalam teachers and anyone dedicated to language and technology, anyone can contribute to the language hub. In addition to making fonts and perfecting the use of the language, they also work with government and non-government organisations to make technological adaptations and lobby for policy changes among other things.

Highlighting the importance of involving native speakers in the process, he cites Google Translate — which was a joke among native speakers in many parts of the world — as an example, “Big corporates like Google usually go for a generalised approach without considering the nuances of the language. SMC considers language computing as a political process and gives importance to the nuances and history of the language. Some letters and grammar rules are specific to Malayalam, this needs to be taken into account. This is also because the community consists of people who love the language and they wants to contribute to it because they believe in the cause.” 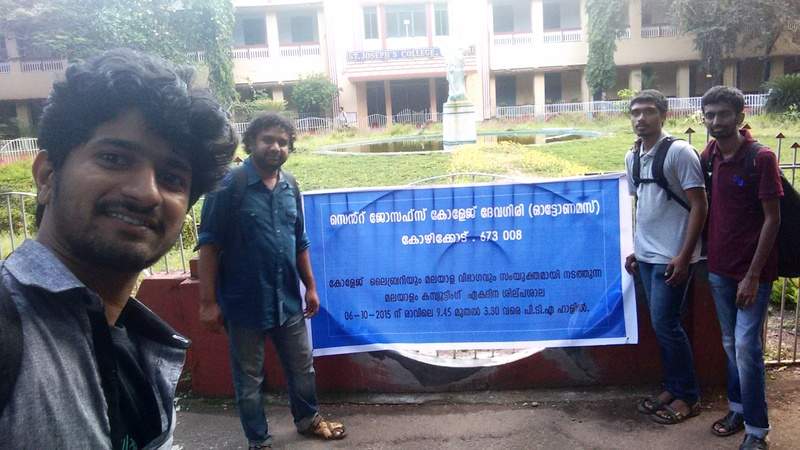 SMC also develops Unicode fonts. To be able to write, input tools are required and the organisation develops it. They make free software that can recognise mistakes in texts. To properly digitise the content generated, it has to be processed by a computer using certain tools. According to Hrishikesh, this is their point of development. They are also working to incorporate spellchecks, grammar checks, text-to-speech and speech-to-text for Malayalam. This will require a more advanced natural language processing which will use Malayalam grammar to analyse and make words on its own.

In computing devices, there are interventions being made in how Malayalam should be written and read. As far as the general public is concerned, it ends there. But for those at the back end, the work is far from over. Hrishikesh says, “One issue with solutions from major companies like Google is that they may stop these services or start demanding a price for them. Our software is community developed and open sourced, so we have control on how the language is written and read online. We can improve upon it further and no one can lock it down one fine day.”