This artist speaks about caste issues using his surreal art on Instagram. Here's why it's awesome

Known as @bakeryprasad_azaad, Siddhesh Gautam speaks about caste discrimination, personal freedom and a range of social issues through surreal art

Have you ever wondered how to make up for the time lost before you woke up to the harsh social realities around us and, dare we say, your own privilege? Siddhesh Gautam has etched a masterclass of art in his journey of unlearning all that he believed was true about the world around him. This independent artist and designer from Delhi who is best known by his handle @bakeryprasad_azaad on social media, speaks volumes about Dalit rights and other social issues through his surrealist digital creations.

His themes range from themes like the 'Saffronisation of Education' featuring students holding orange textbooks and 'Bhima to Babasaheb' about his first encounter with Ambedkar. Siddhesh grew up in different parts of Uttarakhand. Reflecting on his upbringing, he says, “I now realise that I was privileged in the sense that my family never spoke about caste or the significance of our identity. I studied in a missionary school where caste was never much of an issue.” Having completed his Bachelor’s degree from NIFT Mumbai and his Masters from NID Gandhinagar, he spent most of his early twenties worked with a studio on a number of commercial projects. 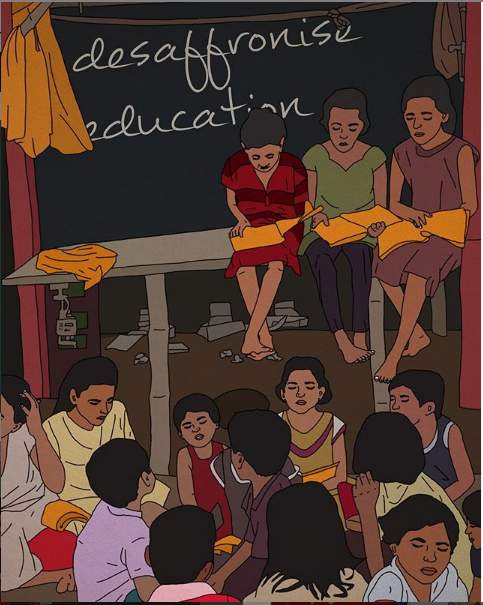 The realisation came a lot later. “It was when I moved to the big cities that I really opened my eyes to the real world,” he says. “I realised that I was living a lie in college. When I had my first personal encounter with racism, I realised that wherever you go, you will be discriminated against. I was wearing a kurta and was sporting a pretty heavy beard and I guess it was a trigger point to many people. When that fabric of progress falls back, it can never go back up again.”

Curiously enough, Siddhesh’s work has always been social. He used to work on social design projects in college and many others when he had the chance. Having truly acquainted himself with the issues, he began participating in dissent on paper and outside it. He explains, “Recently, when a lot of protests began happening in the country, it became more and more prominent in my work. I remember writing about it on Facebook but not much more. I realised the importance of identity for the first time. Your community is always important. People are looking up to you, so have a responsibility to speak for them.” 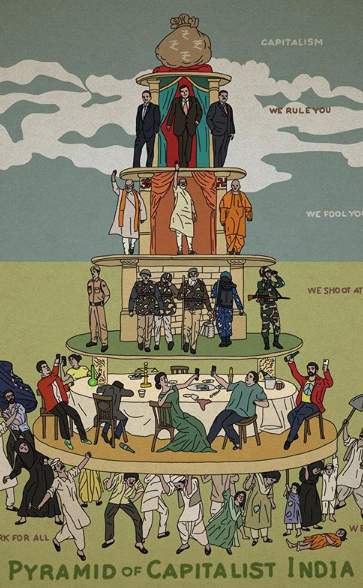 He set up an Instagram page to maintain discipline. The idea was to post every day. Although, his initial work had no particular theme, it started to mould after he shifted to Pune. Although he had always been a reader, it allowed him the time to read the work of Ambedkar and Phule. Along with the realisation that he had been ignorant about a number of things, this was the time he began connecting it to his work purposefully.

The 29-year old says that he is trying to make up for lost time, in a sense. He explains, “I feel like I started out late. It is very important to speak about such issues. The problem with social media platforms is that they are only good for the privileged class. This must change. We must claim these spaces. There are a lot of writers and artists who have not gone to fancy art schools. Let’s lend our voices to things that actually matter.”