Water Warriors: Why the Water Gandhi's long march towards water literacy will leave you heartened

Ayyappa Masagi has spent more than 30 years in search of answers to India's water scarcity problem. We find out more about his solutions

You don't earn the title 'Water Gandhi' for nothing. For Ayyappa Masagi, it was his answers to India's water problem that won him the title. Born in Karnataka's Gadag district, he learned the value of water as a child when he would walk for hours with his mother just to draw a little bit of water for the whole family. As an adult, he worked for almost 23 years as a Mechanical Engineer for the company Larsen and Toubro. Unable to sever his ties to the earth, he bought a small plantation for himself where he tried to grow crops with only natural rainwater. Tragically, within a year, his work was destroyed. Ever since he has been charting a new path for water conservation.

In 2008, he resigned from his job and set up the Water Literacy Foundation. With a first-of-its-kind rainwater harvesting system that is set up using natural structures such as mud and rocks. Around the year, water seeps into the underground is filtered and stored to be used. Ayyappa's brainchild is called the Borewell Recharging System and it is the first conservation system that is able to save every drop of water, while the rainwater harvesting methods that we are familiar with are not able to conserve floor water or excess rainwater. 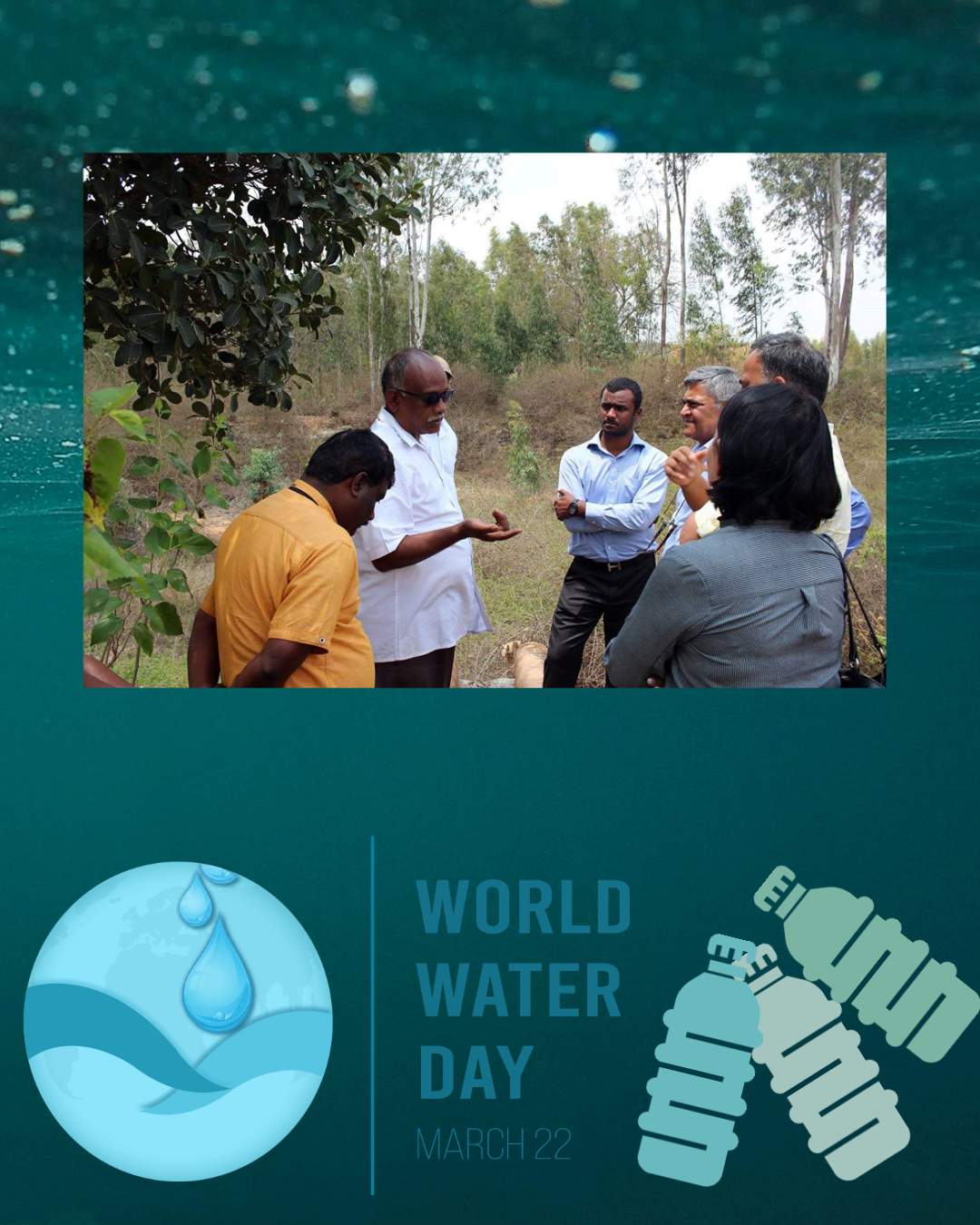 "Soil is the world's greatest reservoir," says Ayyappa, "Floor water is different from groundwater. Most methods we have devised only focus on groundwater or what can be found on the surface. We do complete harvesting. It is able to save water from all the four major sources including groundwater, rainwater, floodwater and flowing water. Over time, I have introduced more than 100 techniques that enable this to happen. I am confident that this is the only solution to our water problem."

Ayyappa laments that people do not take the time to understand water. With the advent of climate change, he opines that people have abandoned everything to scientists without making an effort to do their part. He cites the example of flood-hit states in the country like Uttaranchal, Kodagu and Kerala where the rise in water levels were never utilised. He says, "Yes, our weather patterns have changed drastically. But we still receive rainfall, it's just the time that in question that has changed. We still receive rainfall for around 180 days in a year, it's just become less predictable than before. This is why we need to set up our rainwater harvesting setup for the whole year round and not just prop it up when it rains or when you think it will rain."

"Have you ever seen a coconut tree in the city being watered or fertilised?" asks Ayyappa, "Whereas in coconut farms, they are attended to day and night. But the yield is almost double in the cities. What helps urban coconut trees be more fertile? It's soap!" From his research of over 30 years, Ayyappa and the Water Literacy Foundation have discovered that greywater (or bathwater) could an important answer to the water question. While people consider the soap in greywater a constraint when it comes to reusing it, Ayyappa has discovered its high phosphate content can actually help enrich plants when reused.

On this World Water Day, you can find Ayyappa in Solapur, a small city in the South West of Maharashtra. He has brought together people from various villages to participate in a programme called 'Walk For Water'. People will walk across 5 different villages with placards, slogans and pamphlets to spread the importance of water conservation. Having learnt the value of water through long walks in search of it, Ayyappa continues his quest to walk the talk.