Viji Penkoottu created a revolutionary movement among women labourers in Kerala to help them exercise their most basic rights in the workplace. This is how she has inspired an entire generation

The smell of silk saris dominate the air. Carefully placed pedestal fans turn their heads in unison, offering temporary relief to the women methodically cutting pieces of colourful cloth for an onslaught of customers. They do not take turns to sit neither do they leave the area for a bathroom break. Slightly more than a decade ago, they may have lost their jobs if they even attempted to do it.

In 1984, P Viji secured her first job at the age of 16. Working with other women in a tailoring shop, she discovered a sense of solidarity with her co-workers. Influenced by her father’s love for hard work and political unions, she created a similar camaraderie among the women. In the beginning of 2000, she brought them together in Kozhikode’s Mittayitheruvu (literally translating to 'street of sweets') where they discussed their work environment and conditions. For the first time, the women began to realise that they deserved more.

Their first and most important struggle was for a toilet. “These workers leave their homes early in the morning to reach in time for their shift. Most of them only reach home by 7 in the evening. In this time, they were not allowed to use the restroom for a quick relief. Fearing this, most women would not even drink water until they reached home. Most of them would contract complications in their uterus or infections.” says Viji. 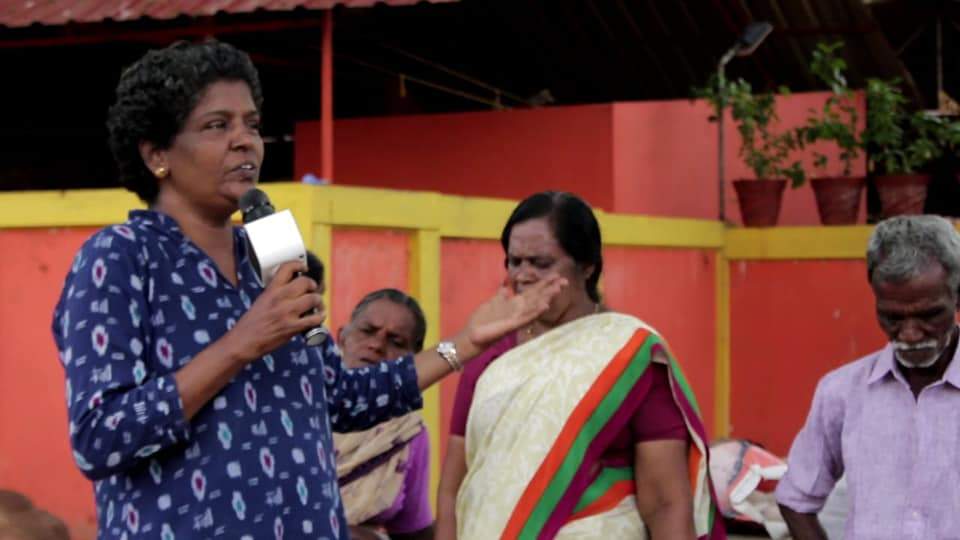 At 50, Viji was a prominent name mentioned among the three Indians who were included in the '100 inspiring and influential women from around the world' released by the BBC in 2018

Shop owners would watch over them constantly and dock their pay if they so much as whispered a word to a coworker. In conversations with the labourers, Viji discovered that most of the women were not even paid a fair amount of money. In 2004, Viji organised the women together in a meeting with the owners, asking for the ‘right to urinate’.

Viji says, “After all, ours is a male-dominated society. There are laws in place for the men. They get a staple salary and at least an ounce of respect. Women are not seen as labourers, they are seen as dispensable people who may come and go. So firstly, they bear the burden of being women and second, of being ordinary labourers. This is a dismal combination.” In 2009, she set up the organisation Penkoottu, a collective of working women that represented their basic rights.

She continues, “The greatest thing we could do after setting up Penkoottu was change the way female labourers are seen. Since 2009, these women have started to be treated as human, at least in Kozhikode. There was a time when they were simply treated as objects. Even after work, they would go back home where they would toil again for their families. They would sleep at midnight and wake up again for a torturous work day. The least we could do was ensure that they are treated well in the work place.” 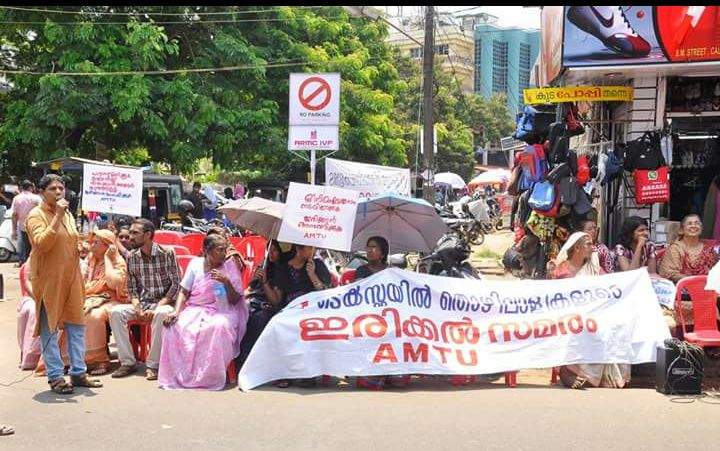 STRIKE ONE: In December 2014, 5 women from AMTU conducted a sitting strike

The female workers would stand for 10 to 14 hours at a stretch. When confronted by Viji and the other women, the men in charge of the institutions asked why they would need to sit if they were receiving a salary. Owners of the textile shops asked Viji if she could point out to them a law that allowed them to do so.

When it became clear that the women would need to step up themselves, Viji decided that the women needed a union of their own. In 2014, she set up Asanghaditha Mekhala Thozhilali Union (Union for Workers of Unorganised Sectors). She says, “If we were going to follow the rules of these industries, we deserved to get something in return. What are these women getting in return for toiling their adult lives away?"

In the same year, the LDF government promised to make amendments in the labour laws to grant female workers equal rights, a secure environment, reasonable working hours and the right to sit. In May 2018, the law was passed due to the relentless work of the women’s union. Legally, enforcement officers are in charge of ensuring that the laws are followed in workplaces across the state. In Kozhikode, Viji’s watchful eyes ensure that at least three out of the for women working are treated according to the law. 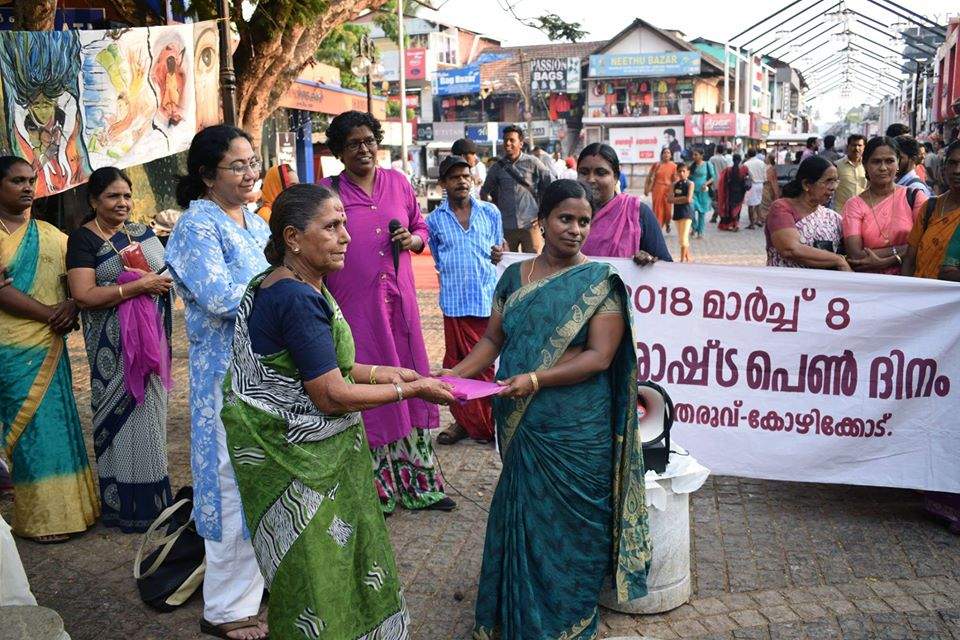 IN THE LAW: The State Government has approved a new Gender Equality and Women Empowerment Policy

Viji says, “Now they have distributed chairs for them to sit. But the torture has become secretive. They have installed CCTV cameras under the guise of watching the customers to scrutinise each one of their moves. If their is a particularly large influx of customers, they cannot even eat their lunch in peace. The CCTV cameras are moderated through the owners’ phones and spread around. When one labourer questioned it, she was asked to quit. We try and help the women whenever we are aware of it but we can’t answer for all the women in the state. I hope the government is watching.”

Viji has transformed the workplace. So much has been done by her that she has been lovingly dubbed as Viji Penkoottu for the sisterhood that she has built through blood, sweat and love. She says, “The law has to be on our side. We were able to work with the law and we have been able to see results. There’s so much more to be done. Women in this country are still being paid a quarter of the amount that men make for the same work. If equality can be brought into this last frontier, families will be saved. In fact, if a woman is given the chance, she can save all of us.”