Behead me if you think it is a sin: Why Muhammed Unais wants to tell his students its okay to be queer

The younger generation, Unais feels, is more aware but there should be a formalisation of the education and awareness about the queer communities along with cultural representation

It's been almost two years since homosexuality was decriminalised in India. It might not be a crime anymore but it is still a taboo and that's what Muhammed Unais wants to abolish and that too from the root. Unais, a 28-year-old BEd student from Kerala, identifies himself as a gay man. He wants to talk to students about homosexuality and tell them why it is not wrong to love someone of the same sex.

Unais had come out to his friends when he was pursuing his Masters in English from Mar Ivanios College, Thiruvananthapuram. But telling his parents was a task he dreaded. "I came out to my parents in the heat of the moment. We were having lunch and were discussing how Islam's teachings on gender justice has been subverted by biased reading of religious texts and why it needs to change and I was telling my father, who is a Maulvi, that it is not ethical and is definitely cruel how homosexuals are punished. He said that he felt like these people should be beheaded just like the religious law says. That's when I told him that he'd have to behead me as well if he thinks it's a sin," said Unais. The priest fell silent. But he did not give up. "He and my uncle took me to two psychiatrists later. The first doctor was as homophobic as someone could get — he blamed me and said that if I wanted to change my orientation, I obviously could. The other doctor, a lady, had no idea about what LGBTQIA+ meant. I explained everything to her for about an hour. She understood and convinced my uncle that this is something natural. My parents are actually better than some others' I have heard about — even though my father is a priest and very religious and orthodox man, he accepted me. But he doesn't want me to be public about it," he added. Since he came out to his friends he has lost many of them. "I don't think it's right to call them friends, I'd rather call them acquaintances. But I am blessed that I have gained many friends from social media and they have become my best friends," said Unais. Not only did he lose friends, but he has also faced discrimination is academics as well. During his Masters, Unais chose to write about homophobia with R Raj Rao's novels as his perspective. "He is a gay writer and my professor was not okay with that. The first question he asked me was if I was queer. I said yes and the discussion ended there and I went on to work on my paper. But the next year my junior wanted to work on a similar topic on the queer community and the same professor did not allow her to work on it. Not just that, he also told her that it was not normal and right to be queer and that is similar to being a criminal. I was shocked," he added.

Unais also asked his Principal if he could organise a seminar on the queer community and the taboo around it. Not so surprisingly, his request was turned down. "The Principal, who was a priest himself, told me that it's a college run by a church and he will have to consider it later. It never happened. But during our cultural fest, organised solely by the Students' Union, which I was a part of as a class representative, I conducted an open forum where I invited a transperson, an activist and it was a good session. I got to know later that the discussion at the fest did not go down very well with the management. I heard from one of my professors that they said that I was trying to mislead the students by discussing queer communities in college," added Unais. 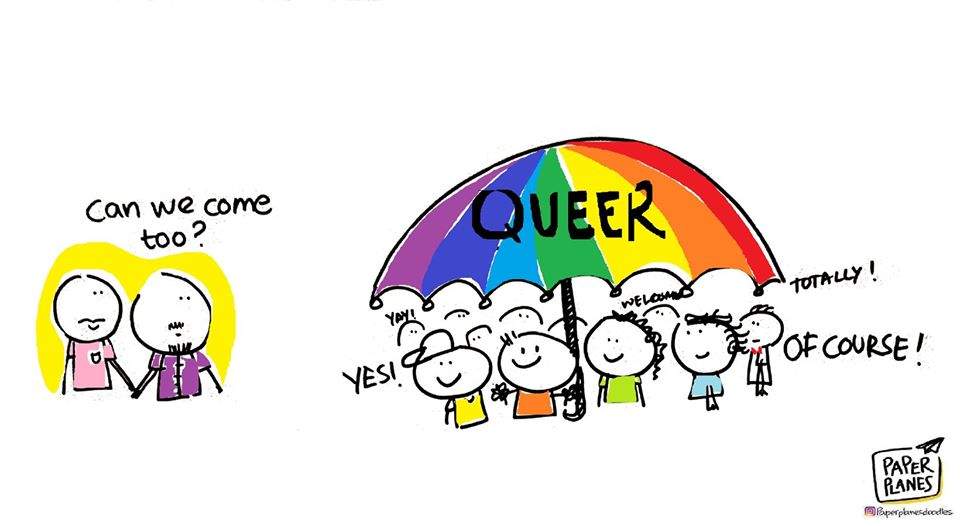 After his PG and with the dream to teach, Unais joined a BEd course. Things were worse here. Most of the teachers or the teachers-to-be had no idea about what LGBTQIA+ even stands for. "The exposure of the teachers in this matter is pathetic. For them, I was a surprising revelation — something they had not seen before. So much so that one day one of the teachers told us in class, in front of everyone that if I was in a relationship all this would magically change," said Unais. "I did my BEd dissertation on prejudices of school teachers about three things — ableism, misogyny and homophobia. The results of my survey were shocking. They come with some social conditioning on these issues. Our young generation is more clued in but there's a lot of ground to cover," he added.

He wants to teach students and spread awareness about the LGBTQIA+ community. "I teach at tuition centres as well. Before I start a novel or a piece, I talk to my students about the author. There are many who were homosexual and I think talking about them will help my students understand them and accept them better," Unais said. "The younger ones and no clue and ask what homosexuality is. I explain it to them and they understand. The older ones often tease others with derogatory terms and I make sure I explain to them why it is wrong to do so," he added. The younger generation, Unais feels, is more aware but there should be a formalisation of the education and awareness about the queer communities, only then the taboo will be lifted and people will be more accepting. Merely changing a law will not change the reality on the ground.