The real Aatmanirbhar Bharat: This 72-year-old Mumbai civil engineer is teaching farmers to build their own irrigation tanks

Irrigation, being an important part of agriculture, dictates when you can grow your crop and when you can't. Indian farmers depend on rainwater to irrigate their fields and grow crops, mostly, twice a year. But why not store the water and then use it throughout the year and produce crops all two months. Ulhas Paranjpe, a civil engineer from Mumbai, has a solution. 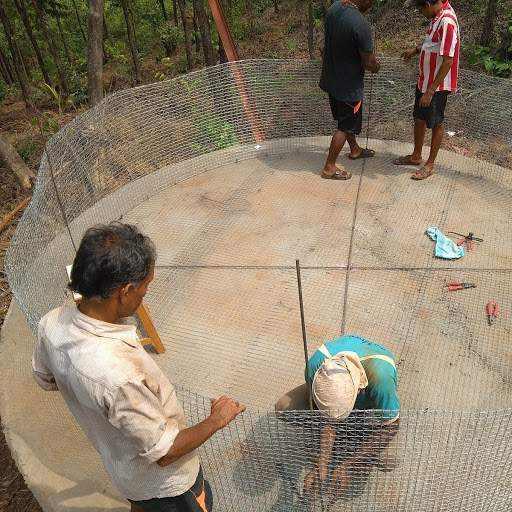 The 72-year-old, who has been in the construction business for decades, came up with an idea to build tanks to store the rainwater which can be used at any point of time for irrigation. Jalvardhini Pratishthan was born in early 2003 to support the rural population with rainwater harvesting and management. While rainwater harvesting isn't a new idea, Paranjpe's technology is so basic that village masons and farmers themselves can build the tanks. "All they need to do is call me once. They will never have to call me back again. The idea is to make the farmers self-sufficient. If they know how to make the tank they can replicate it as many times as they need," he said. "In the cities, we get water whenever we open the tap because we are storing the water somewhere. Why can't we do that for villages and for the farmers? I had asked my relatives in my ancestral village in Ratnagiri, why they did mot grow crops all year long and he had said that he would if I would get him water throughout the year. 'You are the engineer,' he had said. And I got to it," recalled Paranjpe.

The tanks that they help build can be custom-made to fit the individuals need — from overhead to below ground, from ferrocement to banana fibre cement tank to stone embankments, the Jalvardhini group has done it all. They show the village masons how to build it and the farmers help to build them. "It's easy to make so it is easy to teach I have helped someone build a tank in Sikkim over a WhatsApp video call," said Paranjpe. "I want more people to know about this tech and to spread knowledge. We have been holding workshops for engineers and students to teach them how to build it so that the word spreads and more people are aware of this," he added. 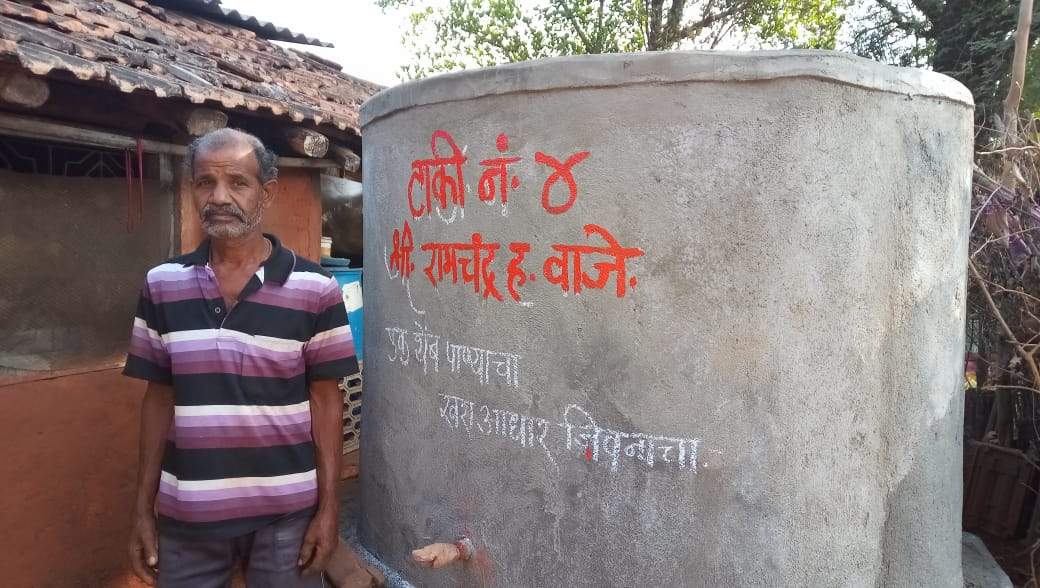 Jalvardhini Pratishthan has built more than 350 tanks in across Maharashtra — Amravati, Aurangabad, Beed, Jalna, Mumbai, Nanded, Nashik, Palghar, Pune, Raigad, Ratnagiri, Satara, Sindhudurg, Solapur and Thane. But they are not limited by the boundary and Paranjpe is eager to spread the word about this technology. "We have worked in Goa, Gujarat, Karnataka, Madhya Pradesh, Telangana and Uttarakhand as well and have mentored several NGOs and a total of 33 colleges to spread the word. These people have a huge reach and it will help spread the word," he added.

When the migrant labourers get back home, they might not have a job waiting for them in the off-season. Paranjpe wants to do away with the concept. He said that the farmer can grow something or the other throughout the year and irrigation is the major hurdle for them. India can prosper with a great agricultural boom, believes Paranjpe.