This Bengali filmmaker's debut film on railway hawkers is an eye-opener. Check it out

Budding filmmaker Chandan Biswas talks about his first film, Running Hawker, and why he took up editing rather than directing

If you've travelled on a local train in India, then there's no way you've missed the hawkers who throng the compartments selling everything from safety pins to medicines that help with the irritating headache. But have you ever stopped to think how unique this profession is? Even though they are mere daily wage earners, these individuals are performers and astounding ones at that, as well. Chandan Biswas, a final-year student of editing at Satyajit Ray Film and Television Institute (SRFTI) in Kolkata, decided to tell their story. His first docu-feature, Running Hawker, co-directed by Abhijnan Sarkar, not only won accolades from the industry but also pushed Chandan to take up filmmaking as a profession. 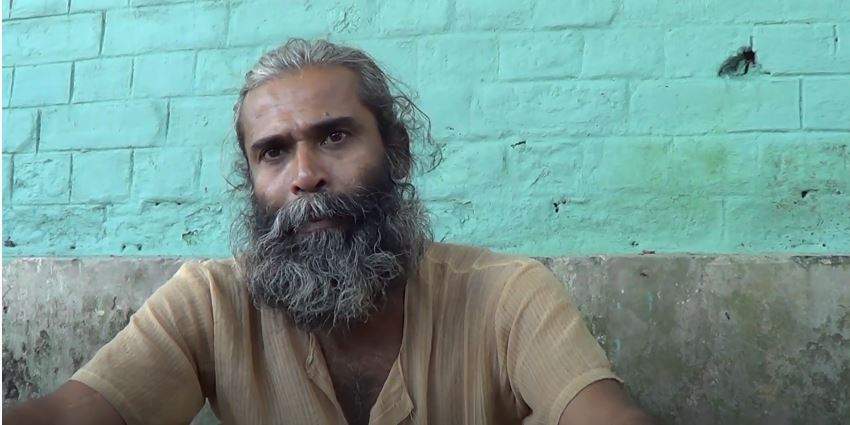 Chandan, a graduate of Comparitive Literature from Jadavpur University, started filming Running Hawker with Abhijnan right after he graduated. "All we had were two Handycams. We spent hours on the trains documenting the crafts of their trade, learning about their lives and their hardships. When I gave the film to Shubhodipto Biswas, my senior from SRFTI, to edit, we realised that we have the lives of five different, very interesting individuals on camera. Sabyasachi Pal did the sound design beautifully. Though we kept the raw sounds that would give us the feel of the surroundings, he took it to a whole different level," said Chandan. "We sent the film to various film festivals in 2017-18 and two of the biggest festivals in Southeast Asia -— Film Southasia 2017 - Festival of Southasian Documentaries, Nepal and DMZ Docs, South Korea — picked it up. Our film was screened. The audience and critic reaction was amazing. The critics even came up to us and congratulated us. It was a huge moment for us," he added. The docu-feature is 132-minutes long and traces the journey and life of five individual hawkers on local trains in Kolkata.

The film was screened multiple times at various spaces in Kolkata as well, including the Kolkata People's Film Festival. "We invited all the people we had shot to the screening. It was their story and we felt that they should be the ones appreciated. They went up on stage and spoke to the audience about their lives and their experiences. A lot of us are oblivious of a parallel world that these people belong to that exists right alongside ours," said Chandan. What started out as one film, turned out to be a profession that Chandan would grow to love and pursue. He is set to graduate from SRFTI as a film editor soon. "I always felt that the editing desk is where a film gets its final shape. I wanted to learn the skills that are involved. It is very technical and we need to own those skills to make a good film," he added, "I feel all good directors must first be good editors — everyone from Ray to Ritwik Ghatak to Mrinal Sen were good editors, they knew the technicalities and had the knowledge. That makes a great director."

The lockdown has postponed his graduation and there is no certainty as to when the institute will open again, but this has not stopped the filmmaker in Chandan from growing. Sitting in his house in the outskirts of the city, the young filmmaker has started documenting his life, parts of his childhood and how the lockdown has affected the world around him, "This is more a diary of my world and the lockdown, with everything from the migrant exodus to my relationship with my family. It's still in the initial stages but I intend to finish it soon," he concluded.