Govt could have waited until Sept to conduct K-CET: Karnataka students unable to appear for exam

Gov't of Karnataka’s decision to conduct CET in a hurry, amidst rising COVID cases, was surprising and as a result, a few students were not able to step out of their house  to write their exams

While lakhs of students left for exam centres to attempt Common Entrance Test (CET) on July 30, Atulya Singh had to stay back home as the area that he stays in was declared as a contamination zone due to the spike in COVID-19 cases. Atulya says, "I have been staying in an apartment in Jindal area which is close to the newly built BIEC by the state government. BIEC will accommodate COVID positive cases in the future and it houses over 10,000 beds. Two streets beside my apartment have been sealed and the people in the apartment informed me that it would be dangerous for me to travel in this pandemic to write my exams. They even told me that if I go out to attempt the exams, then I need to be under quarantine for 14 days. This was the reason that I had to drop the idea of writing CET exams."

If you think Atulya has failed PUC 2 exams and this automatically doesn’t qualify him to attempt CET, then you are under the wrong impression. The combination of his core subjects include Physics, Mathematics, Chemistry and Computer Science and Atulya has successfully scored 89.6 per cent this year. He says, "My parents felt sad for me as I could not write the exams but I feel that I took the right decision. I can attempt the exam next year as well while not putting the lives of my parents under risk. For now, I am thinking of attempting JEE exams that are likely to happen in the month of September." 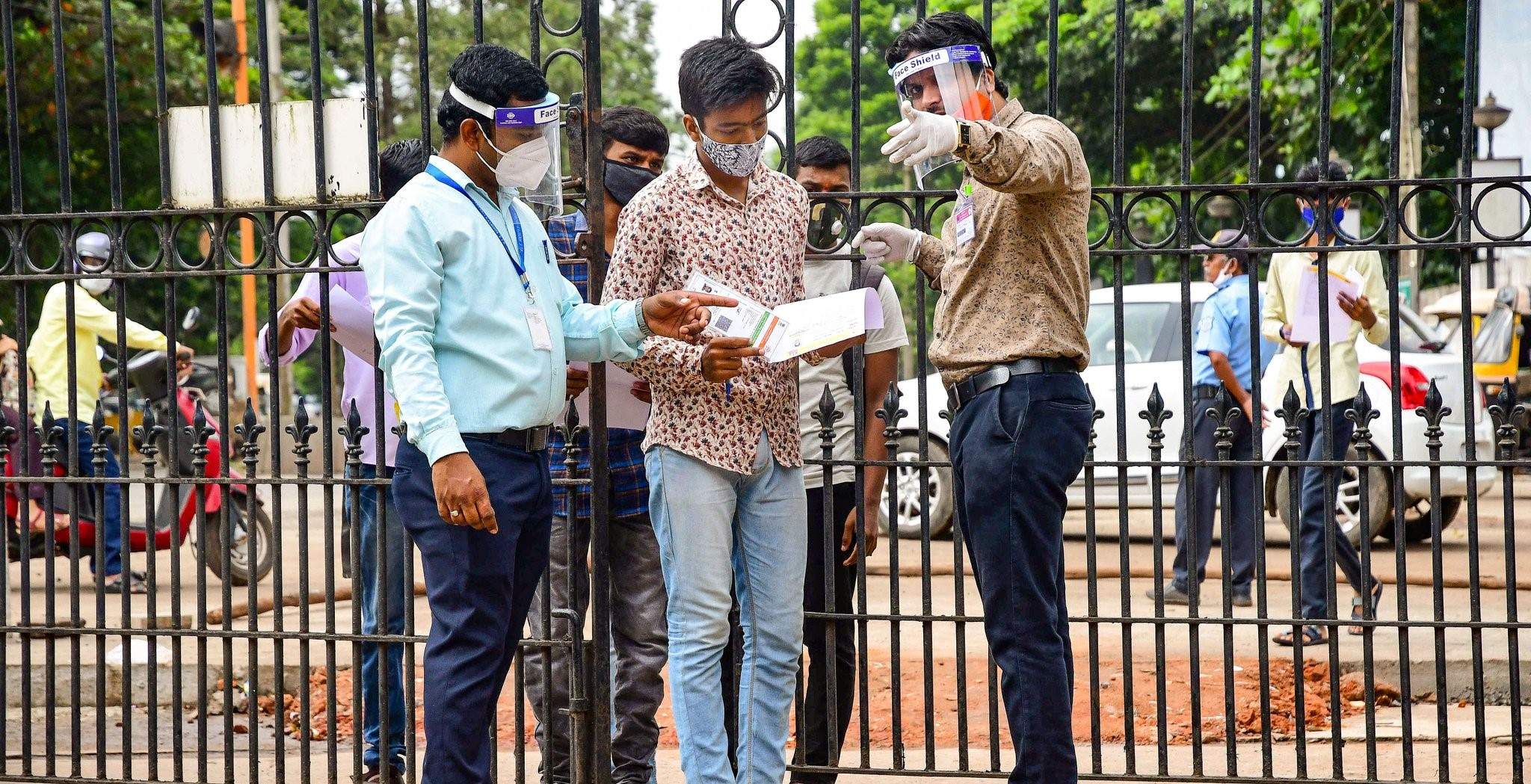 Meanwhile, Atulya felt that the government could have waited until September to conduct CET exams. "If I don't qualify to pursue Engineering through other entrance exams either, then I will write the CET exams next year. I would like to pursue Engineering in the future. Hence, I even completed an online certificate course in Python language. These skills come in handy and I don't like wasting time as the academic year has already gone by."

Similarly, yesterday, advocate Abdullah Mannan Khan read out an email in the High Court written by one of the female students who had tested positive for COVID. She said that she will not be able to travel due to the pandemic hence, she will have to drop the idea of writing exams this year. Immediately, BBMP contacted her parents and informed them about arranging the travel for the student.

On July 29, the Karnataka High Court had rejected the prayer by the petitioners and approved the government's decision to conduct CET exam. The court had stated that the students should not be bothered by the college authorities or police for fitness certificates and transport facilities must be arranged for those students coming from far away locations. This year, a total of 1,94,356 students wrote CET exams in 120 places in 497 centres across the state and around 40,200 students wrote exams in 83 centres in Bengaluru.