Akshara Ashok's Instagram page, Happy Fluff Comics, is super relatable and utterly cute. We find out why she talks about less discussed issues

"You shouldn't talk about such private matters."

"These should be kept a secret."

"You are not supposed to draw these things."

"Why would you draw such uncomfortable things?"

These are just some of the comments that Akshara Ashok reads and listens to almost every day. Why? Because this Chennai-based artist and illustrator is unabashedly, visually depicting issues that are usually less talked about. From menstruation to women's lingerie, from LGBTQIA+ to sex, her Instagram page Happy Fluff Comics speaks about situations and problems that we come across every day but seldom discuss in public. With over 2 lakh followers, her extremely relatable and utterly cute comic series follows a young woman, Fluff, as she deals with daily, mundane life. "Fluff is a way for me to express what I go through on a daily basis — the problems and issues that I face. The character is completely me, by me. I keep talking about these issues with my friends," says Akshara, "However, I don't understand why talking about natural things that happen to all us is such a big deal. When someone does talk about it, their character is assassinated and people think that they aren't a good person. I was curious to know why this is and that is when I began discussing these issues openly."

Akshara has been dealing with anxiety issues for a while now and is a self-confessed introvert. "I try to express myself through my art — how I find it difficult to talk to people, how it is difficult for me to attend phone calls. When I create these comics, it is just me in front of a screen. I don't have to speak to anyone and nobody can see me. When I put these out on Instagram, I'm not directly interacting with anyone and that makes communication easier. But it did take a certain amount of confidence to even begin posting my artwork," says the 22-year-old, adding, "People in my life don't take it in a positive sense and this is just an outlet to share my views and ideas, with people I don't personally know and also, it protects me from being attacked by people close to me. Strangers on the internet don't affect as much as a friend's comments would." 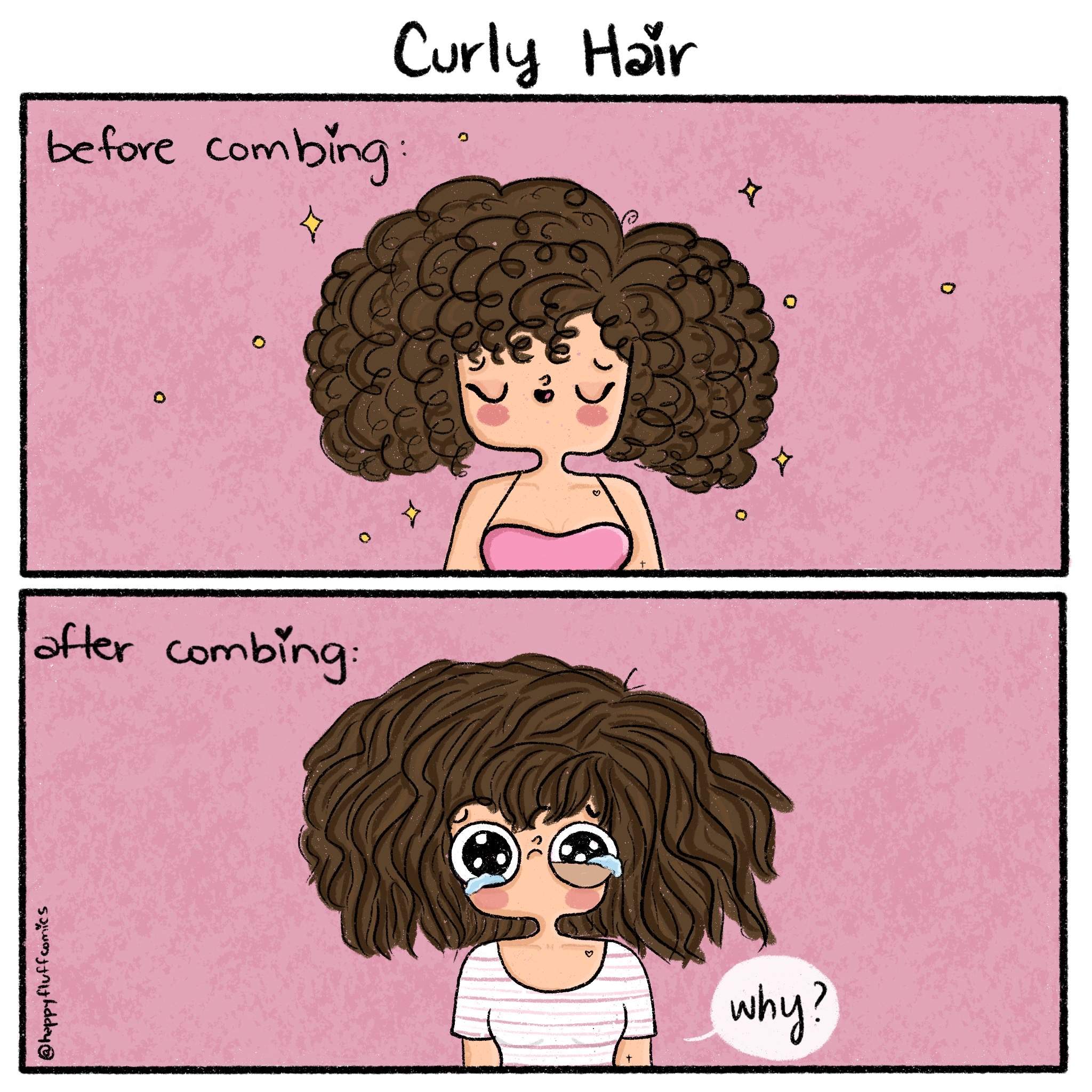 Akshara started illustrating when she was pursuing her second year of Architecture at SRM Institute of Science and Technology. "At the time, I was really stressed out and was falling out of love with Architecture. It was during my finals that I began posting my old artworks on Instagram without even telling anyone about it. I began drawing the comics by hand, using pen and paper, as I didn't have an iPad back then. I would click a photo and upload it. After discovering some digital tools, I switched to drawing on my iPhone," she recalls, "It was only a year later that I finally got an iPad to draw on." Akshara says the name Happy Fluff was something entirely random. "I just knew that the word 'comics' had to be in the username. I thought I'd change it later and also, perhaps, change the character's name, but never got around to doing that," she adds.

Speaking about how she gets inspired to draw her particular brand of comics, Akshara explains, "I am an overthinker and have to think about everything that's happening around me. I also feel that I just have an eye for things that people usually miss or don't give a second thought about. My most famous comic is about how when your periods end and you remove the sanitary napkin only to begin bleeding again. This has happened to so many of us but we seldom think about it or talk about it." 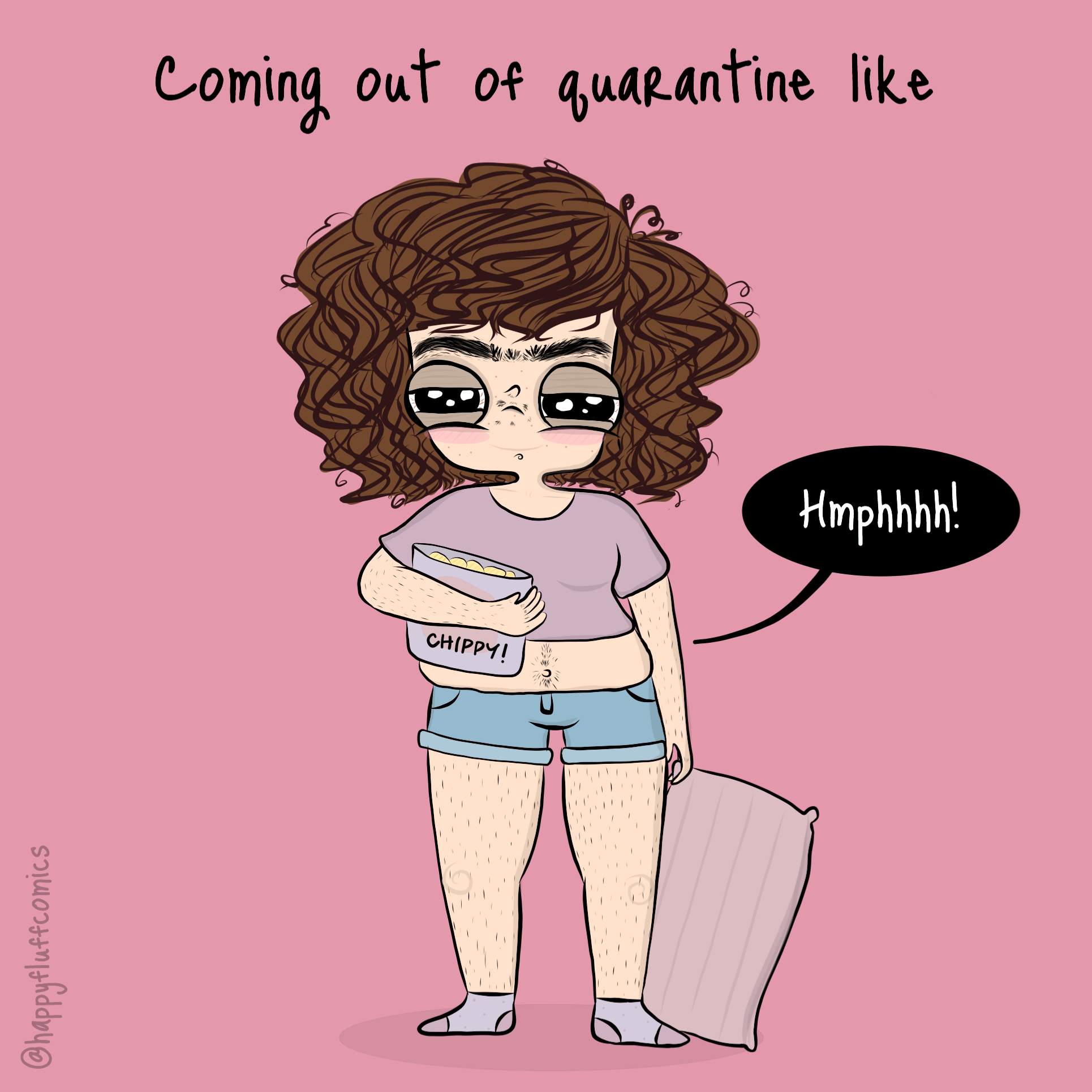 Recently graduated — Akshara graduated her five-year course in June — she has been adding on to Happy Fluff Comics for three years now. "I always wanted to do something that involved drawing. But art isn't a conventional route and it wasn't something my parents really approved of. So, I chose the subject that involved a certain amount of drawing. However, I realised that I'm not a technical person. That is when I decided to start this," Akshara says. She is now hoping to make a career out of her comics. "I was only doing this part-time and had to reject opportunities due to college and coursework," she adds. Akshara has also created promotional content for shows on Amazon Prime, including The Marvelous Mrs Maisel, and has collaborated with several brands to create content.

Some of her other comics: 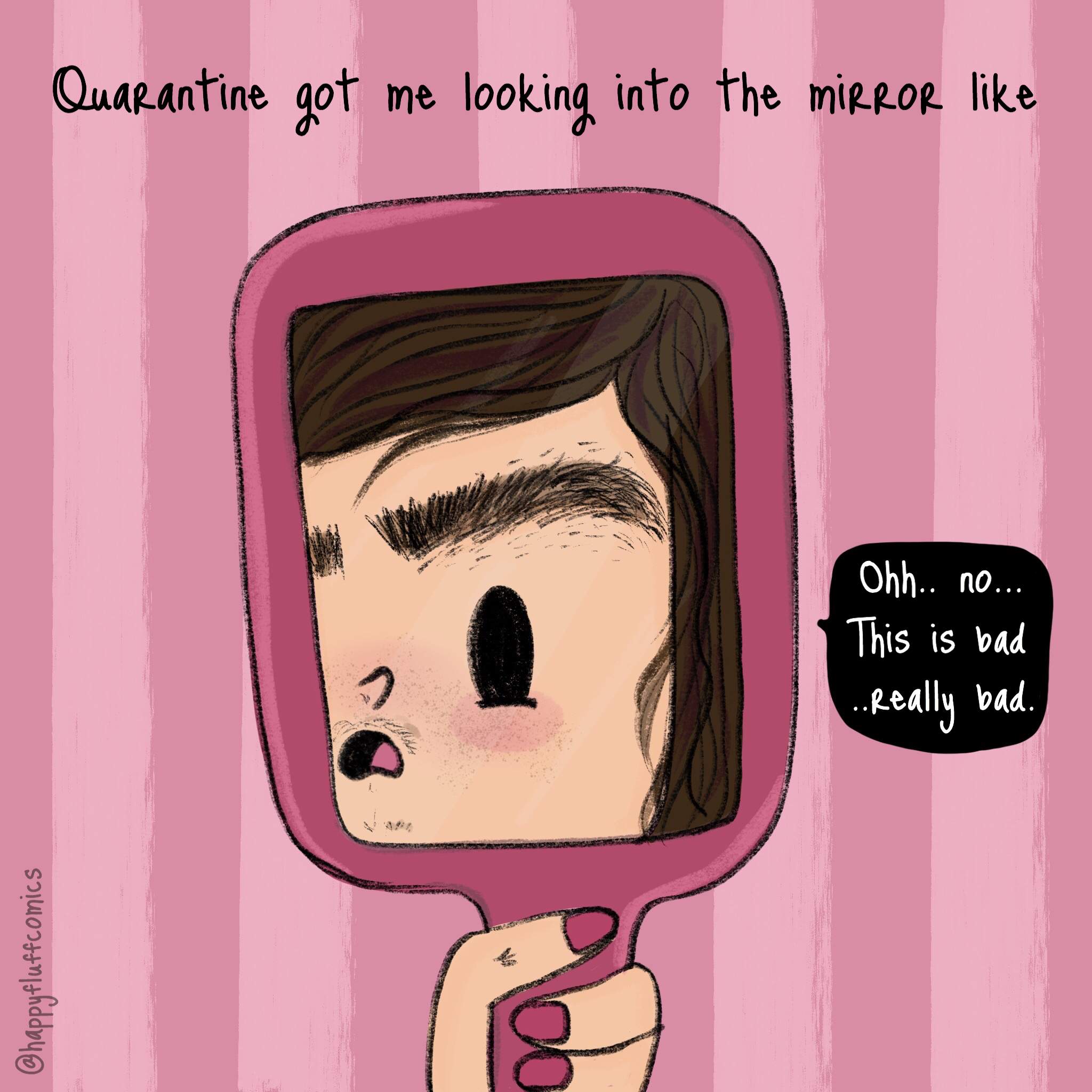