The Pa Ranjith interview: On women empowerment, a transgender actor’s question that haunts him and being a Beyonce fan

Film Director Pa Ranjith entered the Tamil film industry in 2012 with the film Attakathi. Since then he has made three more iconic films and just started work on his first Hindi film. He also produced a few documentaries on subjects like gender and sexuality. And whilst doing all this, he managed to establish the following — the Neelam Production House, a YouTube channel, the Neelam Cultural Centre — under which he established an independent band called The Casteless Collective, a publishing house, a library/ study centre, Neelam’s Ambedkar School of Politics, a law clinic and a sports club.

Besides this, he has organised music festivals, workshops and held various events to further the discourse on caste and other societal issues. Earlier this week, he took on yet another project — a platform providing marginalised women and transpersons with the, currently rare, opportunity to pursue filmmaking. The platform will offer women from marginalised sections and transpersons the chance to learn writing, directing, cinematography and editing — they can attend workshops as well as apply to work with the Neelam Production House. There are probably only a handful of people like Pa Ranjith who have not stopped at realising their own dreams but have made it their priority to create more opportunities for others along the way. Firstly, the director has created a space in cinema that allows for discussion on equality and Ambedkaritie thought. Secondly, he has given people hope, not just to those aspiring to be in films but also those who are making their way in an unfair, unequal world. In his efforts, the director has gone down the lesser treaded path with a lot of confidence. He has used every resource available to him to create opportunities for the oppressed and the marginalised and is considered a revolutionary when it comes to utilising art for the empowerment of the oppressed. He believes that art needs to be accompanied by politics as well, because of the power art wields. And when you have the gift of art, why not use it to make the world a better place. We sat down for an interview with him to discuss the latest platform that he has launched to encourage marginalised women and transpersons to take up filmmaking, about women in cinema, his favourite Black directors and how he’s a massive fan of the one and only Beyonce (Yes, you read that right).

What can you tell us about this new platform you’ve launched and how did it come to be?

See, I believe that art is a weapon. Whether it be stories eulogising war and war heroes, or propaganda films, many get made even here in our country. These films reach a wide audience, so imagine what effect sensitive stories can have. So when we have the opportunity to impact people’s mindsets, art in any form is powerful. I’ve been toying with this idea for a while now and so, when my colleague, Prashanth came up with this concept, I decided to give it a go. We need to create a space for women and trans persons. And it is my wish to make films on all subjects, caste, class, gender and even on issues like body shaming. And that can only happen by increasing opportunities for people. So the platform organises workshops and also offers opportunities to work at Neelam?

I know you very closely follow films made by Black directors and are very inspired by the way they’ve created a space in Hollywood and are producing and creating content. Many Black women directors are also creating great cinema and bringing whole new perspectives. We here, of course, are far from giving our women even those basic opportunities….

The thing with race is that you can easily differentiate between people. There are White people and people of colour and then there are men and women. We can’t say that Black women and White women are the same. They have different life experiences. But unlike that, we cannot differentiate between people here — but there is definitely a difference between the experiences that privileged women face and women from oppressed communities face. Take for example, the life of a widow. Even now, I see women who’ve lost their husbands wear white saris, they don’t wear a pottu (vermillion on the forehead) and they are treated differently. But in my village, I’ve never seen women wear white saris after their husbands die. In fact, I remember a 55-year-old man went to the next village and married a widow and they are still living together happily. Widow remarriage is not uncommon. So women from different backgrounds have different experiences and you can’t always categorise these experiences. 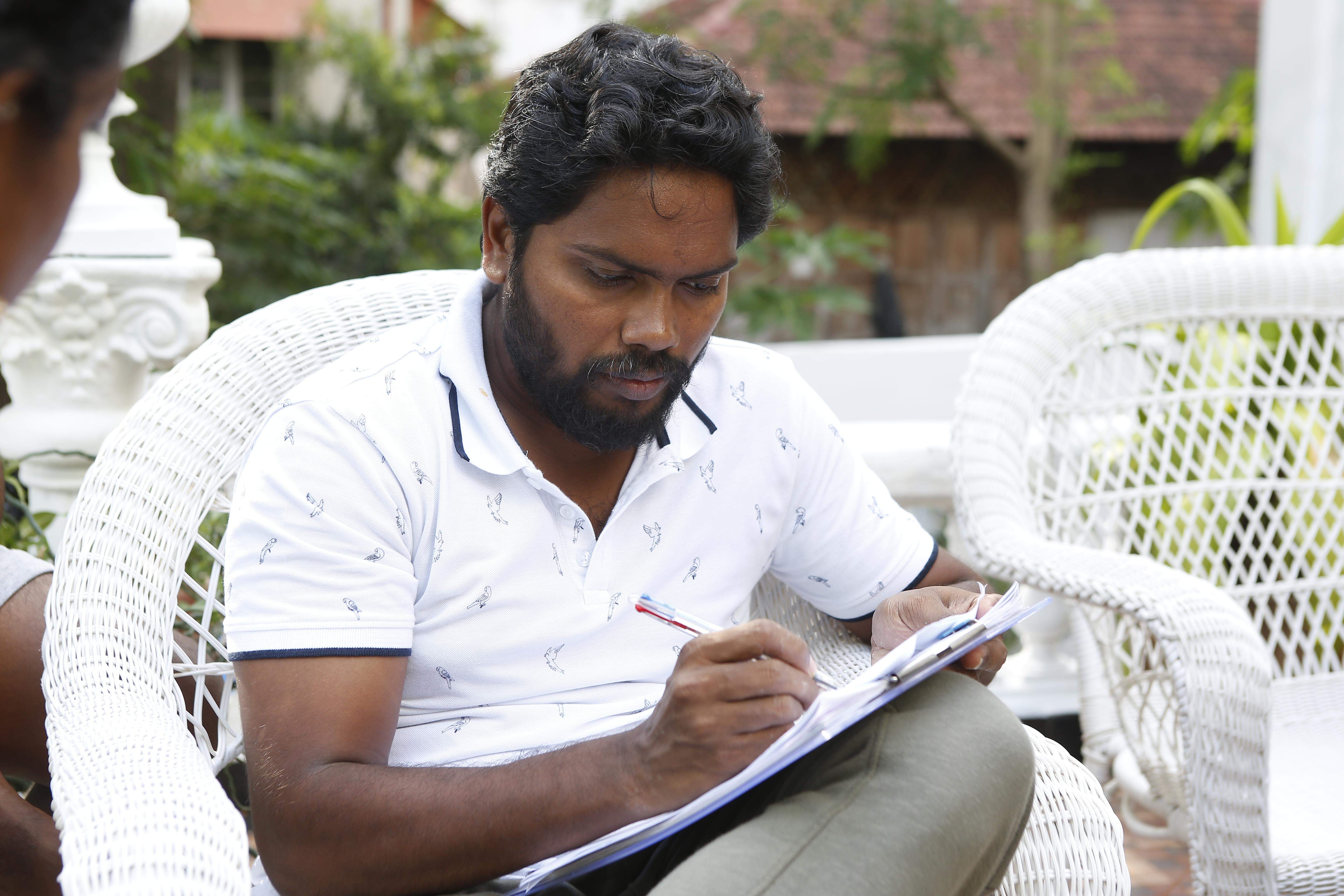 In the last couple of years in Tamil cinema, women-centric films have gained quite an audience. Yet, these films are not made on big budgets, at least not in comparison to male-centric films. How long do you think we’ll take to give both the same prominence?

It is going to be a slow process. If there was already a successful model in place then producers would pursue such subjects. There are two reasons why a film gets made — one, the team has an ideology or a conviction about something that they want to make a movie about or two, it is an economically viable option. Everyone wants to pursue an already successful model, because it is a sound business model. Now, if someone is borrowing money to make a film, they can’t afford to take any risks and so they follow an already successful model. If a film about a certain social issue can also potentially garner a lot of money, then they’ll take it up. But for that to happen, more people need to take more risks with films. At the end of the day, a film has to make money.

Also, most of the women-centric films that come out now are still seen as ‘experimental’ and they all fall into pretty much the same genres — suspense, thrillers, suspense-thriller, feel good, or horror comedy. The films are not character-driven, just plot-driven and they don’t really talk about women’s politics. There was a time when actress Vijay Shanthi’s cop films became huge commercial hits but from then to now, there has been such a large gap. 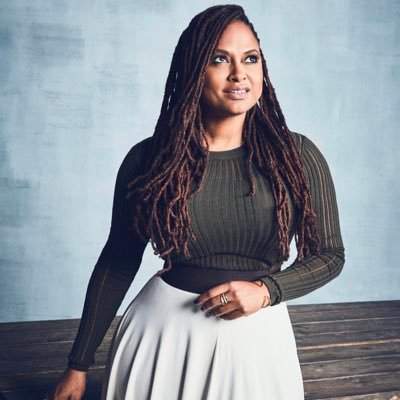 But before everything else, it is important for stories to first get written. Our writers need to feel inspired to write stories about women and they should feel confident about the success that these women characters will have in cinema. And the entire team should come together to make it happen, the artists, the producers and everyone else should have great conviction in the material. And for that to happen there has to be a strong political stance that people in the industry should take to ensure that such films get made.

Even today there are very few women directors in the film industry, but even among these women, there is a perception that they belong to a certain subset of society. Like in any other industry. There doesn’t seem to be much representation of women from oppressed classes. How do we change that?

People’s perception of feminism itself is different for different people. Now, privileged women get empowered and go on to create a safe environment for themselves but marginalised women don’t have the access to do the same for themselves. They might even second guess their presence in these very same spaces and feel like they don’t belong there. These spaces can be intimidating to them. But this is the time to break out of these notions that hold them back. For example, a privileged woman may freely say that she’s a feminist and also speak about what caste she comes from. Marginalised women don’t want to talk about their caste the same way. But many women from marginalised sections are already coming out and are speaking up about the oppression they face. And marginalised women should know that when they break barriers they are breaking them for the women in their community too. When they win, everybody wins! The portrayal of transpersons in films has always received a lot of criticism. Another criticism people make is that transpersons are not given trans roles. Even though Vijay Sethupathi did a brilliant job in Super Deluxe, people have said that the role could have been done by a transwoman. In Hollywood, these days, straight actors are refusing roles of trans people. What do you think about this?

Such conversations have not even taken place here yet. Once, my friend named Smiley , who is a trans woman asked me if I could ever give her a role as a heroine in my films. And I was stunned by that question and it has weighed on me ever since. It was such an important question. I’ve thought about it now and then and wondered how I can do it. Even writing trans person characters is rare here. Some people have written nice characters, filmmakers like Mysskin, and even the film Vaanam has a nice character and these roles were played by transwomen too. But we have to try harder and do better.

The thing is we make films about matters that only concern us, but we have to go beyond this and initiate more conversations. We are still fighting over which problems have found platforms and which ones haven’t. But we to need to first and foremost start talking. We have so, so many things to talk about. It’s time we start. 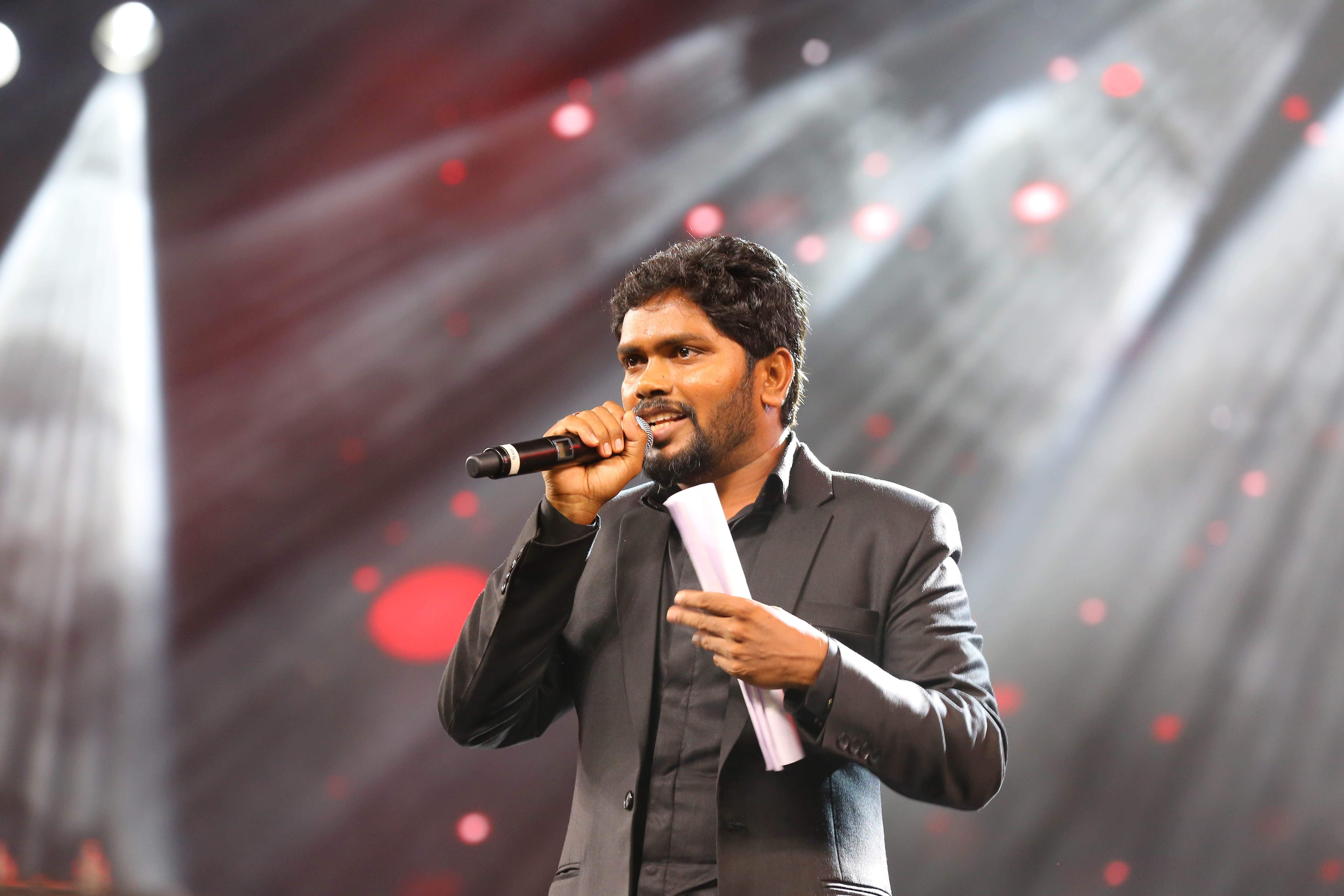 Ranjith's next could be a woman-centric film

And which artists do you admire in the West?

Actually I really like Beyonce. She’s a revolutionary. The black body that for so long people have shamed, she has used that very body to speak her politics. With her lyrics, her style and her attitude, she has embraced herself and she’s a huge inspiration to me. I also tell other people to follow her. At a BLM rally recently, she gave such a powerful speech. She spoke about how she learnt how to sell her own product (her music) and how it was important for her to establish a business and support herself and others. I follow lots of filmmakers as well, the series When They See Us by Ava DuVarney is such terrific work. You can apply the exact same story to the situation in our own country. She’s doing brilliant work. And there’s Spike Lee, he’s a man, but I admire his portrayal of women in films, he has broken stereotypes about Black women. And he has beautiful black female characters in his films.

Do you think male directors have been able to portray female characters well here?

Here too, we have directors like Balu Mahendra who have written women characters well but there’s no movement here. In the West, people began to make these political films and due to the success of those films, more people began to make similar films and that turned into a movement. Without a conscious effort, we can’t see the same happen here. In our industry, we are only focused on the artistic aspects, but we don’t really pay much attention to the politics of our stories.