The mother-daughter duo that set up the upcycled home decor store Imarim, credits their success to the typical Indian ‘jugaad’ mind. It started when Riti Jain Dhar consciously decided to stop throwing away objects in her home that were ‘too old’ or ‘worn out’. While her daughter Maanya was abroad pursuing her education abroad, their household transformed into a colourful sanctuary for what most people would consider trash.

Riti says, “The entire idea came from a place in my mind where I thought let’s think before we’re so quick to chuck things out. I started by repainting our old dining chairs, some cabinets, a few cushion covers and old saris. When people saw the work, they insisted that we do the same for them. That’s how it gradually became a store by 2016.” 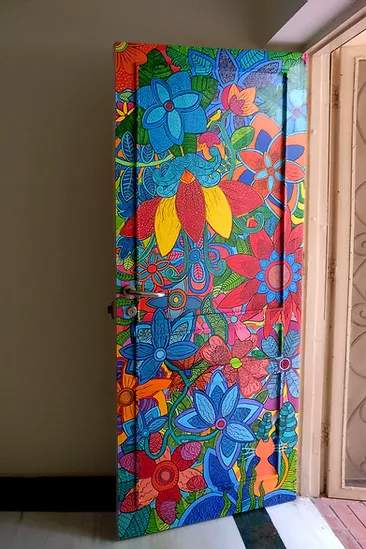 WASTE NOT: They improve upon everything from doors to pillow covers

The Imarim Store offers home decor, wall art, cushion covers, furniture and interior styling. The two have built quite an efficient work environment between them thanks to their similar tastes and aesthetics. While Riti does most of the paining and craftwork, Maanya gives life to the brand by putting it out there through her networks and social media.

“Just because things start to look a little worn out doesn't mean that you need to get rid of it,” says a stern Riti. “When you start doing this sort of work, you end up seeing possibilities in everything. I would go to junkyards and small markets searching for things I could salvage. When I’m done with it, these items will go from hiding in the corners of your home to becoming a centerpiece in your living rooms!” 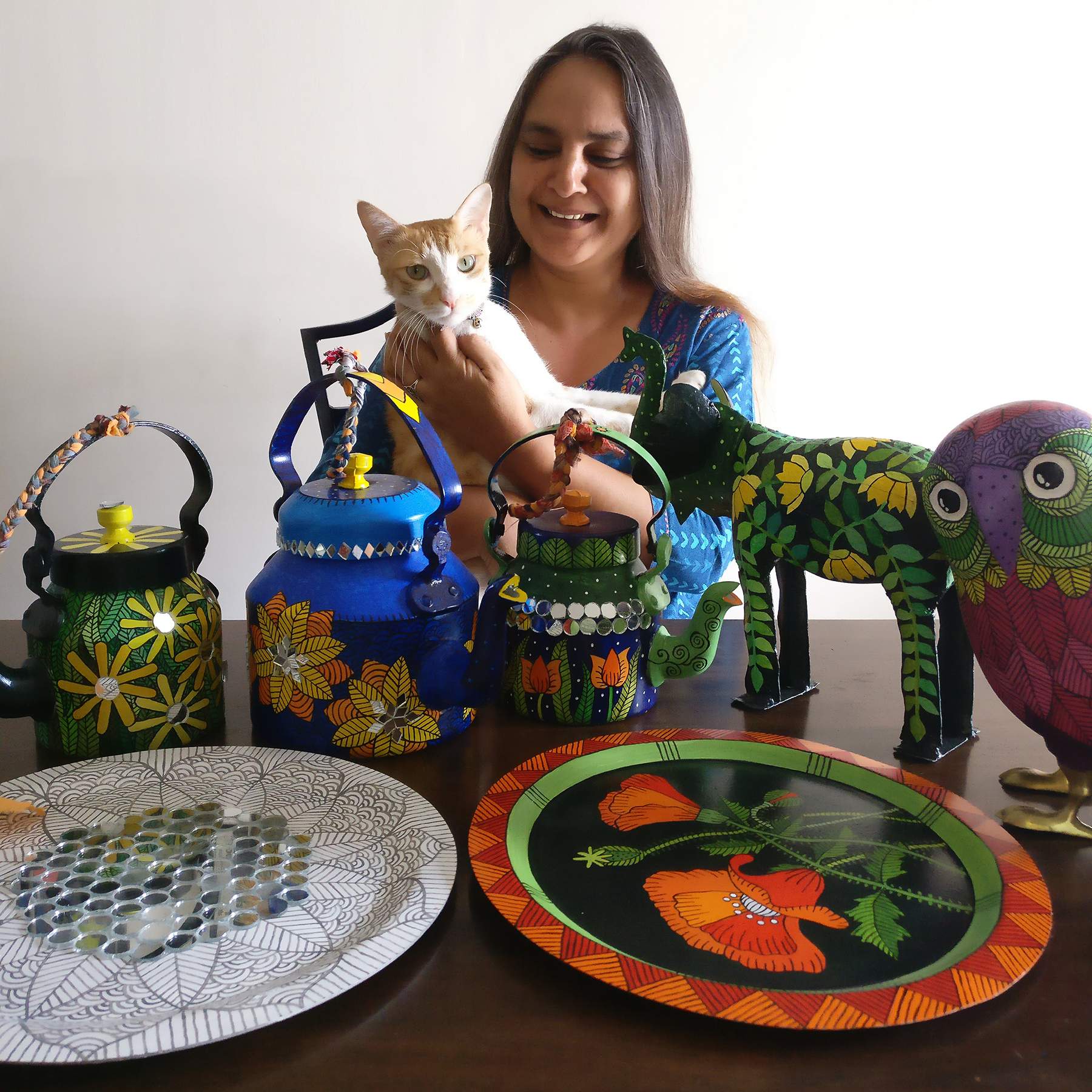 PEACE PIECE: Riti admits that she considers the process therapeutic

With COVID-19 and the halting of courier services, the business did suffer like most others. However, Imarim was never intended to work on a large scale. One major idea that united the two was the idea that they would not create things in bulk. They give each work they are commissioned with, a generous amount of love and care before fixing it up. In Riti’s own words, each piece is a baby. So they ensure that they don’t end up contributing to the culture of mass production and waste that they are working against.

Riti and Maanya work with anything. Over the years, they have created products from cloth, metal, glass or anything that needed saving. Riti explains, “There is no science to it. Anything that catches my eye and I see a possibility of taking further, I pick up. But we love a pop of colour! Usually when people think of sustainable or organic products, they think of shades that are sober or earthy. Sustainable can be bright, bold and in your face! That’s when it becomes fun.”