Bottle it up: Check out this 24-year-old's works of art that she's made with waste bottles found along Ashtamudi lake

Aparna S always liked to take the scenic route on her way home from college. The BEd graduate used to fill her spare time with odd crafts and by making terracotta jewellery. One day, she grew tired of seeing the beautiful pathway along Ashtamudi Lake littered with plastic bottles and a disturbing amount of plastic waste. Always the quick artist, she decided to fetch her paintbrush and make a few changes.

Aparna’s house rests on an island more than an hour away from Kollam town, in Munroe Thuruth. She decided to collect a few plastic bottles along the way and give them a crafty makeover. A few weeks later, she took to social media to invite people to join in on a meeting and find similar creative ways to upcycle the waste that they all agreed were blots on their otherwise beautiful neighbourhood. The 24-year-old says, “I used to bring a few dozen bottles home each day in a small sack I used to sneak into college with. I used to get weird stares from people all the time as though it was none of my business to collect the waste. Even my family asked me to stop the ‘madness’ because people would start talking about me! But this was all background noise, I had found an amazing new hobby.” 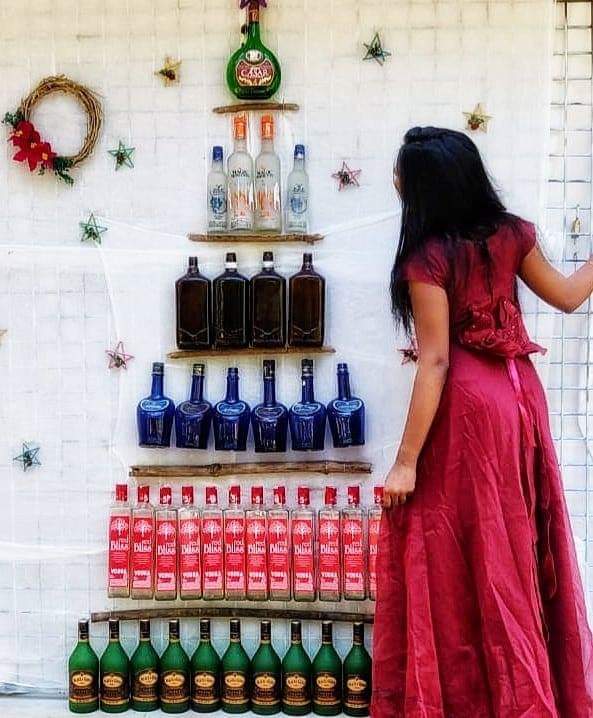 BOTTLE UP: Since March, Aparna has been creating DIY videos for YouTube

More than 20 people showed up for Aparna’s meeting. She decided to call her handiwork ‘Quppi’, a crafty take on the Malayalam word for bottle, ‘kuppi’. She gained so much love and support for her artwork that ]a small army of like-minded people joined her soon after. On March 17, they joined together to conduct a cleaning drive at Kollam’s KSRTC bus stand on Link Road. On that World Water Day on March 22, they grouped together at Ashtamudi Water Sports Centre to organise an awareness programme among people. She also took the time to make at least one informative post on Instagram and Facebook to spread the word about the need to be resourceful and careful. Today, her fanbase has not only doubled with more than 19,000 followers on Facebook, Quppi has become a game changer in student sustainability.

Aparna completed the final exams for her degree amidst the lockdown. Although she misses the lake and the inspiration that comes with it, she has been dedicating her time to making DIY craft videos on YouTube since March 20. In the first week of June, she also set up the online platform Quppi Store on Instagram and other social media platforms to help people who cannot buy the basic raw materials needed for art. After receiving the material on bulk, Aparna sends them to those who need it through speed posts.