Engineer-turned-photographer Samanvitha Rao has shot around 200 pictures of butterflies. She tells us why the climate is essential to preserve these creatures and the individual's role in saving them

We are constantly constructing buildings and wiping out the space that butterflies need to breed, says Samanvitha Rao. This landscape photographer and artist from Mysuru explains why it matters so much to her. She says, "Butterflies are the best indicators of the ecosystems we are living in. You will not get to see these beautiful creatures if the temperature increases." Having fallen in love with the colourful winged creatures, she has shot around 200 different butterflies across Karnataka, Sri Lanka and different parts of the world.

Her photographs of butterflies are naturally vibrant. She explains how she got into this line of photography, "After attending two workshops to understand the diverse factors of the butterfly, I became curious to know more about them. That is when I decided to capture them on my camera. I started observing their movements. Beyond the photographs, I was also a part of butterfly surveys for different state forest departments. Some of these photographs were shot during my surveys." 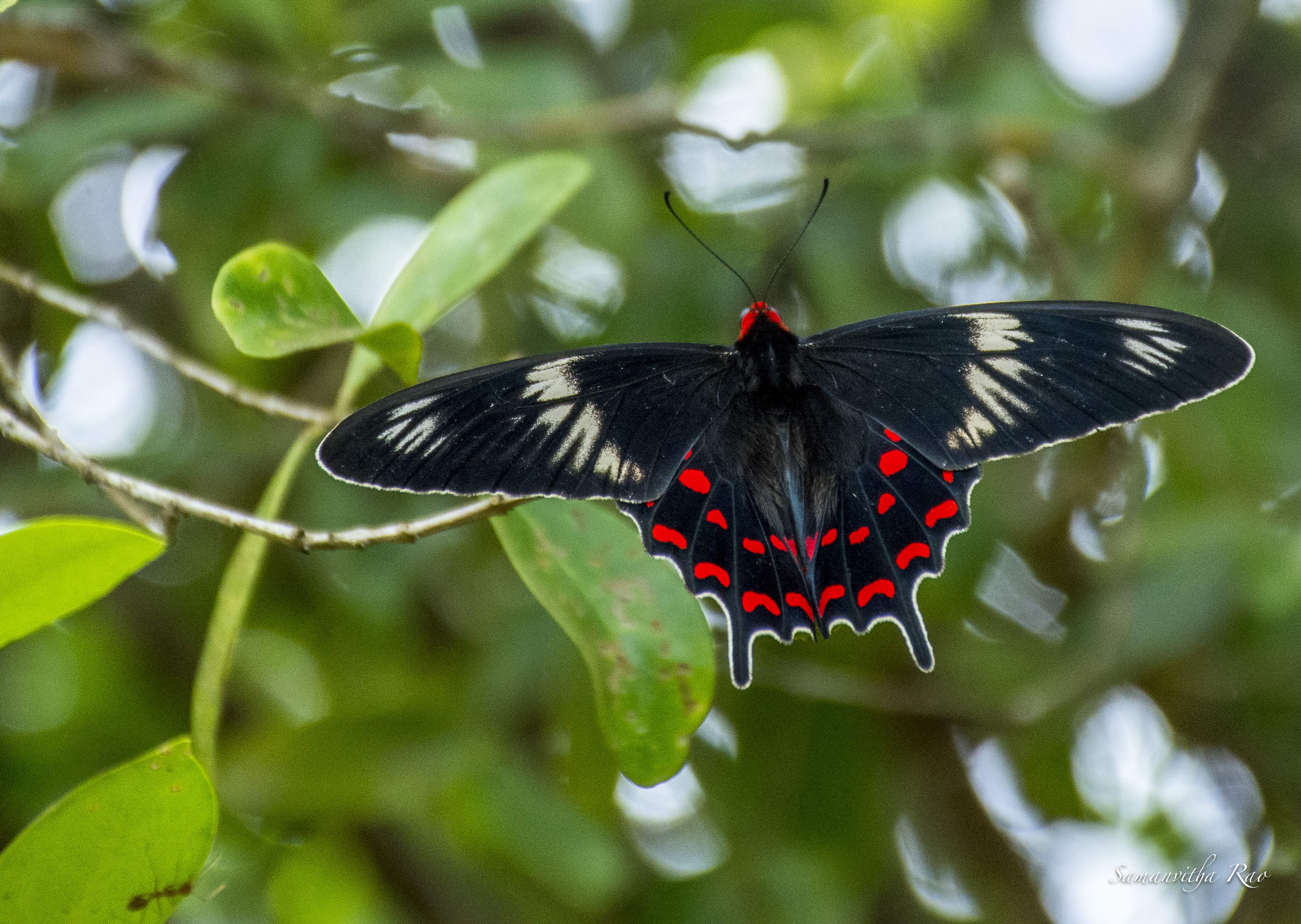 She goes on to explain that keeping a watch on butterflies could help you understand the impact of climate change, "I think that anyone can do this survey in their city or surroundings to not only record the number but to see the changes that happen in our environment. You can do the survey seasonally to find out how good our climate is, which butterflies are active in which season etc. By recording their numbers, you will find the impact of climate change." According to her observations, butterflies are dependent on specific types of plants. Many of them are named after their host plant. "There is a butterfly called Cabbage White because the butterfly or larvae feed on the cabbage plant. Similarly, there is a butterfly called Banana Skipper which feeds on the Banana leaves. Each butterfly has a specific host plant on which the larvae will feed. In case the host plants are not found in that area, then you will see that the population will either decrease or they go extinct. If the conditions for them to breed are completely wiped out then there are chances that they might become extinct."

Not just photography or surveys, she firmly believes that every individual has a role in conserving these beautiful creatures from dying. Therefore, she has a garden at her home where she has planted native plants that can attract these butterflies. "Even if there is no space in the premises of your house, you can create a terrace garden. It is very popular these days. One can customise it accordingly and plant some native saplings which can not only help butterflies breed but also give you fresh air to breathe," she tells us. 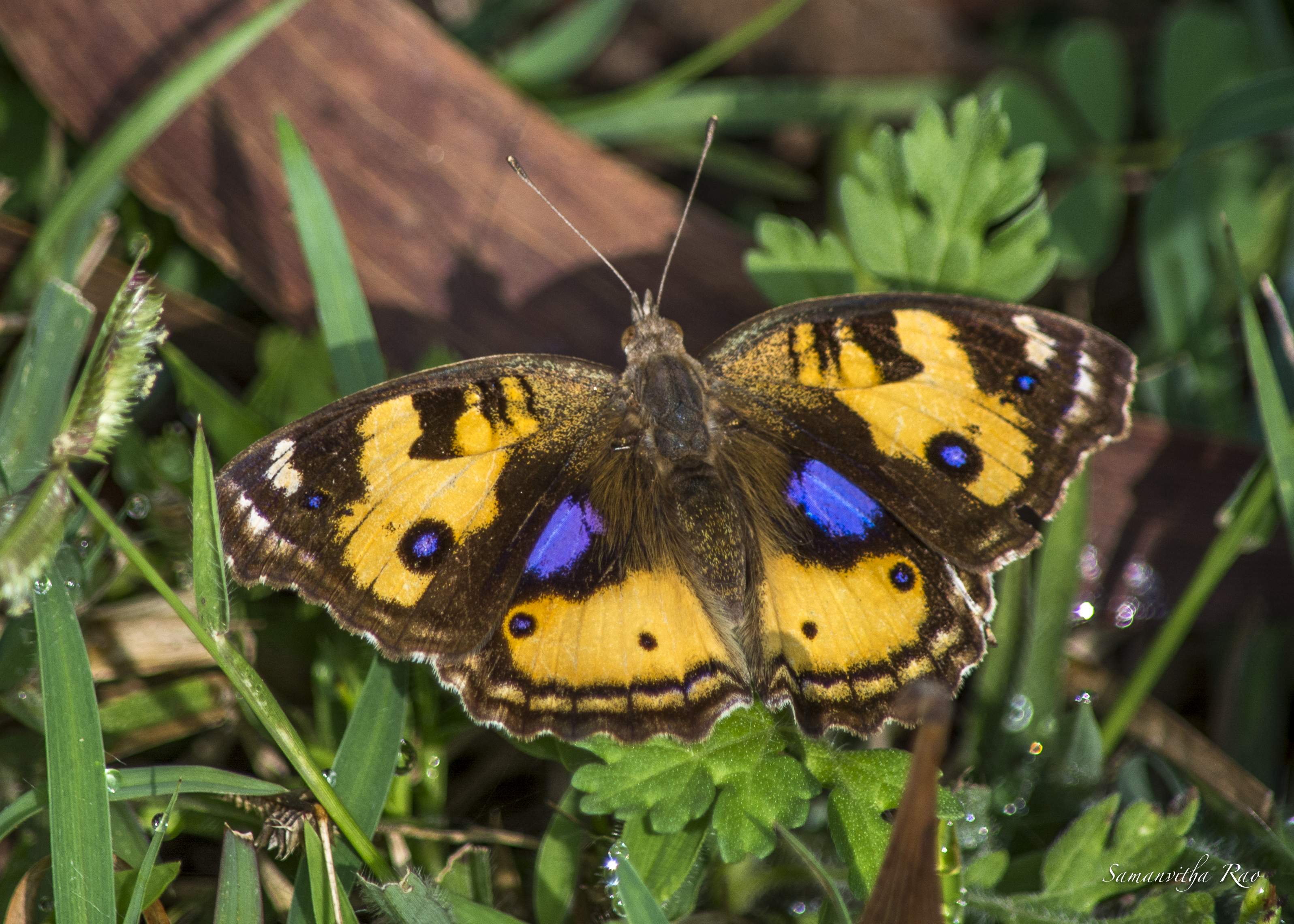 While she has been contributing to save nature in her own way, she comes from a totally different background.  She studied Engineering at the National Institute of Technology in Karnataka and then moved to the USA to pursue a Masters Degree in Computer Science at Purdue University. For a decade or so, she worked in CISCO Systems as a software engineer. When she returned to India, she travelled extensively across the world including Nepal, Egypt, Patagonia and so on. "These places which I visited taught me a lot. I always admired nature and beauty," says Samanvitha who had grown up watching her father click amazing pictures and had thus, developed an interest in it.

From landscapes to birds and animals, she has captured plenty with her camera. She says, "A few years ago, digital photography was a big deal and I did not have a DSLR camera with me. It was in 2014 that I bought my Nikon D7100 and use different lenses which again depends on the subject we shoot. The butterfly is a small creature and it takes a lot to capture these tiny creatures in one's camera. I would climb on the canopies and enter the thick bushes to get the perfect shot of them. There are butterflies which fly higher and I jump after them to take one shot.  You can never predict where a butterfly will sit. Most of the time, we use a microlens which means we have to get close to the butterflies. We need to be delicate, soft and patient while shooting these  pictures."