Anuja Ghosalkar or ‘Drama Queen’, as she is referred to in the theatre circles is doing her first round of performances in Kerala. Having performed one of her most revered plays, Lady Anandi, in the Kerala Museum, the actor spoke speaks about discovering her love for acting in her thirties, getting the young to embrace experimental theatre and why she chooses to tell stories her way. Excerpts:

You are referred to as the 'drama queen'. Could you describe yourself as an actor and why you have chosen this medium?
I would like to call myself a performer. This medium is something that I came to at 34, quite late in life by the industry’s standards. At the time, people said all kinds of things to me — that I am too old or too fat to be an actor. I was typecast. But I persisted. I chose this medium because I come from a family of theatre actors. My grandfather and great grandfather have all acted in theatre. I resisted becoming an actor for a long time. But at one point, I felt that it was a leap that I had to take.

How did you initially conceive the idea behind Lady Anandi?
It is a non-linear narrative. There is no story as such. It’s a series of incidents I narrate using archival photos as projections on my body. It is the story of my great grandfather who played female roles on stage in the late 19th century on the Marathi stage. Through this performance, I ask the question ‘What does it means to be a woman on stage?’ In one line, the refrain is — two actors separated by 100 years, one who plays a woman convincingly and another who is struggling to be a woman on stage. 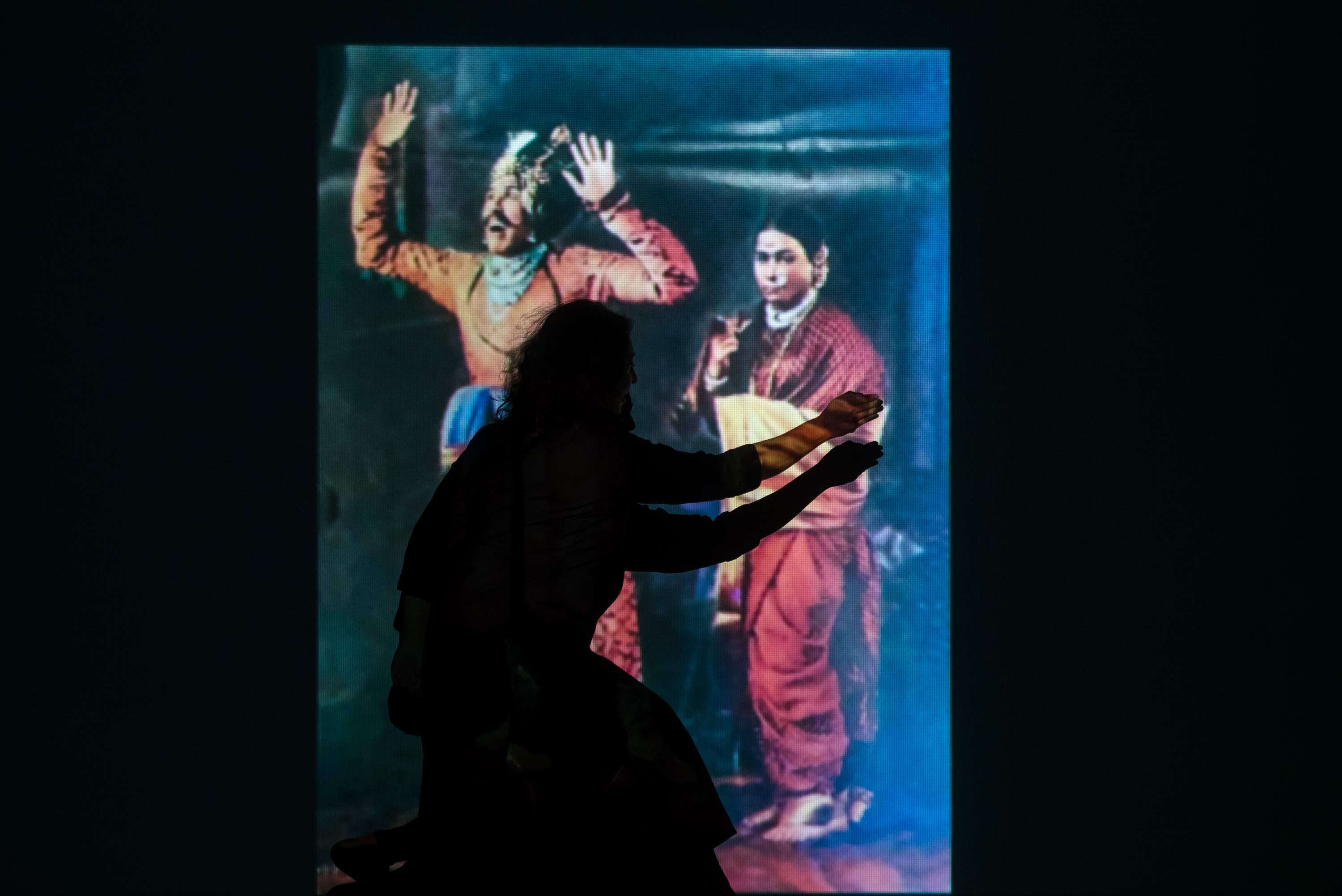 ACTOR FACTOR: Anuja hails from a family of theatre actors

And was it easy to get to the stage?
When I first decided to be a full-time actor, people said all kinds of things to me. I have heard everything from ‘You stand like a man’ to ‘You talk like a man’. At first, I thought it was funny, but in time I realised that it was far more sinister. Also, when I started working with directors, the way they gave me instructions or directed the female body on stage was problematic. So I decided to tell my own story, to own the means of production and to claim my narrative. I decided to do a performance that meant something to me. And the fact that my great grandfather played beautiful women characters became an interesting entry point to ask questions about gender, the body and how we remember our past.

The play itself is about artists. Did this grant you the freedom to explore your own creative process?
Absolutely. The play is not only feminist in content but also it in its form. It is loose, raw and rough around the edges. In parts, I stop and talk to the audience, I read from a script and I challenge many received notions of how theatre pieces should be. I am interested in a kind of theatrical form that will free me rather than having a perfect form. As an artist, my type of work is about sharing and expressing one’s flaws and vulnerabilities with the audience rather than put on a facade. And once you share your vulnerabilities with the audiences, it does start to free you.

What do you expect from a Kerala audience?
I have performed in Kerala before at the International Documentary and Short Film Festival of Kerala in Trivandrum in 2017. This was my first time performing in Kochi. The audience here did meet my expectations - they were open, empathetic, asked me sensitive questions and accepted my extremely experimental and boundary-bending theatre piece.