Remember the Kerala teacher who rowed her way to a Govt School? This is what she is doing today

Kerala’s literacy missions have found a way to seep into places that are often hidden deep inside the state’s prized forests and mountains. If you speak to educators and government employees who have spearheaded these initiatives, more than bringing the children to the schools, their biggest barrier has been to make sure that they stay there. KR Ushakumari is the lone teacher at Kunnathumala Agasthya Eka Adyapaka School in Kunnathumala, a school that rests in the thick of a forest 2 hours away from Trivandrum city. For the past 17 years, she has been going the extra mile to ensure that her students stay in school.

Ushakumari travels from her village of Amboori to Kunnathumala, which is more than half an hour away. In the earlier days, she used to walk by foot through the rock, rubble and sometimes wild animals of the forest to reach a river that she would physically row to reach the ‘ooru’ (or tribal settlement) where her students resided. “I am from Amboori myself, so I know that we cannot forcibly ask them to embrace our ways and this education system. I knew that we had to approach the families and the communities first, because in a way, this in itself is a type of incursion,” says Usha. Usha was working with the district panchayat on a number of areas, including literacy, when a call came for educators in the tribal villages.

It was in 2004 that she first waded her way into the lives of her students. She recollects, “We worked side by side with the families. We would stay with them in their homes. People who live away from what we define as 'civilisation' are often rightfully afraid of what could happen if they let their children leave. We tried to show them that we were not trying to take the children away from their homes but only trying to bring literacy into their homes.” 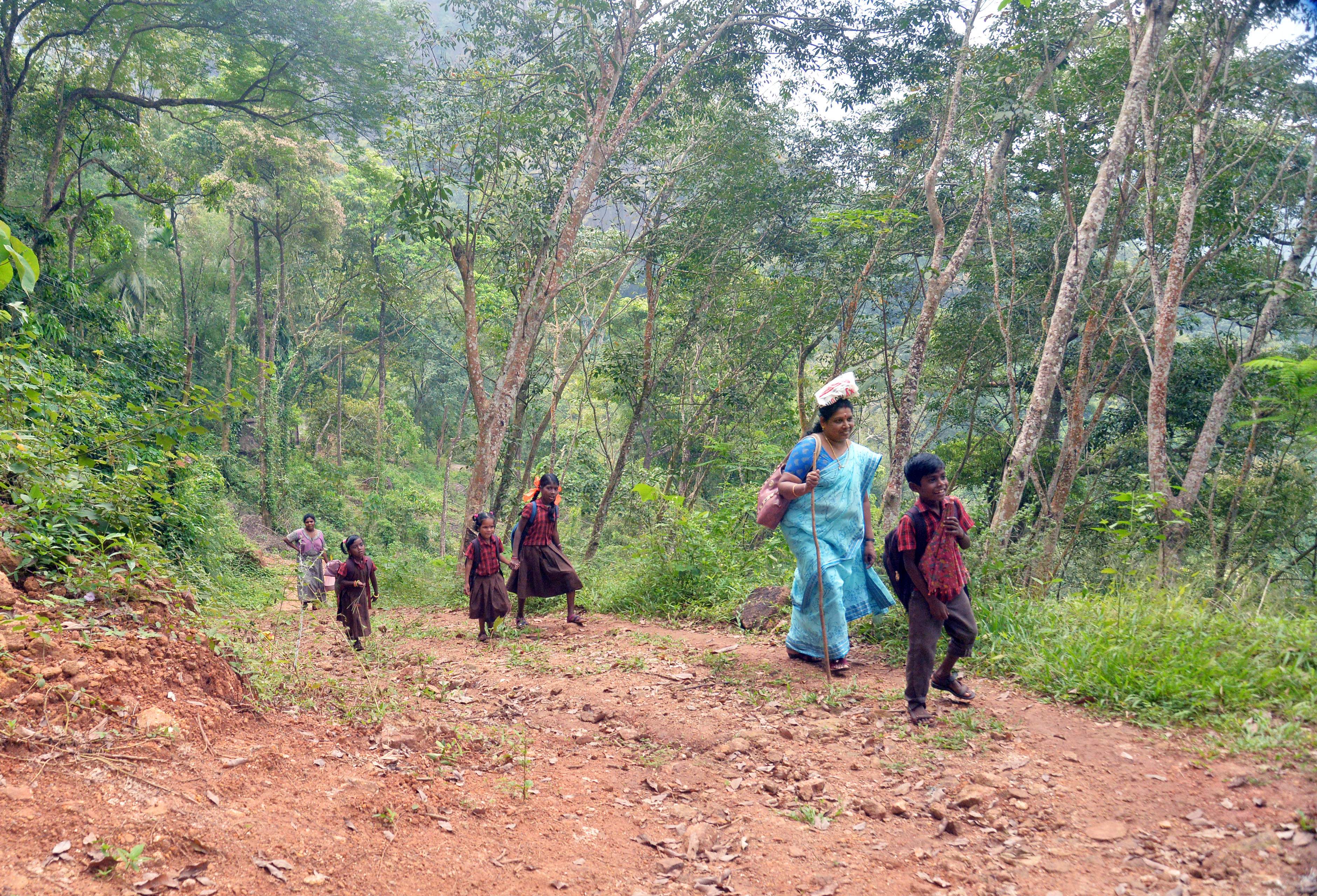 ROW-ED TO EDUCATION: Ushakumari travels a rough path to the school

The inside out track
Their effort began by building a community. In the evenings, they would sit together and discuss everything from the universe to their most simple concerns. The language spoken in the forests of Kunnathumala is a mix of Malayalam and Tamil. Usha and her colleagues would listen in and try to learn the language and the cultural values they held before they made an attempt to teach them. “Initially, neither the parents, teachers or the community as a whole had any inclination towards education, they usually take their children along with them to work,” says Usha. “Through our conversations, we tried to make them aware of the importance of education and tried to inform them that this would be for the betterment of the children themselves. This is how we got our first set of few students.”

Following this, they basically went through each ooru and identified the areas with the least student participation. With the help of the ooru moopan (or leader), they established a programme where students are identified to be educated. They called councils and took each person's opinion with the help of education experts and set up a school. 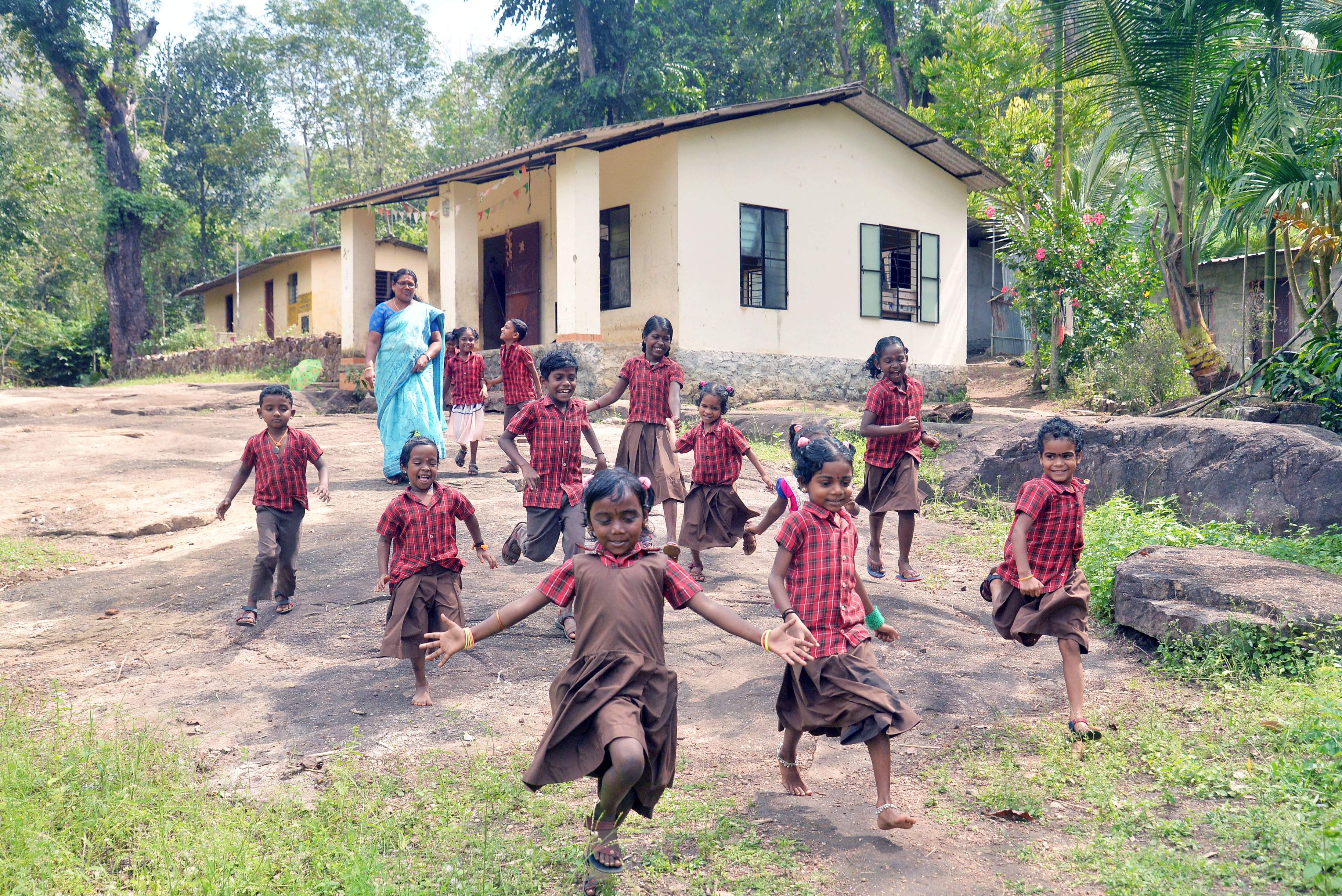 Getting them woke
When they set up the school, their first batch of students were much older than most first standard students. In a year, 1-4 standard students were given the basic material to read and write and introduced to a few math problems. Once they developed a basic knowledge, they were immediately transferred to lower primary schools in the city where they could join other children who were the same age as they were. When they moved to hostels in the city, word began to spread in the media that the children had been taken from the ‘jungles into the city’. This is when the people in the localities began to warm up to the concept. Usha says, “It made them happy and helped them gain the confidence that their children were in safe hands and they would actually get the education that we were promising. They started to voluntarily send the children, without even holding them back when we sent them home for the holidays!”

This is when the work started to intensify for Usha herself. She would wake up at the crack of dawn and reach a point in the city from from where she could row a boat into the school. These were days before the city had even managed to build a single road to connect the villages to the cities. 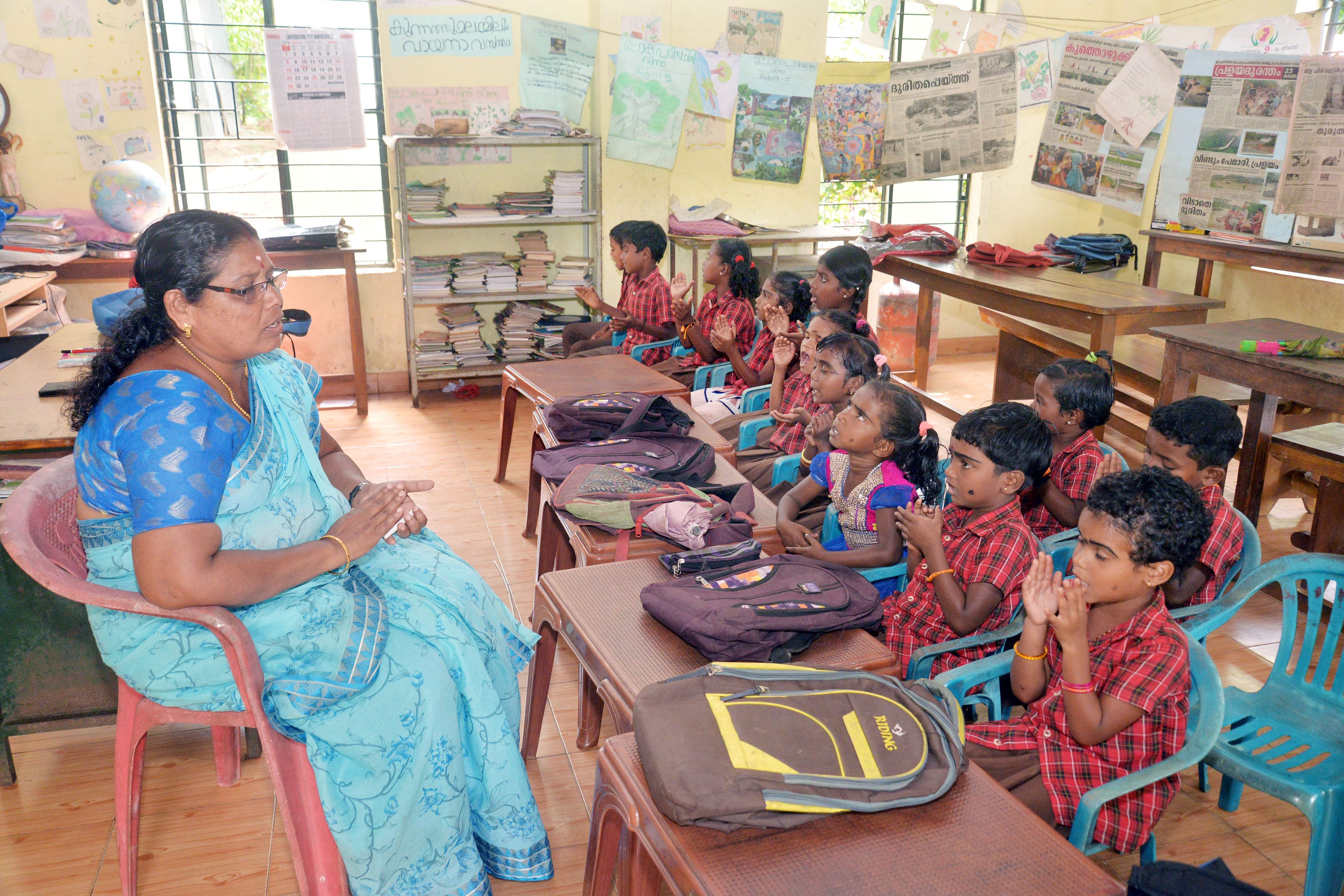 CHANGE RANGE: They started the initiative from the community itself

Grow it like a boss
Usha says, “In those days, more than focus on agriculture, a lot of families were involved in illegally brewing toddy in the houses. This was not a conducive environment for the children. We worked along with a few law enforcement officers and conducted raids that helped weed out this major problem. We also conducted basic classes for the parents and village elders. We really caught their attention because they also felt a sense of joy in coming together as a community.”

It was when Kudumbasree and other organisations came into the scene that they also realised that they could participate through farming pepper and other types of agriculture that could benefit them more than cause them harm. With the help of Kudumbasree, Usha set up a group that would work together ensured that the overall environment was safe and secure. “I was the secretary of this group,” she says, adding, “One set of members would be involved in raring goats or fruit trees, the products of which they could sell. We also offered loans from Kudumbasree on the surety that they would not use it for anything else. The idea was that they would have to give one day of their profits to the community to help it grow and the rest would be used by themselves. We gave them everything from shoes to clothes and would walk along with them to the banks to help set up accounts for them and their children.” 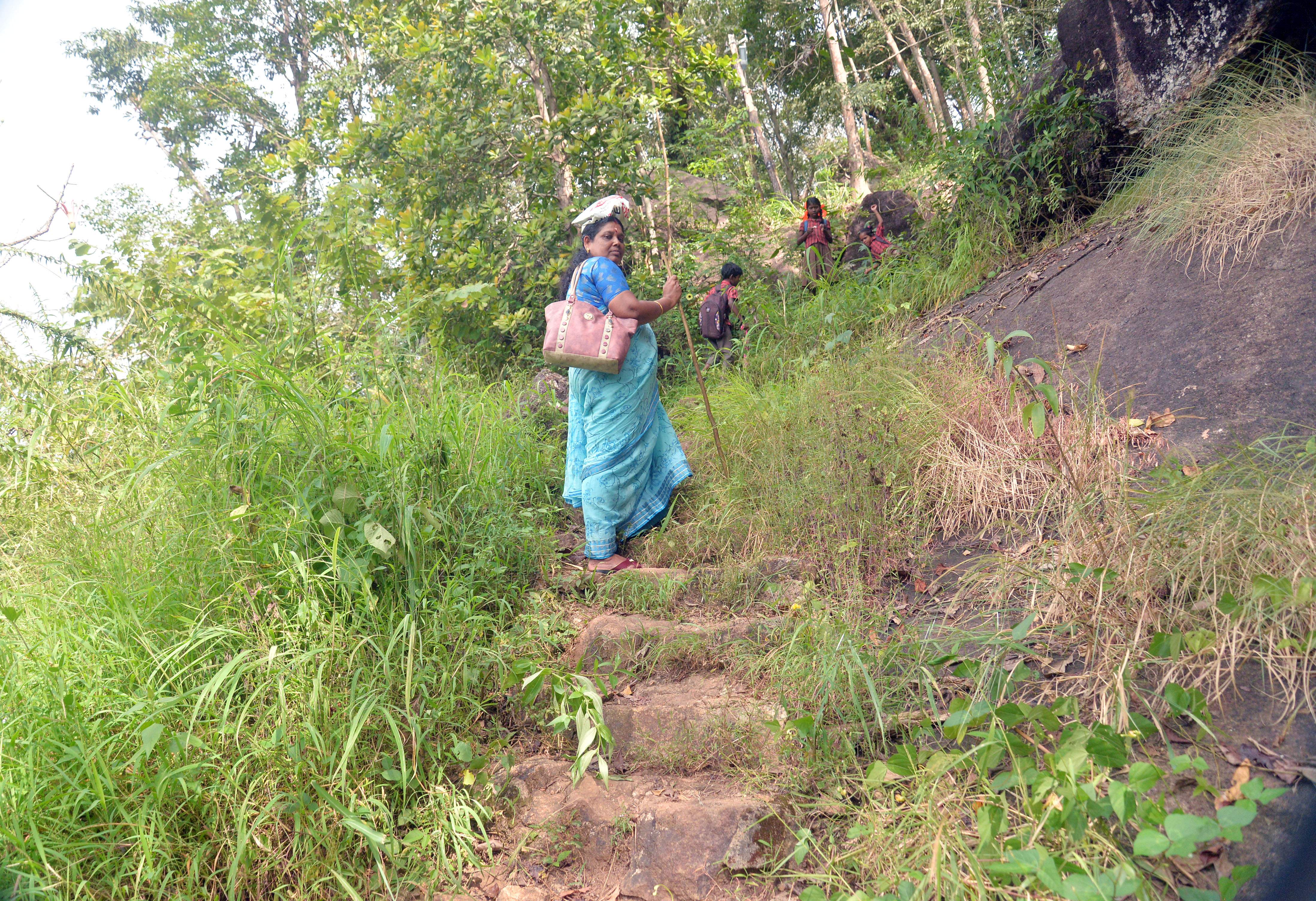 PATH BREAKER: Parts of the forest have now been cleared to travel

Cut to the present
Currently, this group is run by students who have passed out of the school. In addition to this, the parents willingly send the children to the schools. Now, the parents could afford to support their children. They bought them books and schoolbags and, more importantly, they were able to identify the importance of why they needed an education. Being the only teacher in the school, Usha teaches them everything from languages and general knowledge to science and mathematics.

In the past five years, a lot has changed for Usha and her students. On most days, she is able to travel to the school on her scooty through the newly tarred road that leads to the village. She says, “There are some areas where the road will unavoidably get submerged during the rains, a wild animal may show up or a tree may fall in our path. During those times, we still have to row our way into the forests.” What could paint a better picture of the devotion with which teachers like Usha find their way to their students than the path they cross to reach them?