The Anand Neelakantan Interview: Let children pick up morals from our mythology themselves

Popular author Anand Neelakantan to understand his inclination towards mythological characters like Duryodhana and Ravana, and why they are relevant in today’s times

Now I know most of you have watched Baahubali, the SS Rajamouli-directed superhit that smashed all records in the Indian box office. But did know that there are book versions of this blockbuster film as well? Yes, a three-book series that serves as a prequel to the movies, it is written by Anand Neelakantan — an author, columnist, screenwriter, television personality and motivational speaker. Neelakantan has also written several mythological books and his way of narrating these stories is what makes his books stand out. If you're an avid reader, especially of the mythology genre, then you're probably already familiar with his bestselling debut book Asura: Tale of the Vanquished, which is the Ramayana told through the eyes of Ravana. This was soon followed by Ajaya: Roll of Dice, which was all about the Kauravas. During our conversation with him at the ThinkEdu Conclave 2020, he said, "It was these two books that led me to write the story of characters like Sivagami and Baahubali." And the rest, as they say, is history. Excerpts from the interview:

What led you to write epics like the Mahabharata and the Ramayana from the point of view of the defeated characters?
In my books, Asura, Ajaya and Vanara, Ravana, Duryodhana and Bali respectively were the heroes. I found it fascinating to tell stories from the other side which were otherwise written only from the viewpoint of Lord Rama, Arjuna and Lord Krishna. What is the use of writing the same story that's been told for the last 5,000 years? However, I have written TV serials like Siya Ke Ram and Sankatmochan Mahabali Hanuman like most books are usually written. The Rise of Sivagami too is a completely different book, it was not written from the point of view of the defeated, like my other books.

Do you think this alternate narrative is relevant in current times?
This is the time when many people insist that there should be only one version of these epics or mythological stories. India and Hinduism are all about diversity. There are many versions of the Ramayana and Mahabharata. I use folk tales to tell these narratives. And I use the opposite perspective to say what I want to. Basically, I am using a lesser-known version of these stories and stitching them together so that they make sense.
According to Valmiki, Ravana is an example of how a man actually lives while Lord Rama is an example of how a man ought to live. I think each one of us has a Ravana inside us. The entire modern society is built on the qualities displayed by Ravana during those days. You rarely find Ramas today but you will certainly find Ravanas. Even in the Ramayana, materialistically, Lanka was more developed and progressive than Ayodhya. How many today know that Lanka was called Suvarna Lanka? In order to achieve progress, it is essential to have the qualities that Ravana had. It is discontentment that is driving the world towards progress. Ravana was always a discontented person. If every person is content, then we would still be living in caves or on trees. It is this discontentment that has been pushing the world towards the civilisation we live in today. If you are only like Rama, you will not be able to see development.

So, is this why you never portrayed Ravana as a villain?
According to me, Ravana was never a villain in the original Ramayana. He became a villain only in the bhakti-era. The concept of 'villain' did not exist in the original Indian thought process. The concept of heaven and hell and god and demon started only during the bhakti-era, otherwise, it was all about karma. When Rama became god, there had to be someone who was a demon. He is none other than Jaya and Vijaya, the bodyguards of Lord Vishnu who were born as different characters in their other life. 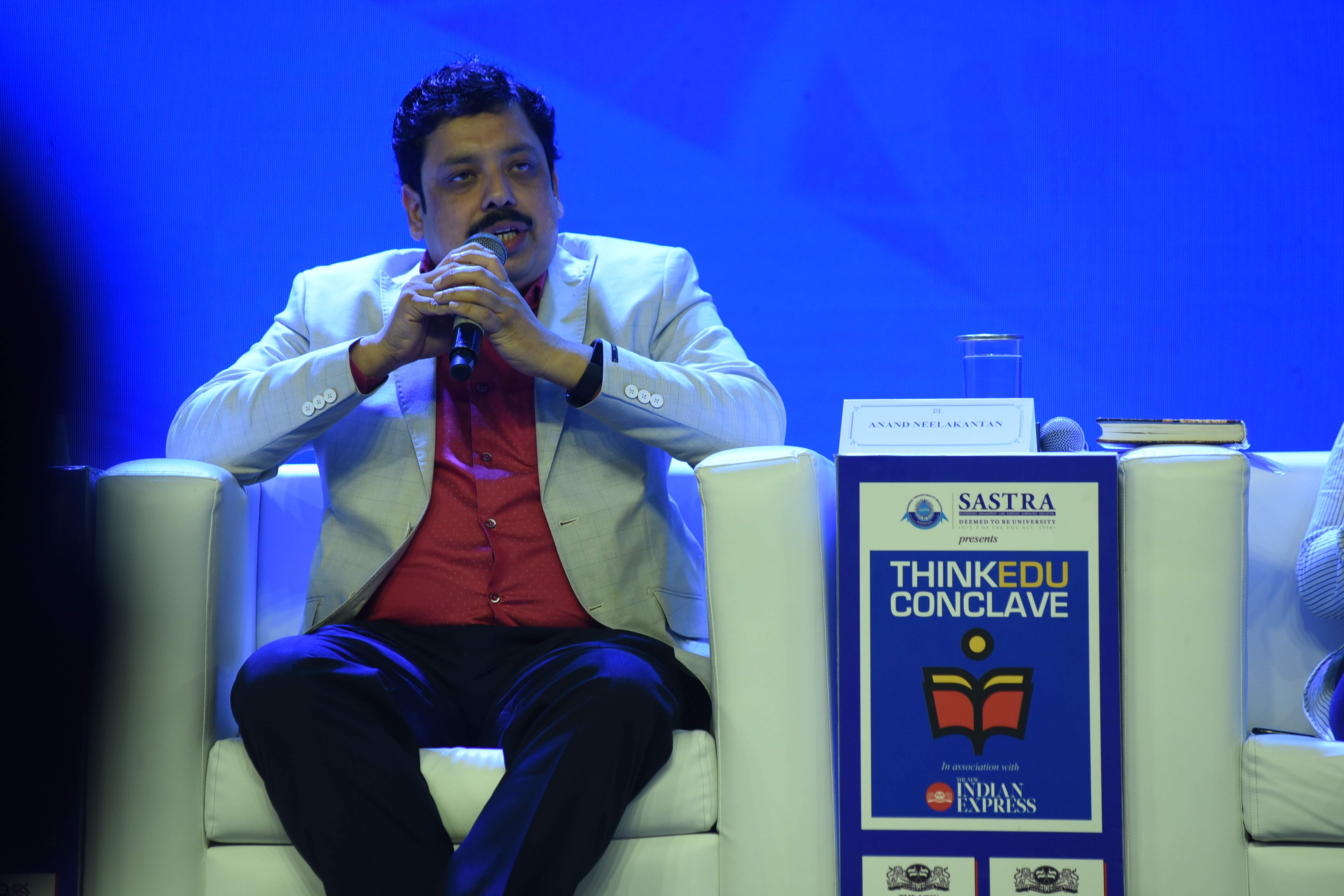 Do you think India is missing out on reading the right mythological or historical stories?
There is no right mythology or history as such. These stories have been rewritten by many authors. At a time when there are around 350 versions of the Ramayana and 1,500 versions of the Mahabharata, which one do you think is right? India has been rewriting these age-old stories for a long time. This will keep changing in the future as the stories are not dead, they are alive. While a dead thing will not change, a living thing can change anytime.

Why do you think these mythological stories are rewritten and retold in India so often?
The greatness of these epics is that they are highly contemporary in nature. You can find their characters in people even today. If you look around, you can spot a Ravana and Duryodhana and they serve as prototypes for literature. These characters are written to show how people behave in different circumstances.

Having said that, do you think things like Pushpaka Vimana really existed?
I don't think so because for something of that level of sophistication to exist, one needs to possess aeronautical skills, the know-how of metallurgy and so on. This is all about imagination. If you read Valmiki Ramayana, Pushpaka Vimana is described as a chariot drawn by donkeys. These elements are just tools to tell a story. 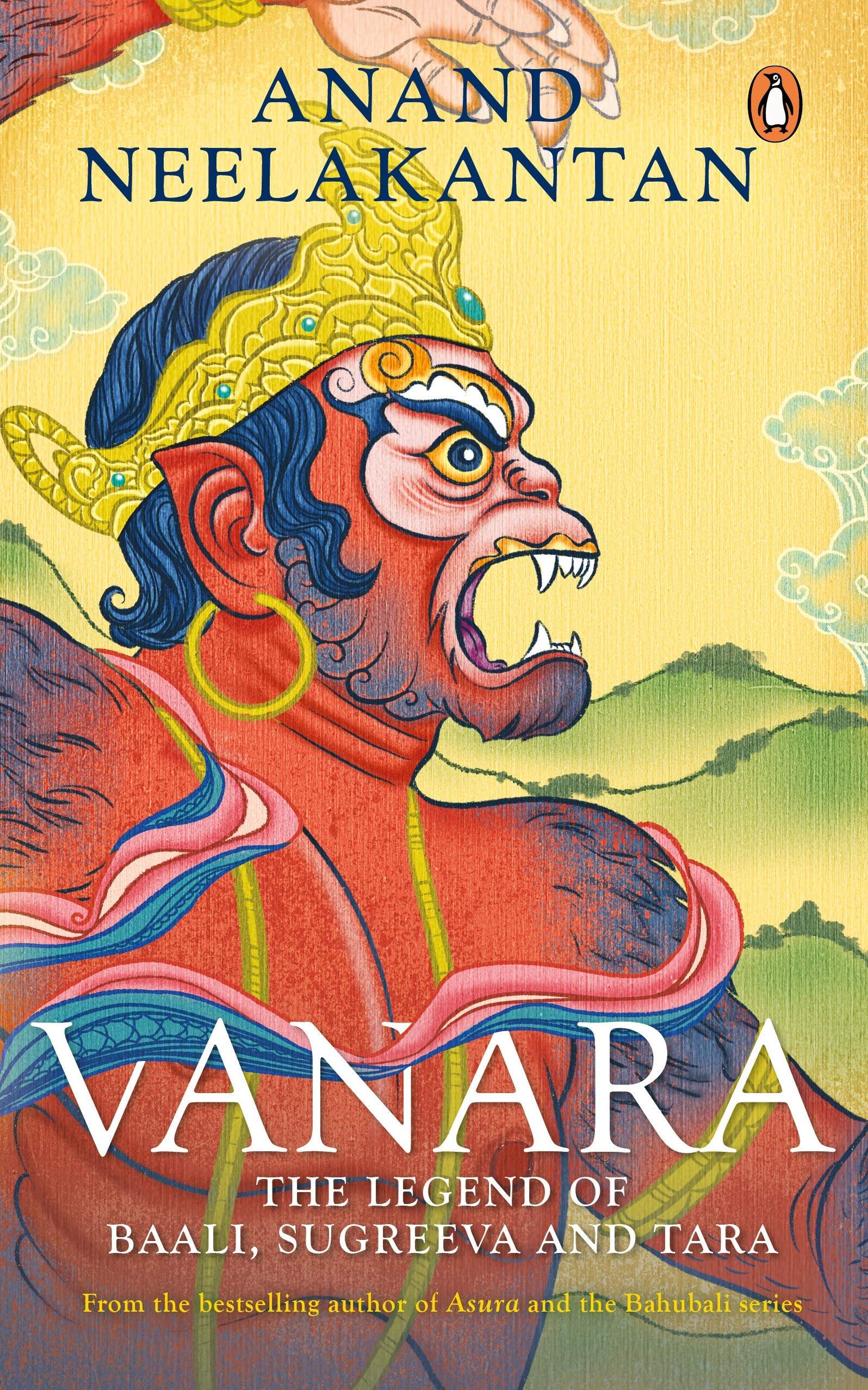 How important is it to narrate these lessons from our epics to our children?
I think it is important to tell the stories and let children pick the morals or lessons themselves. Why do we like to impose your viewpoint on them? Even if you don’t point out the morals, the current generation is wise enough to understand it themselves.

Have these epics also influenced people in foreign countries?
Of course, most of the people living in Southeast Asia have been influenced by them. It hasn’t really travelled to the West because they have a different style of storytelling. My books like Asura and Ajaya have been read by people in Indonesia in their own regional languages.

The BJP government is all set to build a Ram temple in Ayodhya. Do you think Lord Ram was really born there?
That is a belief and all beliefs don’t need to have proof. People can believe whatever they want to but that doesn't make it a historical event. When Gandhiji was asked if he believed in the existence of Rama, he said that Rama is not past tense. He exists in each one of us. It is just a name that he gives to his conscience. Rama is how we see it. You can call Rama by any name — Allah, Jesus, Truth... it doesn't matter. When you go beyond certainties of the things you cannot prove, you will achieve only conflict and nothing else. The idea of the Ramayana is not to prove that Rama existed; it is a story for you to understand what kind of a person you are.

Anand Neelakantan's book Asura: Tale of the Vanquished earned him lot of recognition

What led to your book The Rise of Sivagami?
Director SS Rajamouli, who had read my books Asura and Ajaya, asked if I could write something else for him. Initially, he tested me to judge my writing but soon, he was convinced. That's how The Rise of Sivagami was written. It will be aired as a Netflix series soon.

Is it easier to reach more people through Netflix or the silver screen?
Definitely, the reach is more through Netflix as people from different parts of the world watch these shows. And the content is available online which can be replayed whenever you want. It is not like the silver screen, where you can watch a movie for a few days and after that, it is gone. In a way, technology has helped authors tell stories to more people. Visual media's reach is more than books.

What books or shows can we expect from you in the future?
I am writing a few shows for OTT channels now. Apart from this, the sequel to The Rise of Sivagami will be released soon. I have also written a book for children on the childhood of Asura. This will also be out very soon.