Rashmi Patil speaks with Vamsi Krishna, Co-founder of Vedantu, an online learning platform for students, to find out what it takes to be the first ones to start live interactive classes across India

Vamsi Krishna is of the belief that in India, it is in the IITs and the IIMs where students are encouraged to think differently. The co-founder and CEO of Vedantu goes on to say that, "Nobody talks about this particular factor about these institutes, but they are the ones to be credited if an IIT graduate like me is doing something different or out of the box."

This out-of-the-box idea he is referring to is Vedantu, an interactive tutoring platform for students. But did you know that even before they founded Vedantu, in the year 2006, they started offline test preparation classes called Lakshya in a small city called Barnala in Punjab? Krishna explains, "With a motto to do something different, we started teaching 36 students and 11 of them got into the top IITs. This was a turning point in our lives and inspired us to think that there was so much more to do in this field. Gradually, Lakshya began to grow and we expanded to Patiala and a few other locations in North India. We had become one of the top brands in North India and were doing great. In the meantime, we learnt that expanding our offline centres is not so easy. That's when investing in technology came to our minds."

In 2011, one of the co-founders of Lakshya visited Bengaluru to find out if technology can help them scale faster. Within a year, Krishna and his co-founders were convinced that technology can not only help them grow faster, but reach out to many more students. "When it comes to offline, the common problems that we faced were getting quality teachers to work in Tier II and Tier III cities. Even if we found one, the person would not remain there for long. Finally, in 2012, we decided to use technology and start online classes. This transition took two years. Lakshya was acquired by other tutorial classes and in 2014, we started developing Vedantu and launched it by the end of the same year."

The idea behind Vedantu was to start an online version of Lakshya. Vamsi and his team were happy because Lakshya had earned credibility and was used as a case study by students from IIM Bangalore and ISB in Hyderabad in their projects. "The main difference between Vedantu's approach versus that of other players in the online education segment is that we were the first ones to start the concept of live interactive classes. These are not recorded videos which are usually played to teach students, in live classes, students can ask doubts. Since there was no 4G technology in 2014, we started with one-on-one live interactive classes. Then, we scaled it to one teacher teaching six students. Gradually, it was 50 students in a live class and today, 200 students can attend these live interactive classes. Usually, students can interact or ask doubts during these classes. We have also introduced other different features. Students can attempt a quiz related to the particular chapter while they are online in the class. Right now, we are catering to students from class VI to class XII and want to expand to include students from class I to V as well."

Explaining how technology helps them understand the various parameters of each student, Krishna says, "Using various parameters, we try to find out in which area the child is lacking when it comes to understanding the concepts and we come up with quizzes for them on that particular topic. In this way, we can check their speed and how many answers they get right to help them improve their performance. Totally, there are 76 parameters and we have been granted a US patent on this." He also adds that, "Every month, there are around 15 million students who download Vedantu and access the free content available on it. Most of them also take up courses for different periods of time including months, weeks and so on. Around 1,25,000 students sign up for live classes every month and the majority of them are from Tier II cities." 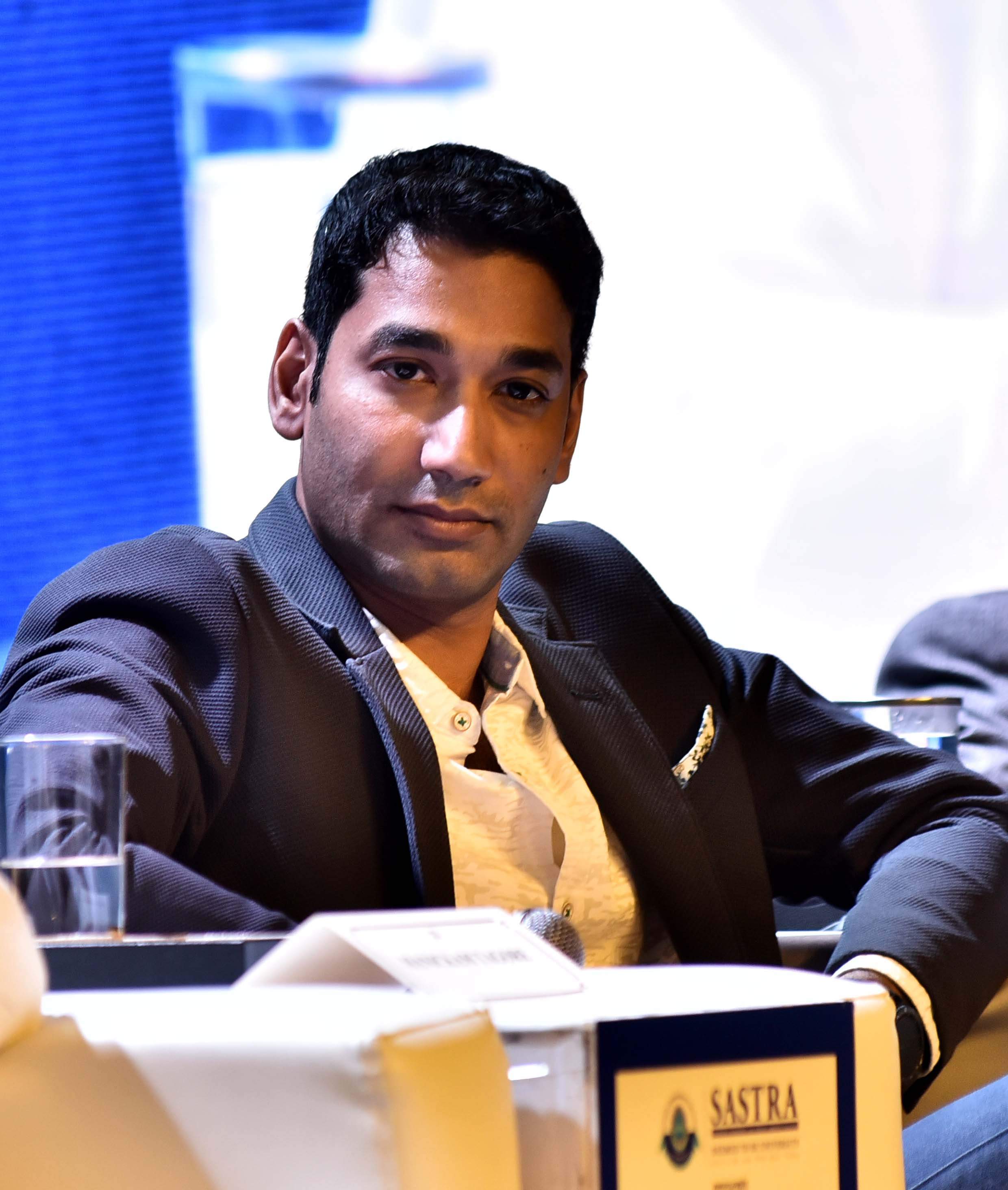 When we ask Krishna how one start-up can perform to the best of their ability in the already crowded EdTech market space, he says, "The only way to perform better is to fulfill the promises they made to students and parents. If you look offline, tuition teachers are present in every nook and corner of cities. We are perceived as an alternative to tuition teachers. So our biggest competition is not online, but offline tuitions. Our advantage is providing quality teachers who are accessible online anywhere, from any corner of the world."

He feels that the best and most qualified teachers don't often opt for the teaching field. That's why they have changed the way teachers look at this profession. The average salary of their teacher is `28 lakh per annum. In order to get the best of the people to teach on Vedantu, they visit IITs and other institutions for recruitment. "We are not biased about the qualifications of teachers. Whenever teachers apply on Vedantu, they are given a written test they need to clear. Then, they need to submit a video on why they are interested in teaching students. If they are selected, a question is given to them and they are asked to solve it by explaining it. Based on their explanation, we try to gauge how good their skills are. The final round is the face-to-face interview."

The teachers' performance is based on how interactive and interesting their sessions are. They are marked using the CGPA rating. If the rating is low, then they are retrained in skills like engaging students by asking questions, make classes more fun and presentable and so on. Apart from this, Vedantu follows a two-teacher model where one teacher teaches and the other notes down doubts. This way, the second teacher will be in touch with participants even after the class to clear these doubts through calls. They will also mentor the students and motivate them to do better," says Krishna.

Though technology and the internet have brought us to the stage where we feel that there is nothing beyond it, Krishna still believes that schools are a great place of learning. "EdTech is not everything because schools are a greater place for social interaction and bonding. Sitting together with your friends, having lunch together and learning experiments together is what makes it different from online classes," he concludes.