The Supriya Sule Interview: Even if one student is protesting against CAA, it matters to me

Supriya Sule talks about how student protests against NRC and CAA matters and the hardwork for the people of her constituency that brought her back to power. Her goals to make Maharashtra No 1

Whether it’s raising a strong but composed voice in the Parliament or it’s doing some ground-level work in her state, the National Congress Party’s Supriya Sule has made a name for herself in Indian politics, aside from being party chief Sharad Pawar’s daughter. More often for good reasons than bad, she has made her presence felt in any room she's in. She isn’t the screaming young blood whose video would go viral on Twitter but you’ll often find her catching the attention of several when she makes her point with diplomacy. Her interview wouldn’t suggest any different! Here’s what we spoke to her about:

What do you think about the student protests?
I think it is unfortunate that the students who are supposed to be studying are out on the streets. But I compliment every student of India today who is on the streets for the right cause which is democracy and freedom of speech. It makes me proud that there are children and the youth of India who are so sensitive, so if somebody is going to try to muzzle their voice and their rights, they are here to stand. This is not a party activity; it is not a political activity. It is a social activity. I think people in the government should be very concerned because this is just simmering. And it’s all in the larger interest.

This whole government came to power with the agenda of development. What happened to that? Look at unemployment. We’ve never had worse unemployment. The data speaks for itself. This government loves to throw data and the data has just been horrible and absolutely heartbreaking. Internationally, India has taken a huge beating so where are the investments going to come from? For job creation, wealth creation, for making sure people have better lives, we need good administration and administration has to come from safety and security which is a basic right that the Constitution has given us and I see India at absolutely difficult times. I see a lot of unrest among citizens today which is devastating for me, personally.

Are these protests enough to bring about a change?
Well, I think every drop in the ocean matters. Even if there is one student, it matters to me. This government is a deaf government so any amount of screaming doesn’t matter to them because they don’t want to hear it. As I always say, this is only an outgoing government. There’s no incoming. The Central Government doesn’t hear anything. It only speaks when it wants to and only when the government wants to. There is a vibrant democracy in India that we take so much pride in. But this is a new India which is not the original soul of the vibrant democracy that we talk about. 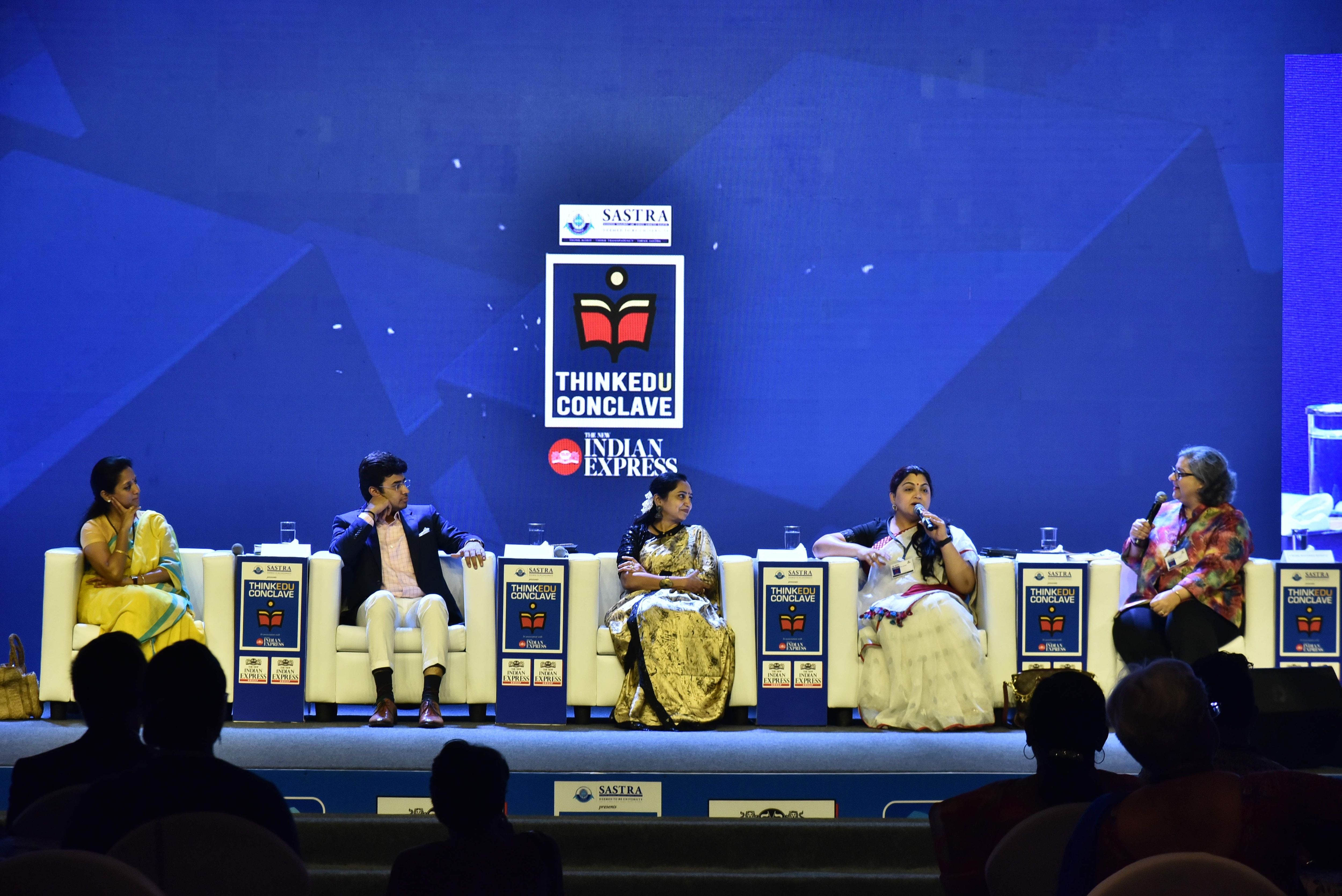 You mentioned before that the current government is trying to deviate from real issues with discussions of the CAA and NRC. Which issues are these?
For me, the current issue is the economy. I mean, in a country like ours, malnutrition is still a huge challenge. Making sure kids get quality education is still a challenge. It’s not 100%. I feel that these are the core issues we need to work on like infrastructure – be it roads or be it transportation for people. How many kids in rural India can get to school or college on time? The State transport bus doesn’t come on time. Do we really need a bullet train or do we need to improve all this? Let’s discuss issues. For me, malnutrition is an absolute passion. I want to take pride and say that I come from a country where there is zero malnutrition and zero anaemia because that indirectly covers poverty. These are the core issues that any country with a large population needs to address. The other things can wait.

How is the alliance with the Shiv Sena going?
Well, it’s a Congress-Shiv Sena-NCP alliance. It’s a government that is here to serve the people and over the next five years, you will see us delivering superior results in the larger interest of our nation.

Was the alliance with the Sena a difficult decision to make an alliance, considering that their ideology is a lot different from the Congress and the NCP?
Not really because we work on a Common Minimum Program which is in the larger interest of Maharashtra. So, when you know what your goal is and it’s a common goal of serving the people and making sure Maharashtra is at number 1, then it all becomes a lot easier. 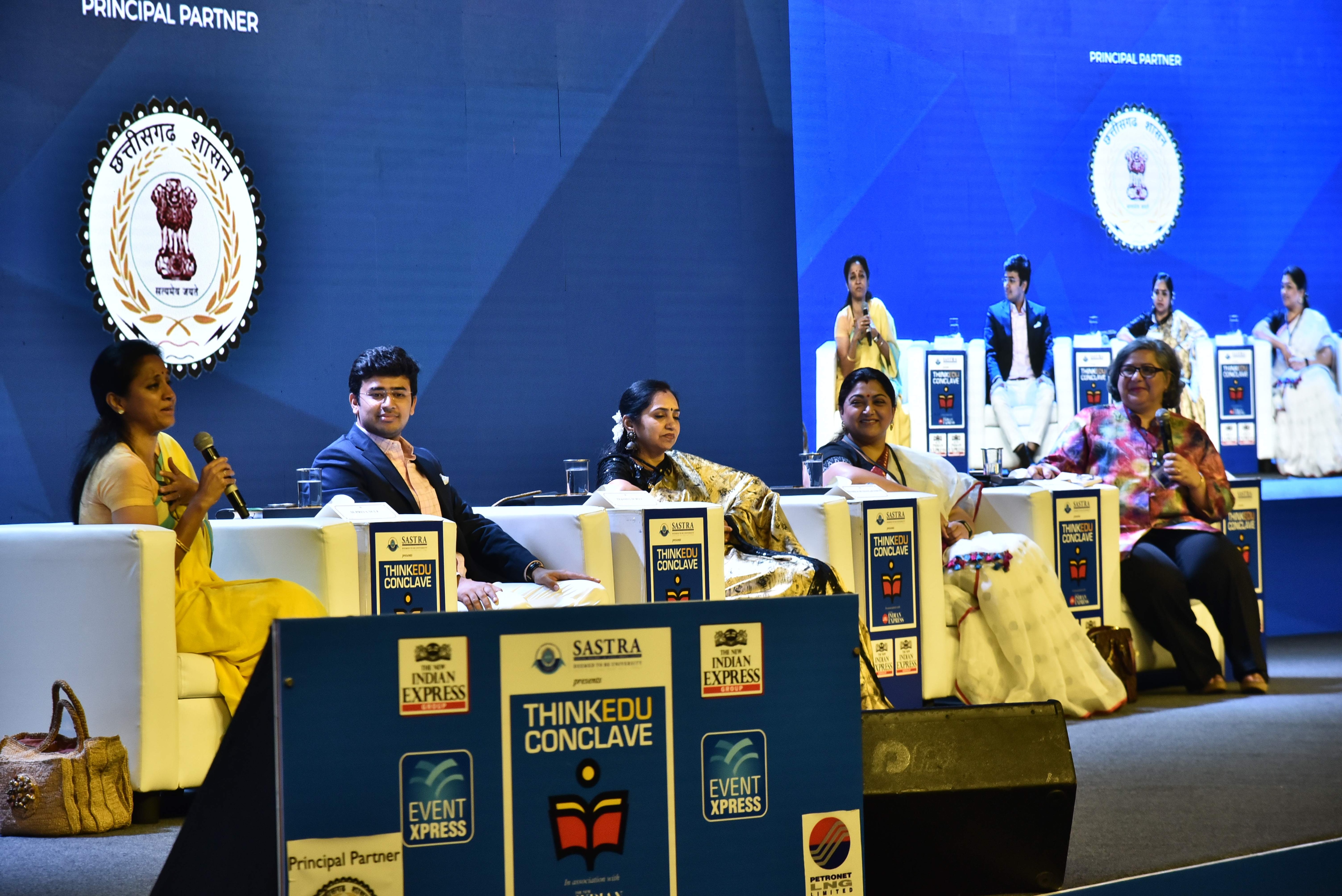 So, what is the focus on? Which sectors?
I think the only focus is development and more development. Obviously, development includes healthcare, education and infrastructural projects. This is what governments are supposed to do, so you know, I don’t think any government should have any other agenda than serving the people and making their lives better.

The BJP could have possible gone wrong in their decision to cut down the Aarey Forest. Is there any plan to stop that project?
Well, with the earlier regime, even the Sena had objected the move. I had objected to it too. I myself went for a couple of those agitations. I felt we could have waited and planned it a little better. But obviously, I think they got a court order recently. And then they just killed them – over 2,200 trees were already cut there so I don’t think many more need to be cut. They’ve already devastated that area. It’s very unfortunate. I am completely for development but I feel development and environment need to go hand in hand. We need to find a middle path and make sure there is no imbalance.

After this incident, do you have any plans right now, leaning towards the benefit of the environment?
Oh, clearly! The environment will be a top priority of this government. I don’t think we can do without it because it’s what we leave for our future generations. If we leave only buildings, which is absolutely no land or no food to eat, what will we leave for the next generation? I believe global warming is a phenomenon for which we’re all paying a huge price. Even now, there’s a small and tiny slot where we can correct it, so I hope we take the corrective action now.

Is there anything on paper that has been planned to tackle the rising farmers’ crisis in Maharashtra?
Well, it doesn’t have to be only on paper. It has to become a reality. I think even if one farmer commits suicide there is a problem. Let’s not call deaths into data because the family goes through one of the biggest traumas of their life. I’ve worked with widows of farmers whose husbands have committed suicides so I know of the trauma that the family goes through. It’s not like you go and give one cheque and you move on. They deal with it day in and day out. So I think the agrarian crisis, all over India, we need to put our best minds above politics and try to find a solution. Loan waiver is, of course, one of the methods but technology, water management – there’s an entire roadmap towards it. That’s the direction we need to move in. And the biggest thing is – they should get Minimum Support Price so when they earn, they have to get the price for it, what they deserve. I think if the rural economy does well, the country does well. 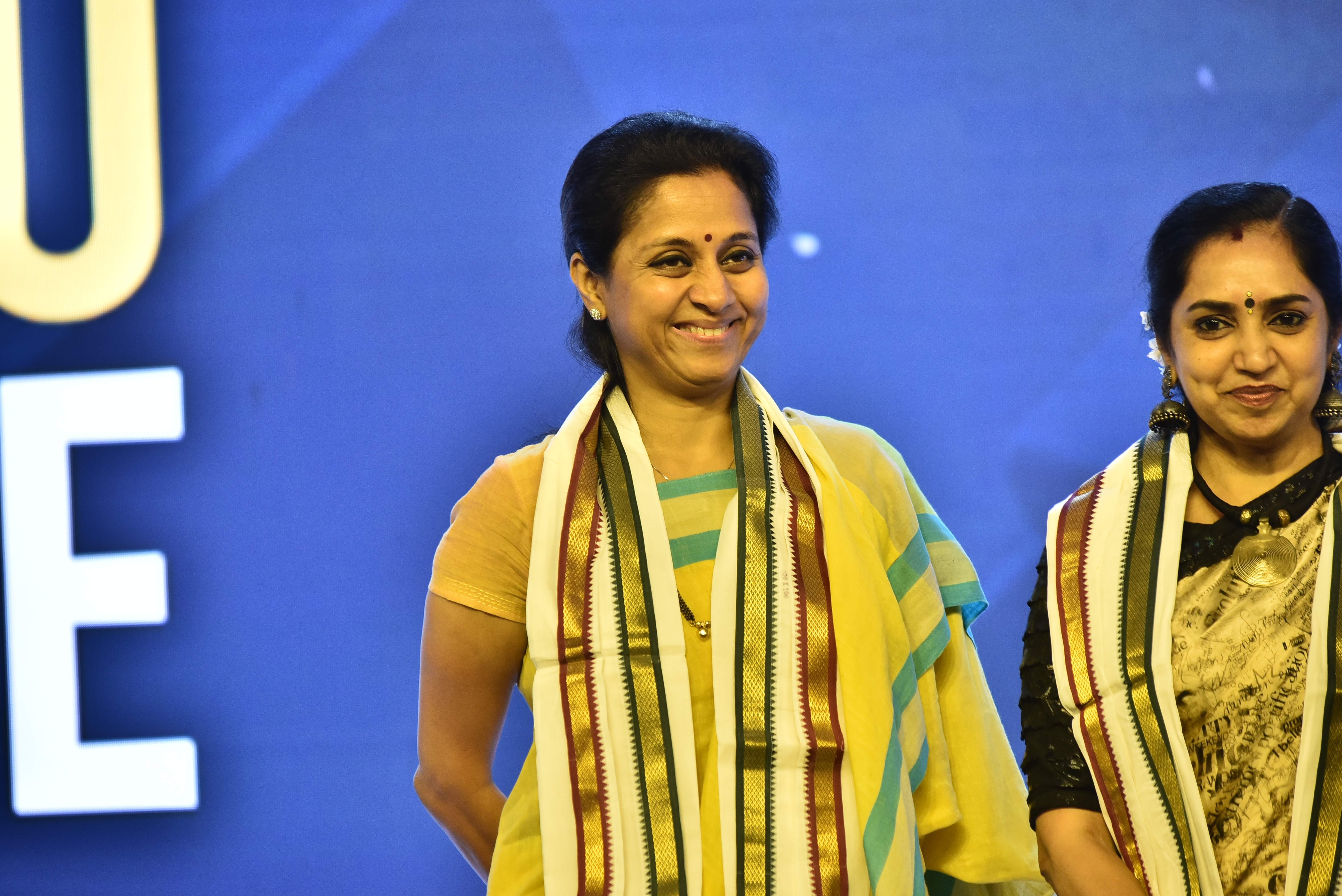 Can you tell us what role your father played in your upbringing, especially because he’s such a big personality?
I think every parent plays a role. Why only my father? My mother played an equally important role. And I think every parent is special and every child is gifted. I feel you are gifted, your cameraman is gifted and every relationship is very special. Success cannot be one single yardstick. I look at life very differently. Just because there’s some power or glamour or success, I don’t think of it as success. Success is contributing to your nation building and nation building does not only mean policy making. Even if you have helped one citizen, I think it’s a big deal. I think it’s the right values that take you forward and each one of us comes from a background of a basic Indian home. My sister and I are so blessed that we’re both qualified and educated. Our parents gave us this opportunity so every parent to me is very special and gifted.

Being brought up as Sharad Pawar’s daughter to making your own identity, people now know you for who you are...
Well, I’m flattered to hear that but I am still Pratibha and Sharad Pawar’s daughter, clearly. I was brought up in Mumbai which is a very levelling city. Nobody there really cares whose daughter you are or whose son you are. It’s a very cosmopolitan city so if anybody has an issue, just send them there!

Which women have you taken inspiration from?
I take inspiration from talking to you and the two women behind the camera. I take inspiration from anybody. There are millions of women and why are we leaving the men out? This whole thing about ‘oh, it’s only about gender’ — I want to live in a gender-equal society. I was brought up in a gender-equal home. I was never told that I'm a girl and so I cannot do this. I think when we talk about safety and security, yes, a girl’s safety and security is very critical but so is a boy's and so society's. I think every citizen has equal rights. And that’s when we’re real because people like you and me represent modern India, where we’ve got equal rights in what we did but there are some parameters where we feel in a vertical, where we feel, oh my god, a girl needs a little more tweaking than what a boy gets which is for safety and security. For no other reason are we less. I always tell people this. We want a father, we want a husband, we want a boyfriend or a son. So if we have so many men impacting our lives who are so special and precious to us, why are we competing with them? Let them have 50. We don’t want 49, we don’t want 51. We want a fair amount of share.

What’s the biggest lesson you’ve learnt as a politician?
Well, I learn something every day from everybody.

One thing, if there’s anything, you can tell us?
One thing is, nobody can challenge your hard work. In the 2014 election, everybody was talking negatively about me. So was the media, people and everybody was on a roll against me. The then Chief Minister came five times to my constituency, the home minister, the BJP head, everybody! There were 20 people from Delhi sitting in my constituency 24/7 and I used to wonder how I would fight this power. I realised that people watch you from a distance. They are watching every action that you’re doing. Never underestimate the power of the people and hard work.