Mural artist K Megha Menon discusses the need to revive Indian art and culture through ancient artforms like mural painting, madhubani and kalamkari and how her workshops plays an important role

If you've ever visited the coastal state christened 'God’s Own Country', then there is no way you would've missed noticing the intricate architecture of its many temples. And another hard-to-miss feature are the iconic mural paintings that depict Hindu mythology and legends using natural dyes. Ask architect-cum-artist and mural admirer K Megha Menon about the secret behind mastering this artform and she'll tell you that it's all about pure dedication. And for someone who personally understands this dedication, her heart beats for several artforms from across India — like Kerala's mural paintings, Andhra Pradesh's kalamkari style and Bihar's madhubani style — and she wants to spread this love far and wide. 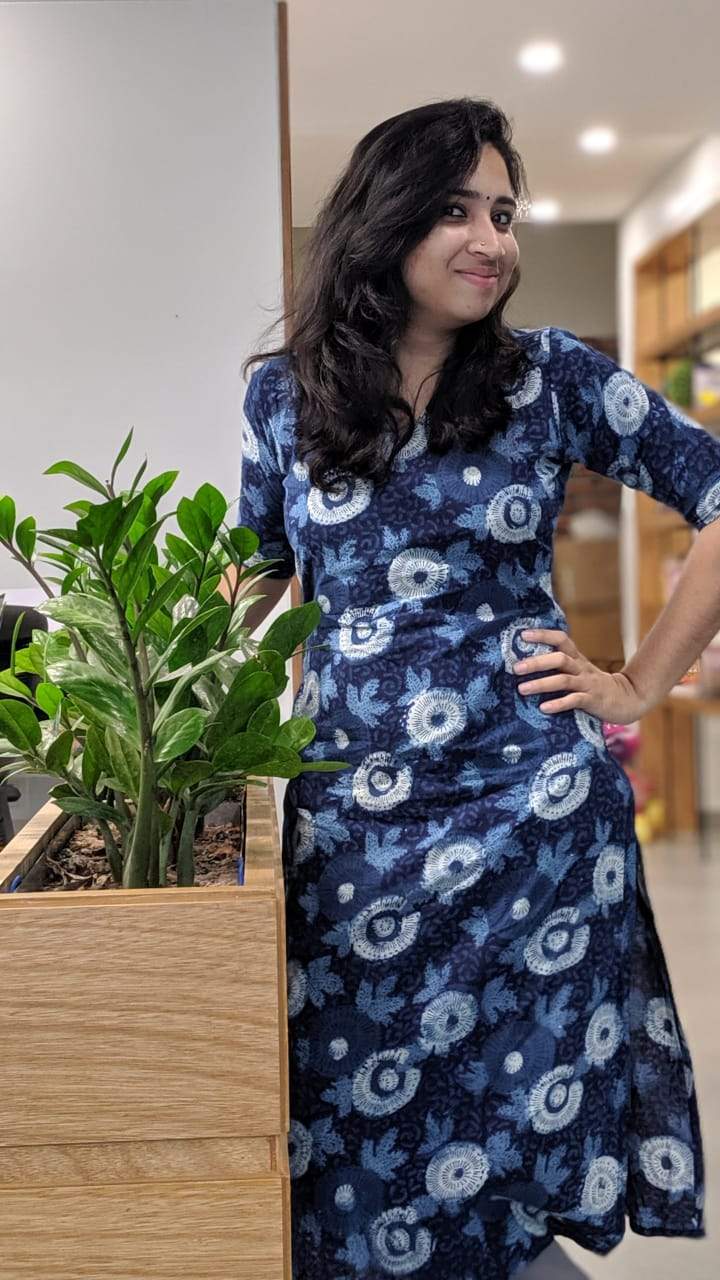 But why does Megha feel so passionately about doing her bit to ensure that these traditional artforms gain more popularity in today's world of abstract and digital art? The architect, who practises the different artforms and teaches them to others through workshops, duly answers, “In this rat race, we are trying to reach for things that we don’t have and in the bargain, we don’t give importance to what we do have — our traditional artworks. Many families are still dependent on these artworks for their daily bread and butter. Many artists are yet to get recognised.” 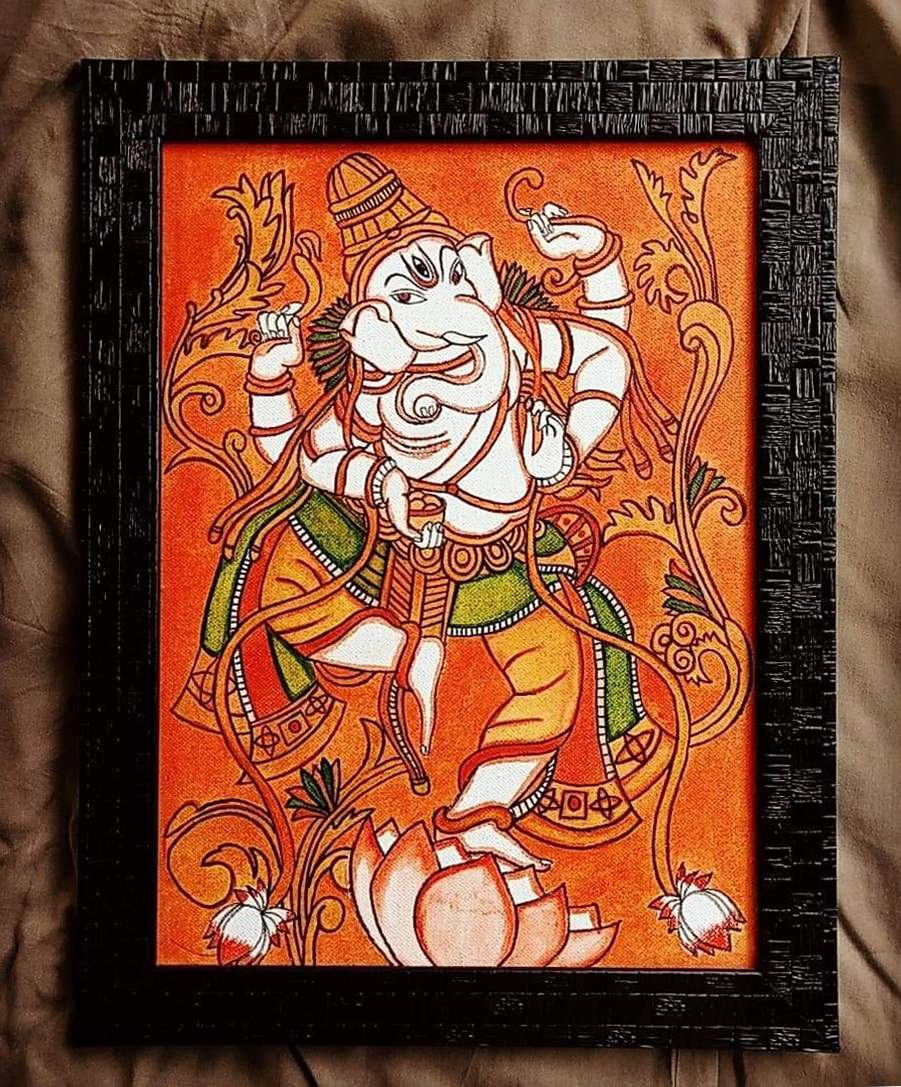 Megha explains to us that art is her companion from childhood and she has been exploring different artforms one step at a time starting with mandalas and doodles from Class 12. She finally found her calling on mural paintings as she felt connected to it for some unexplainable reason. The only difference between what Megha does and the traditional form of mural painting is that she paints them on canvas instead of walls. The youngster tells us that it was the vibrant colours of murals that piqued her curiosity enough to learn the artform in the first place. “I started learning it from my school days. I continued to practise it even after graduation and eventually, started conducting workshops too. This exposure gave me the chance to receive orders,” says the 24-year-old B Arch graduate of Sasi Creative School of Architecture, Coimbatore. "My first workshop was held at Prakriya International School, Coimbatore, in January 2019. I would call that a stepping stone to my workshop journey. Since then, I have conducted 18 workshops across Chennai, Bengaluru and Coimbatore," she added. Megha has received nearly 15 orders for her murals so far and has customers from Kerala, Tamil Nadu and even the land down under, Australia. 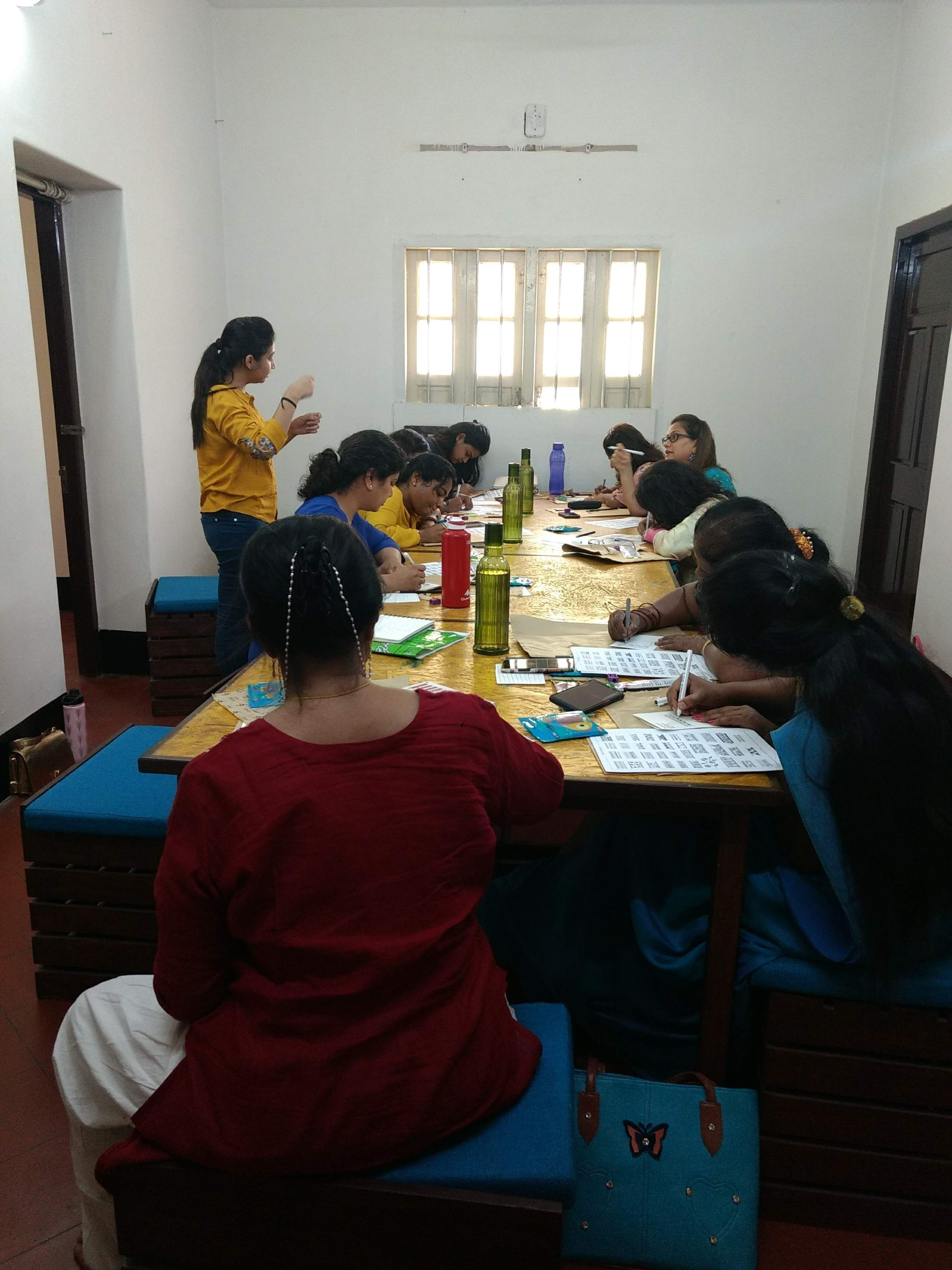 Megha has conducted 18 workshops till date

Matching her enthusiasm for art with our curiosity to know more about it, Megha says, “Painting a mural depends heavily on time. Only after the first coat dries completely can you start with the second coat. Otherwise, there will be imperfections. The eyes are painted at the end as it is believed that the artist is opening the eyes of the deity which gives life to the painting.” Extending herself beyond just mural workshops, Megha is now all set to revive more ancient arts by taking workshops on kalamkari and madhubani. Talking about kalamkari, she says, “Kalamkari has its origin in Srikalahasti, Andhra Pradesh. I was fortunate enough to meet the artists and observe the entire process — from when they treat the fabric with milk and myrobalan (a species of trees) solution to the drawing of the outlines for the patterns using bamboo sticks before painting it finally.”

So, if you wish to learn these artforms and contribute to the process of keeping them alive, then here's some good news for you. “I enjoy conducting workshops as these artforms are almost extinct and everyone is free to join me,” concludes Megha.