Just in Kesh: How Instagram art influencer Keshav Ratnavel got his artistic freak on

From taking online classes to conducting challenges like #100DaysofSketching, Kesh has done it all to help peers achieve their potential as it in his 'selfish interest'

Thanks to social media, young artists of today are able to get a wider audience to see and appreciate, 'like' and 'share' their awe-inspiring works, which may otherwise have been restricted to the viewing of a few art connoisseurs. One such artist who has been able to garner a pan-India following and has, in fact, become synonymous with the '100 Days of Sketching' challenge on Instagram that has inspired many youngsters to take up art seriously is none other than Chennai paiyyan Keshav Rathnavel or Kesh, as he is popularly known as in the online art circle. He may be an artist-par-excellence, with his works being bold, colourful and full of play, but at the heart of it all, he believes that he is first and foremost a 'visual storyteller' who loves telling stories through his drawings and videos.

"I guess you can call me an illustrator/video producer who has a great interest in telling stories through the visual medium. That is why I started out by creating and sharing my work (doodles, sketches and other drawings) on YouTube,” shares Kesh about his foray into the art world. Eventually, he says, people wanted to know how he did what he did and soon, he started conducting workshops all across India and even started an online school in July 2019 called Kesh Art which recently crossed the 1000-students mark. "This is exactly how a passion metamorphosed into a day job. Now, my day consists of drawing, teaching, making videos that I like and sharing those with people who look forward to it (and admin stuff, boy! do I hate admin stuff)," smiles the 25-year-old who did his BSc in Electronic Media from Hindustan College of Arts and Science, Chennai in 2015. But if we have to trace the exact origin of his love for the brush and palette, then its roots lie in what every 90s kid loved to do: watch cartoons. "My very first encounter with art would be the time when I use to watch cartoons as a kid. The good ol' cartoons of Cartoon Network were enough to inspire me to grab a piece of paper and pencil and get started. It all really sank in when I was five years old and I drew something for my mentor/guru/friend Siva Shankar Baba, a much older person who is now 71 years old! When I showed him that drawing (which, to be honest, was not that great), he took out his ballpoint pen and drew a fake moustache on my face as a joke. So, I kept drawing more to show him and get a fake moustache and also have a laugh while we were at it. Such tiny little moments of encouragement from someone who inspired me led me down this path. Soon, this slowly developed into a habit and I've been drawing ever since," he reminisces, adding, "But it wasn't until 2015 that I decided to take art seriously and pursue it as my main thing. I started sharing my works on social media and produced high-quality videos on YouTube in order to reach people. Eventually, a couple of videos of mine went viral and garnered a couple of million views. And that's where it all truly began."

Talking about his style of art, he comments, "I'm quite the serious person but, on the other hand, my art is more playful, which kind of allows me to balance my grumpy side. My style is not the typical toon-based one or the Eastern-based anime kind; rather it's a combination of multiple forms that I like. I've taken inspiration from books, TV shows, movies and, most importantly, life. From the stories I hear to the experiences I live through — a combination of all these tangible and intangible things make up my art style." 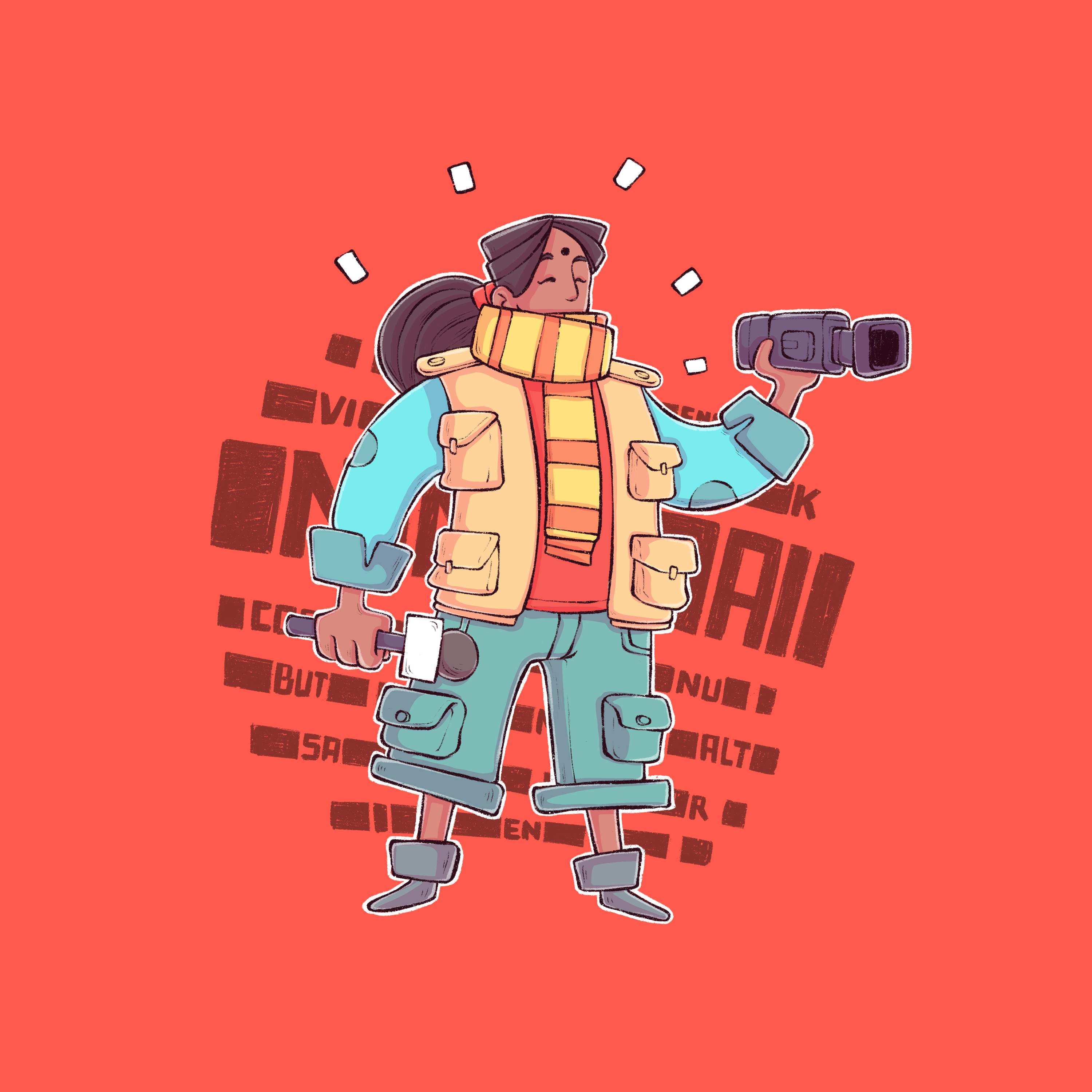 He says that all his works are mostly inspired from life

Calling the '100 Days of Sketching' challenge one of the key highlights of his career, he says, "Last year, I created and launched an online challenge called '100 Days of Sketching' which is a simple motivation for people who want to turn art into a sustainable habit. Over 40,000 drawings were created as part of that challenge by people around the world and 1000s of people participated in the challenge. And the coolest part? The messages I get on a daily basis from people who've completed that challenge, telling me how it has absolutely changed their art and the way they approach habits as well."

Ask Kesh why he chooses to help others out in the art community and pat comes the reply, "Probably because I'm selfish! There wasn't any other alternative other than sharing my journey and lessons with other people. So, it's a lot easier for those who come after us. Everything we have and experience today, from the clothes we wear to the technologies and freedom we enjoy, were all gifts from the people who came before us. I simply see this as a duty of mine to add to culture and civilisation." Keshav adds and concludes, "Maybe a kid from 2057 can learn what not to do while watching me through the process."