Here's how Sumeesh Chempoor managed to speak Manglish through the Internet

If you ask Sumeesh Chempoor what he does, he would hesitate to answer. He has big designs for his part of the world where he builds and creates art inspired by the world's greatest truths and his background in Fine Arts. In the art world, his contemporaries understand that Chempoor thinks like an artist and works like a designer. It all began two years ago when he was working in an advertising agency. At the time, a life-changing thought dawned upon him: What is the language of a designer? He tells us what he believes the answer to this existential question is, "I had difficulty expressing myself in any particular language. This is something a lot of artists deal with because, more often than not, when you're a designer, you speak through your work because it's more habitual than anything else, it's second nature. Some call it a 'language issue'. I faced it myself and a big part of my professional career was growing past it. But ultimately, I speak through my work now."

With this, Chempoor decided to render his journey with languages on canvas with his new project titled Manglish. Explaining the project, this resident of  Thiruvananthapuram says, "Malayalam is our regional language. But these days, people here speak something that is more like a mixed language. Sometimes, it's almost as though a lot of the words have ceased to exist and have become a whole new entity with this hybridisation with English. With this project, I have tried whole new letters in English." Like most artists, Sumeesh's work comes with disclaimers. He warns: 'This is purely a fun project'. Adding that, "The outcome of this project will be nothing. This doesn’t help anyone in communication. However, you should know English as well as Malayalam letters to enjoy this particular project." 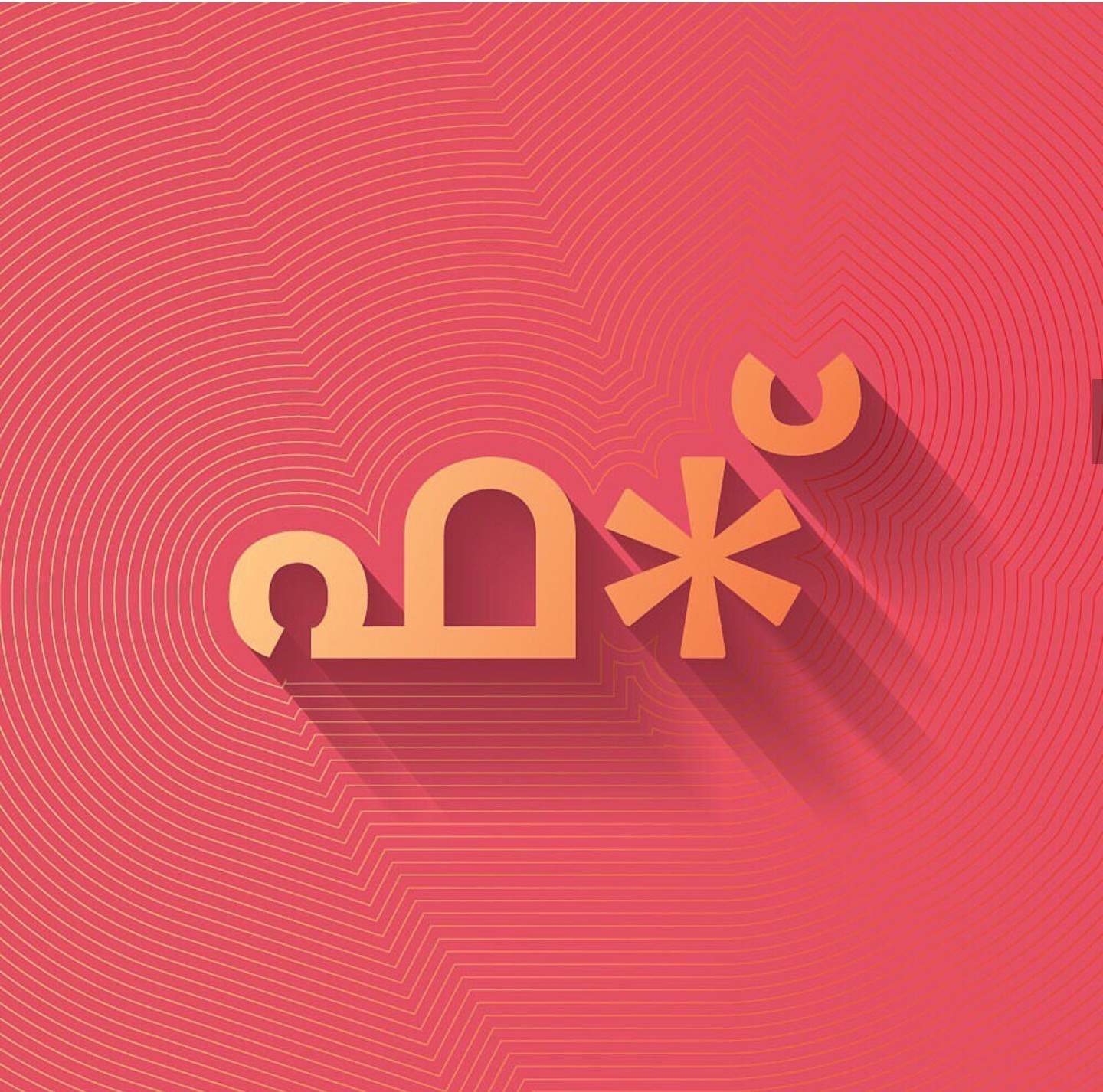 Although he describes himself as lazy, the impact of Sumeesh's work has been endless. A more recent project of his, 'Mathamethayalum Manushyan Nannayal Mathi' (translating to 'Whichever the religion, the aim is for a human to be righteous'), was picked up by a radio show for the multitudes it spoke about contemporary India. About this he says, "I used these words that were spoken by Sree Narayana Guru because it's more relevant today than ever. I'm sure he spoke these words at a time when it needed to be said. My project is basically a refresher to Indians about why we need to follow basic Dharma instead of focusing on our imagined 'birthrights'. They are raking up ancient philosophies in this time when we need to be more united. People are forgetting what it means to belong to this country by grouping people into categories, I'm just reminding them."

And if you speak about the work itself, no word can describe it better than 'minimalism'. He watches everything that happens from the small cubicle at his workplace and creates versions of it on his canvas with the little things that spark between people. "I work with something when it thrills me, if it loses that importance, I'm inclined to move on," says Chempoor. His upcoming project, which he will be working on along with his wife, is about love letters. Although he declined to elaborate more on this, he says, "My wife is also an artist and we have wanted to collaborate for a long time. Ours is a little letter writing project. It's been a while since I've received a letter from someone with love, we want to rekindle that spirit."