D Rajkumar is using Instagram to express his love for telling stories in the screenplay format. We find out how this aspiring filmmaker is encouraging a younger audience to read and write more

Social media, especially Instagram, is used by artists and creators in a variety of ways. While some use it to post and promote their artwork, others use it as a platform for showcasing their writing. Hashtags like #poetsofinstagram and #writersofinstagram are a dime a dozen, but have you ever thought that someone could use Instagram as a platform to showcase the scripts they have written? Well, you should because that is exactly what D Rajkumar is doing. This Chennai-based aspiring filmmaker, screenwriter and assistant director in the Tamil film industry posts short stories as scripts, on his page @ideas_scripted, in a bid to express his ideas and encourage more people to write.

Rajkumar says that he started the page during the lockdown when film shoots were halted. "At that time, I didn't have the option to go out and work in films. The only thing I could do was write," says Rajkumar. "Working in the mainstream film industry, the only ideas that I get to express is in the long format — feature films. But I always seem to have ideas for short films and shorter scripts that never get expressed. These ideas seemed interesting and I wrote two scripts initially," he adds. After collaborating with a graphic designer friend, Rajkumar developed a template for posting the scripts on Instagram. "Merely writing the script and not showcasing it to the world is of no use and Instagram is a platform where you post anything you want," says the 28-year-old. 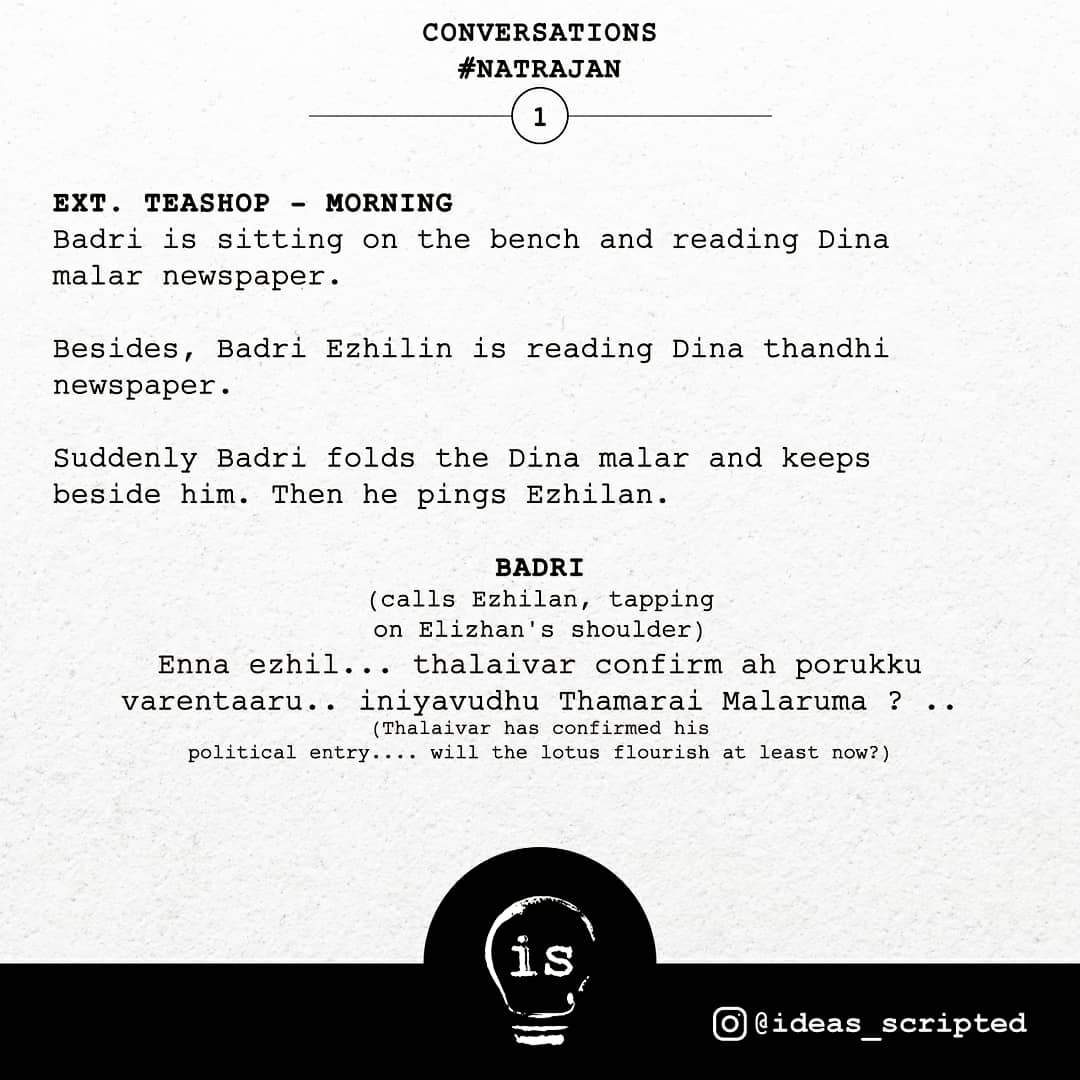 Speaking about why he chose to write these scripts, he says, "In the film industry, you don't get recognised for being an assistant director. I didn't want to wait for my debut film to get some recognition and tell the stories I want to tell. Starting the page also gave me a platform to get some recognition for my work." The design that he's chosen resembles cardboard, according to Rajkumar. "The different colours used in the template reflect the mood and tone of the story," he says.

Rajkumar worked in several small budget films as an assistant director. His only big-budget film is the 2019 Vishal-starrer Ayogya, the official Tamil remake of Telegu film Temper

And what are these scripts about? It ranges from a conversation between friends and couples and addresses issues like superstitions. "I try to post every day of the week as the scripts have to be divided into parts for it to fit on Instagram," says Rajkumar. So, if you check out his page, you'll find a new part of the story every day. Rajkumar, who studied Visual Communication at Loyola College, writes his script in Tamil and then translates it into English. In the description below the post, he'd usually explain the story in English to reach a wider audience. 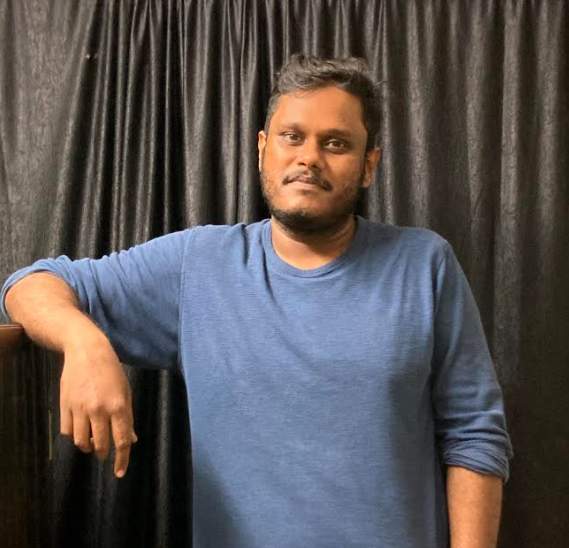 Rajkumar admits he faced difficulties while deciding where to cut the script while posting. "Writing a script comes easy but it was making it Instagram-ready that proved to be difficult," laughs Rajkumar. With an aim to also encourage more people to read, Rajkumar says, "In this gadget-driven age, I thought stories in a script format will be more intriguing and exciting for people to read." He is now working on an all-Tamil script. "Tamil is my mother tongue and I would like to work on a script that's absolutely in Tamil. Around 90% of my followers are Tamilians and I think they'll relate to it more," he states.