Meet Suresh Nair, the BHU prof who's getting students to spread the message of peace through art

Suresh K Nair's work has always celebrated messages of peace and equality. Here's why he regards his work as his social responsibility and ensures that his students practise the same

From the very beginning of his career as an artist, Suresh K Nair has been writing peaceful love letters to the world, sprawled across the walls of Kerala and outside it. Having grown up in  Palakkad’s Vellinezhi region, the state’s first and only artist village, his tryst with art was, in the simplest sense, quite inevitable. And through his decades of work in the industry, he has managed to expand the world’s canvas through his own work and as a professor of painting at Banaras Hindu University.

Thousands of artists are born in Vellinezhi where they dabble in over 50 genres of performance and visual art. Nair’s own journey as a painter began with murals. The village has two main temples where he drew his first murals. He would also draw illustrations for publications like Mathrubhumi. In five years, he obtained a diploma in mural painting from the Institute of Mural Painting in Guruvayoor. 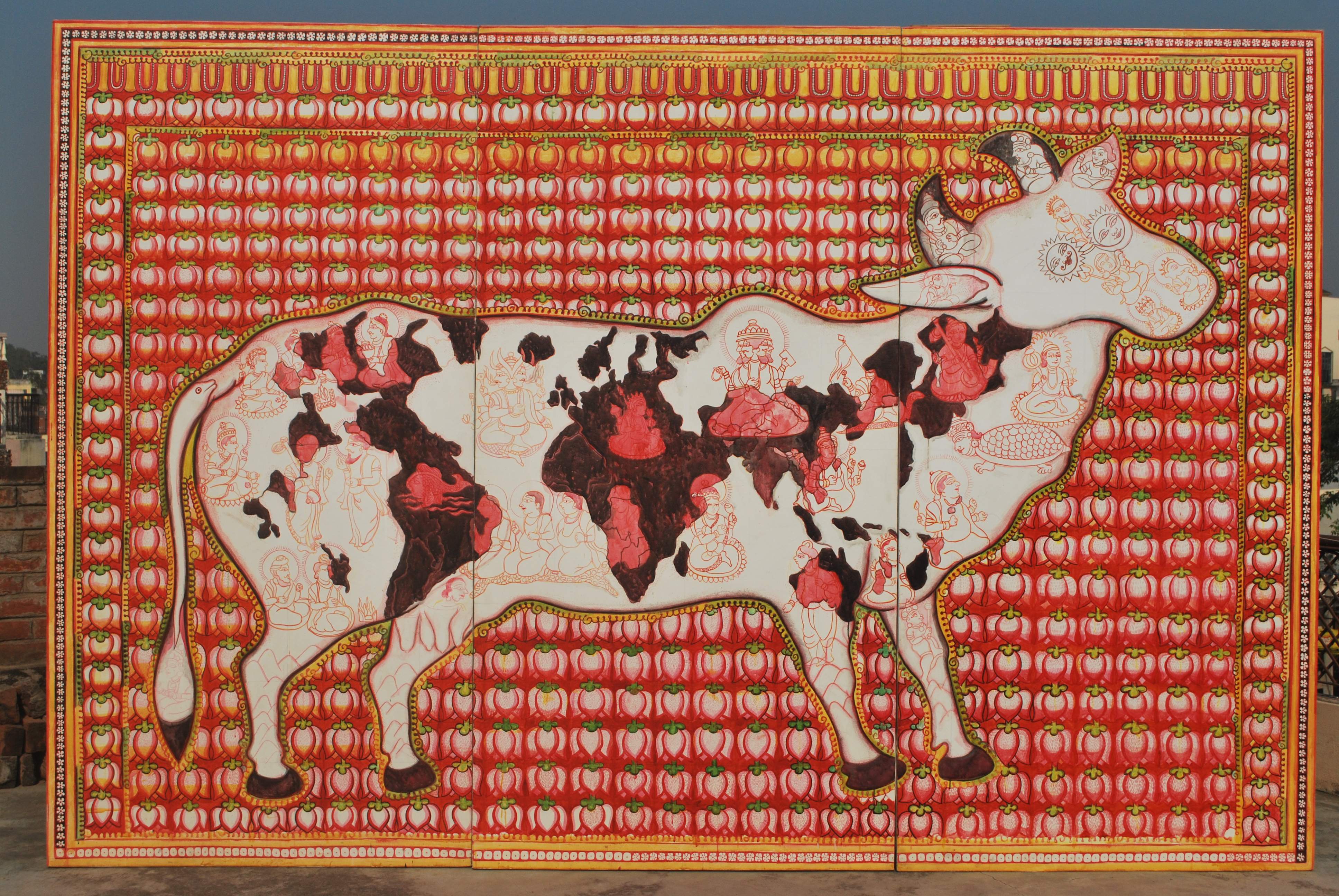 After spending the early 2000s traveling through Kerala, Tamil Nadu and Karnataka, he started to wonder if he was losing his way. He says, “Usually, artists are always faced wth a moment where commercialisation looks them in the face and they have to make a choice. I did not want to fall prey to it. So I studied at Visva Bharati University in Kolkata for 5 years and got a Canadian fellowship. Here, I was exposed to a larger world of art from our own country and outside it.”

After a brief stint at Sree Sankaracharya University of Sanskrit in Kalady and being selected for the Fulbright Scholarship in the US, he started working at Banaras Hindu University among the Faculty of Visual Art. “When I joined in 2007, Banaras, one of the oldest and most beautiful Indian cities, was also one of the dirtiest. Inspired by my work outside the country, I created Project Mural City with my students in an attempt to clean it up and beautify it further.” In January, 2019, Suresh and his students at BHU embarked on one of the greatest community art projects the country has seen. On the wall of the Government Vocational Higher Secondary School in Cherpulassery, Kerala, they recreated the peaceful history that the region was famous for through murals. Spanning across 7000 square feet and divided into 25 panels, the wall tells the story of Mozhikunnath Brahmadattan Namboodiripad, a leader of the 1921 Malabar Rebellion, Netaji Subhas Chandra Bose, Gandhi in conversation with the people of Cherpulassery and various others.

Suresh says, “What we had created was the first of its kind. And the portraits we painted were a memory of the great history and tradition that Cherupulassery had. We have designed it through various panels, each of which tell a different story.” The artist credits the people of Cherpulassery for helping him recreate their history on the school’s walls. 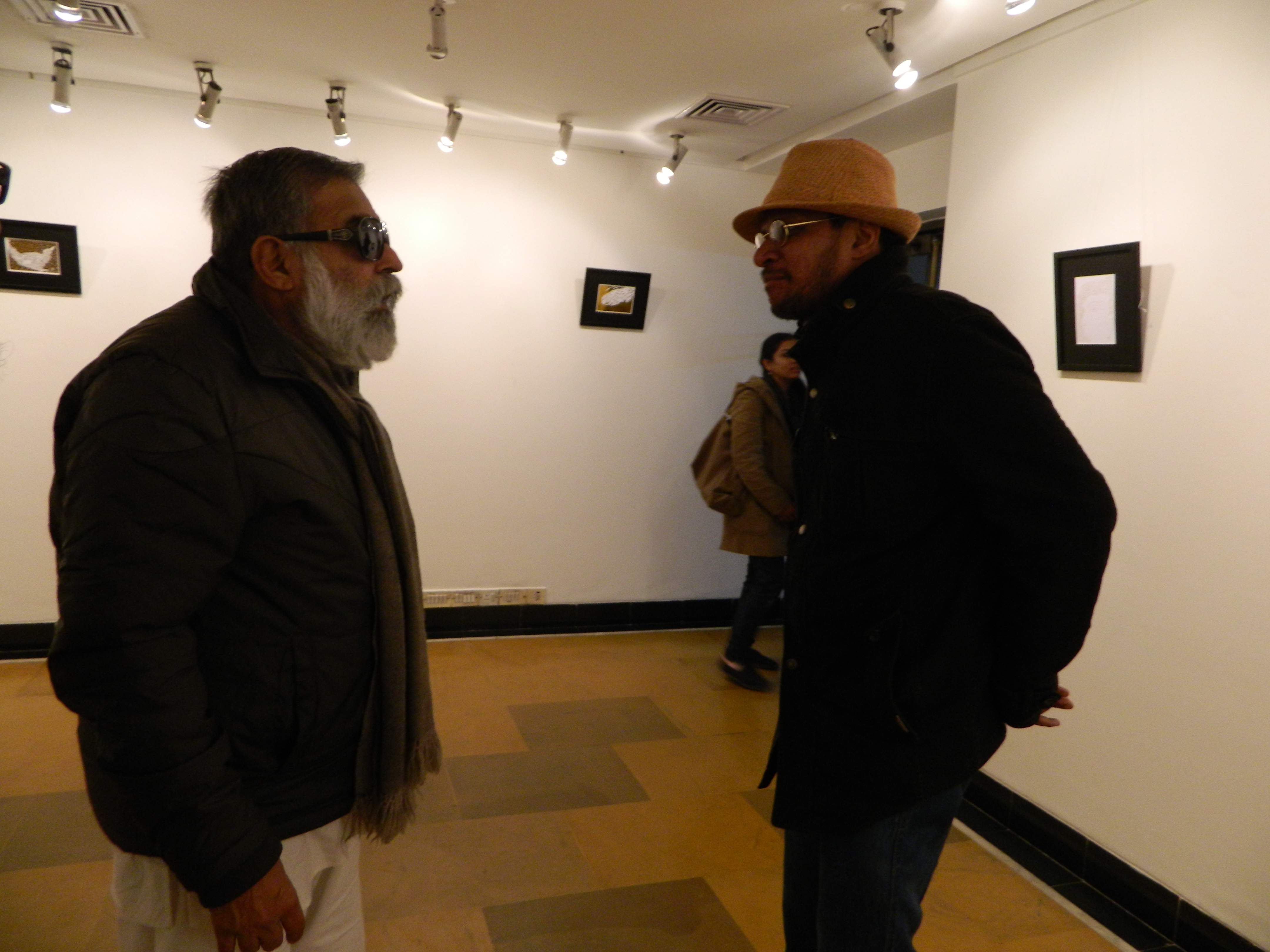 Following the success of the Wall of Peace, Suresh was invited to various art centres across the world to speak about his about his work. On one such trip to Portugal a year ago, the artist found himself out of books to read during a 2-hour layover in London. When he focused on the people and the environment, a large image began to frame in his mind. Unfortunately, his canvas and paint were zipped up in his luggage.

After a frantic search for material to draw on, he finally settled for a visiting card in his wallet. He lay out 5 of them and recreated whatever he saw around him within a 2-inch space. Used to painting on vast walls and open spaces, this was a major breakthrough for him. On reaching Portugal, he collected a few more visiting cards and a few more from a visit to Aurobindo Ashram in Delhi with a sudden urge to create more art in small spaces. 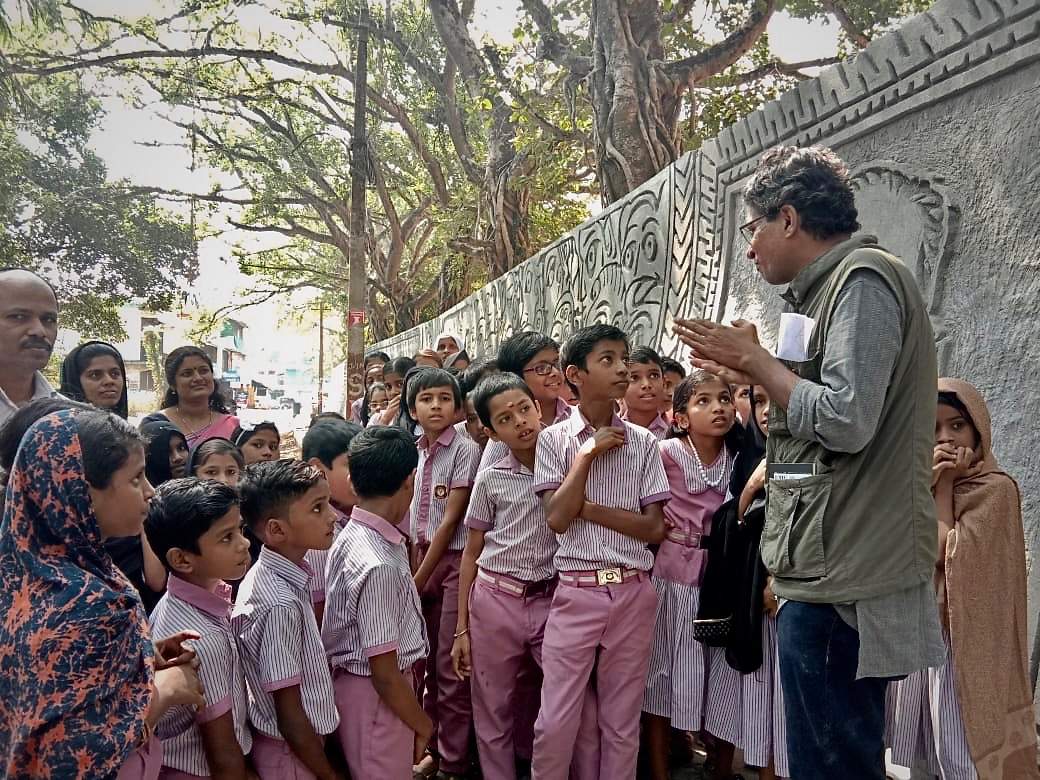 After visiting his hometown in February, Suresh had just returned to Benares when the Coronavirus began to spread and the lockdown was declared. Unable to leave his house or shop for art materials, he decided to go back to the visiting cards for inspiration. For three entire months, he didn’t step foot outside his house.

“I was talking to a friend back home in Vellinezhi who was doing an art project there himself. And I wanted to do the same. There are 4,500 homes in the panchayat. I decided I would create one small painting for each home on these small cards. And the Panchayat will most likely help me get each of them framed and to distribute it among each household. We have all felt like we are trapped in a small space at one point or the other after all this began, the shrinking canvas is also symbolic of this common emotion,” explains the 48-year-old.