The Penn Masala story: How this Indian-American acapella band at University of Pennsylvania has been rocking for 24 years

We recently caught up with two members of Penn Masala, who spoke to us about the band's story, history, the lockdown and of course, their music that's beyond borders

The members of Penn Masala would be counting their blessings. Why wouldn't they, the acapella band managed to get their latest album Musafir out just before the pandemic struck and the world went into an unprecedented lockdown. Sure, they had to cancel a few concert tours but at the moment they're safe, staying home and, of course, staying busy creating music for a better world.

Penn Masala probably isn't alien to most of us. They're pretty much on everyone's suggested videos to watch on YouTube. What's ironic is if your parents were into acapella music, they were probably into Penn Masala too. Off an audio cassette, though. Those were different times.

In fact, at a time when this was probably the first Acapella group that was refreshingly Desi, the fact that they didn't let the band wither away and instead kept inducting new students to carry the Penn Masala legacy forward is a great story by itself. Along the way, they've given us some of the greatest covers and medleys of Indian and English songs ever made. Who'd have thought that A R Rahman's Jashn-e-Bahara and Coldplay's Viva la Vida could blend in so well, without any accompanying instrument? Or for that matter, a mashup of Fix you and Ishq Bina.

The 24-year-old band, which began as a glee club of sorts at the University of Pennsylvania in 1996, now has over 90 alumni. They have covered over a hundred songs, toured across the world and have their music featured in films like Pitch Perfect 2 and American Desi. But do you know that one of their (admittedly) biggest goals right now is to get their music featured in a Bollywood movie? That's as Indian as it can get.

Thousands of miles away from us, (from Pennsylvania and Florida respectively) the band's singer Kushal Modi and manager Sachit Gali joined us over a Zoom call a few days back.  "The biggest goal is to make it into Bollywood films. It's really an aspiration," says Kushal. "I think that acapella is something that is becoming more and more mainstream but maybe hasn't made it to Bollywood yet," he adds. Kushal and Sachit in fact agree on the one actor in whose movie they want their music to be featured - Hrithik Roshan.

Cut to the present from the future. A few weeks back, Masala released a music video of Ae Watan, which is one of the songs that featured in their latest album Musafir. The video that features the singers in different locations was actually a tribute to all the frontline workers who've worked non-stop to help us stay safe during the pandemic. "I think that because we were stuck at home and we were still able to interact with each other music became so clear that there are so many people working around the clock just to make sure that we are safe all the time. It's a privilege for us to be able to focus on music. It happens because there are people working to keep us safe. So we realised that we have a platform and a base with our music and we need to use that to bring attention to those people who maybe don't get that much attention," says Kushal.

In agreement with him, Sachit says, "After we released the album and after we all came back home, we took a look at the songs and realised that that song could  make a really fitting tribute for this video." And for Kushal, what makes him the happiest is the kind of response that he's been getting from the frontline workers themselves.

That said, the pandemic has hit them where it hurts. The touring has been on hold since March. Masala really misses its concerts. Undoubtedly. However, given the current circumstances, they're trying to perform virtually at various venues. Even though they know that their music is the best when listened live, Kushal says, "We'll do our best to approximate that experience online."

And once events are back, they know what their first international location will be. India. Masala's last performance in the country was three years ago and they know that "it's been a really long time." "It's a top priority for us now," says Kushal. In fact, the group that has performed for President Obama, former UN Chief Ban Ki-Moon, Queen Elizabeth and the Ambanis would not miss a chance to perform for Prime Minister Modi. Fun fact: Kushal shares the surname with him and a lot of people have asked him if the two of them are related. They're not. 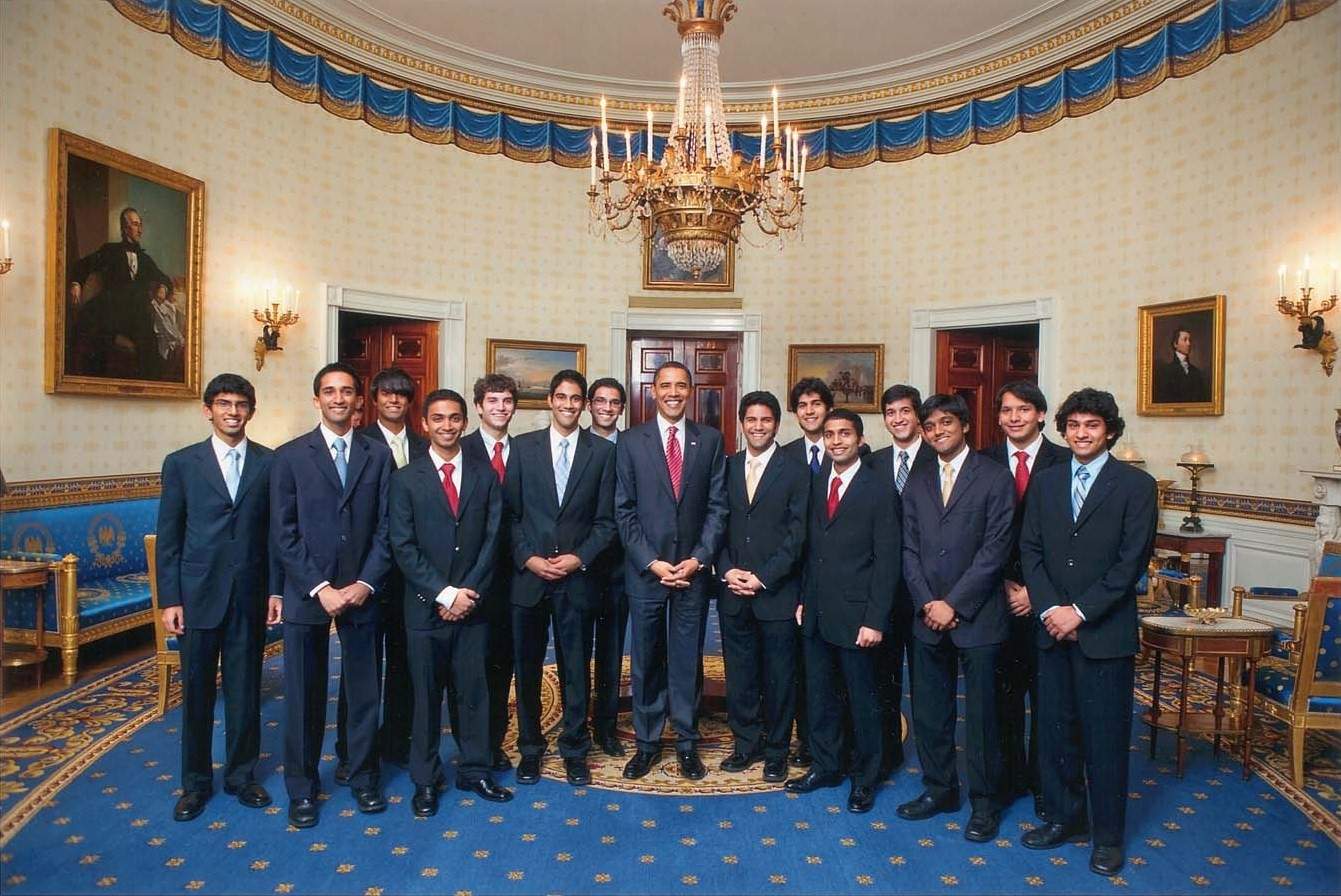 And carrying the band forward is a matter of legacy for them. Incidentally, Penn Masala was one of the reasons for both Kushal and Sachit to choose UPenn. "In fact, I wrote it in my application," laughs Kushal. "I grew up in Pennsylvania, listening to Masala perform," he says. For Sachit, even though he stays off-stage and off-camera, being part of the group was synonymous with bringing himself closer to his Indian roots and growing up in the US. "It was more about being able to appreciate my background," he says.

Also, the members say that it helps them connect better to the other Indian students in the university. They also admit how close the members of the band are with each other. "You can't run a band without being close to all the members. There have been times where we've flown to other locations to perform a day before our examinations. For us to do something like this, it is important to love what we do and like our groupmates.

The band is two and a half decades old. Nobody knows the exact number of people who've been part of Masala. But Kushal remembers an instance where they've performed at an alumnus' daughter's primary school in the UK. "It was so heartwarming. We got to meet his family," says an excited Kushal. This also means that Masala has graduated from making physical copies of music to having them featured on YouTube and Spotify. "We've been using music platforms like Spotify and Apple music and others so that anywhere anyone can listen to our music and that definitely influences how we distribute our music," says Kushal.

Why don't you sing something for us, we said. Kushal obliged. We closed our eyes for a moment and let our personal Penn Masala concert begin. It was his rendition of Ed Sheeran's Castle on The Hill. For a few minutes, we didn't know how far away we all were. Technology is awesome, after all!