Anoop Upaasana has won a prestigious award for creating photographs that literally capture the speed of light. We speak to him about how he managed to do it

It’s all a blur to Anoop Upaasana. The speed with which he moved the small flame of an incense stick to capture one of his best work was the exact moment when he discovered light photography. But the artist remembers the fateful day from around 6 years ago when he decided to experiment with light. And this month, he has received an award for ‘Most Number of Light Painting Photography’ from the Universal Records Forum.

“Even before I turned to photography, I always loved sketching,” says the Wayanad native, “I used to do it with anything, from a toothbrush to oil painting to calligraphy. One day, I was just experimenting with my camera when I wrote someone’s name with an incense stick and tried to capture it at the same time. To make it clearer, I did it again by shining the light of my torch. And I was able to capture it by manipulating the shutter speed. Excited, I decided to venture further into it. The floods in Tamil Nadu were still fresh in my mind at the time and I recreated some images from the time.” 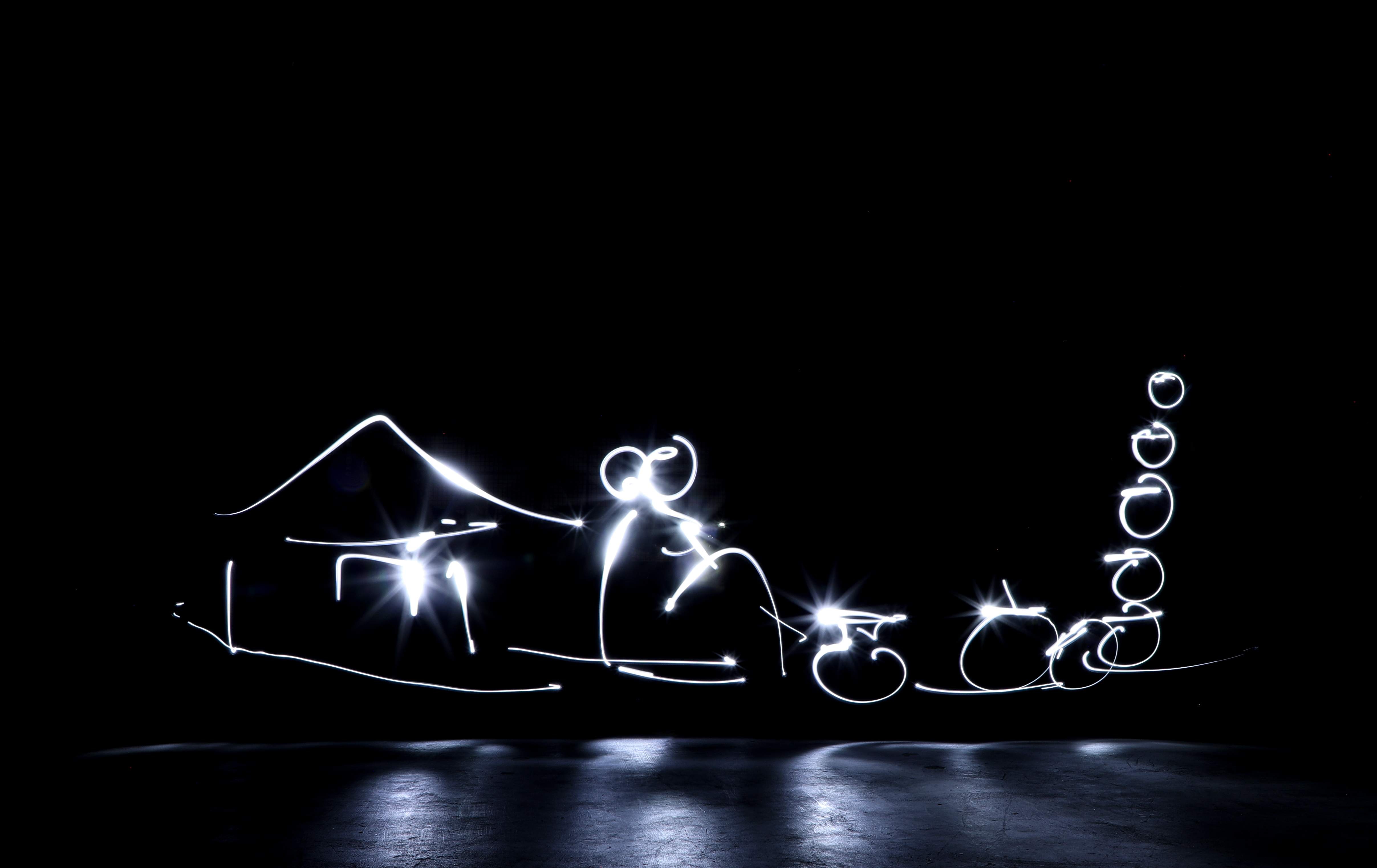 LIGHT RIGHT: Anoop uses nothing but light for his work

The first of Anoop’s light photographs were human figures. Using nothing physical but light, he was able to create everything, from buildings to scenery, just as he used to with colours. It was around 15 years ago that he developed a love for painting from his father who used to be an artist as well. Even as a BCom student, he kept indulging in his passion. Thanks to his brother who was a photographer, he also dabbled in the advertising industry, eventually scoring a job in the same field.

Today an established photographer, Anoop is also known for his photos of celebrities. And he hopes to work with the same in his light series. The 42-year old says, “I’m thankful to the people who saw enough worth in my creations to push me to apply for the award in the first place. I’m still trying to discover more through light. I hope to create a portrait of Mohanlal one day. And there are countless social issues where I could really use the technique.” Yes, it sure looks like Anoop can shed some light where it really counts!