Corona Warriors: This 35-year-old from Chennai is feeding 125 strays amid the lockdown. Here's how you can help

Nandita has been feeding strays on a regular basis, however, due to the lockdown, the number of strays looking for food has increased rapidly

Little did Nandita know that she would be taking care of stray dogs full-time when she came back from the United Kingdom in 2015 after completing her hotel management course followed by an MBA. Everyone had asked her why she pursued hotel management if she wanted to look after strays and eventually open a shelter for them all along? She says, "The cooking, cleaning, and sanitisation is what I had learnt over three years and that experience helps me with looking after the animals too." Nandita Reddy (35) rescued a newborn puppy back in 2015 and that's where it all started. She set up her non-profit, Animal Five Freedoms Action India (AFFaction India), in 2017.

She and her team have been feeding strays on a regular basis, however, due to the lockdown, the number of strays looking for food has increased rapidly. "I live in Palavakkam on ECR, just opposite to the beach. Due to the lack of food, on average we have 125 dogs daily to be fed. We had been dealing with about 90 dogs but now there's a sudden influx as food isn't available — hotels are closed, dustbins are empty," she adds.

Nandita says that they don't just buy chicken and feed the animals — the meat shop owners supply them the parts that are discarded from the chicken that people don't consume. "We mix it with rice and carrots to cook it and feed them twice daily. But because of the lockdown, smaller shops are closed only these larger brands are open and delivering, that's why we are dependent on Pedigree now," she says. 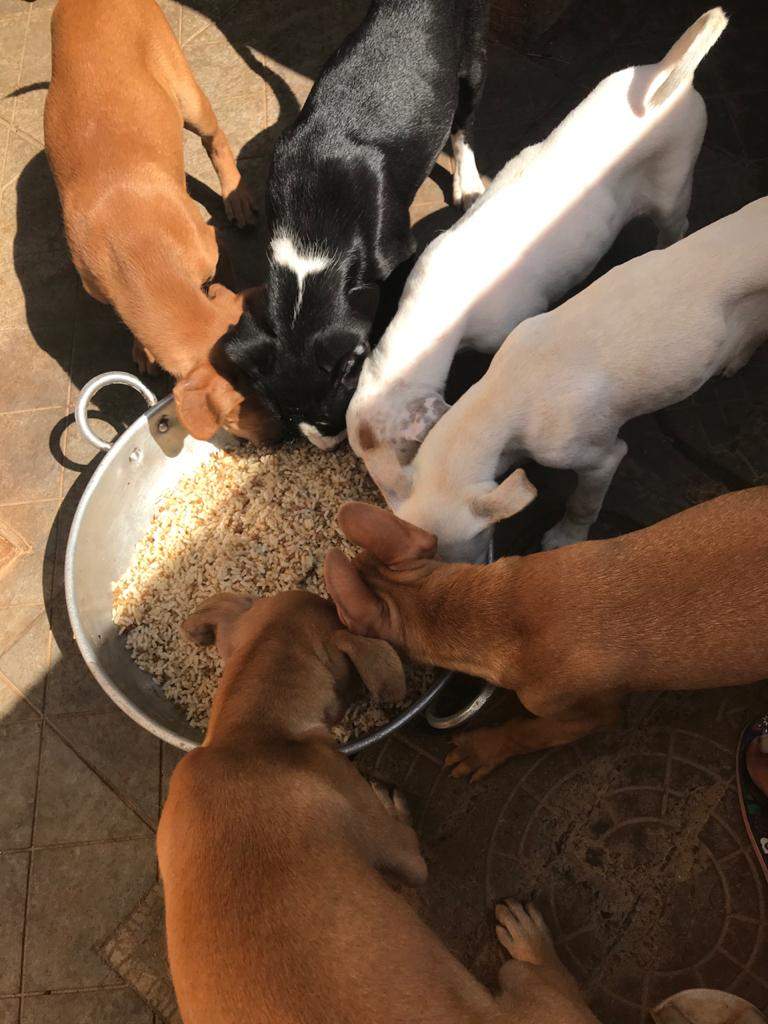 However, their cost of feeding has gone up tremendously as it's Rs 3000 a bag of 20 kilograms which only lasts them one day to feed 125 dogs twice. As the lockdown was extended for 19 days, Nandita has resorted to mixing it with rice for it to last more. "Some of them are quite fussy — they just won't eat the Pedigree. We feed the strays on the beach, on ECR. We expanded once my domestic help, who stays nearby, told me that a lot of dogs come looking for food. The Chennai Police have been very helpful and cooperative as well," she adds. For this very reason, Nandita began a donation drive from March 23 just before the lockdown was imposed and they have had to entirely depend on Pedigree since then.

People have been quite kind, she adds, but the donations are not that regular. "We have some bills pending at the pet shop, but the shopkeeper said he's fine with it and is keeping a log so we can pay later," she reveals. Nandita will continue doing this until the lockdown is lifted and she expects people to come forward and support her for the betterment of these animals.

Nandita's non-profit focuses on rescuing and rehabilitating sick or abandoned street dogs and animals, providing high-quality medical care, implementing animal birth control and vaccination projects, offering good quality food and clean drinking water, re-homing and in some cases functioning as a ‘home for life’ shelter. Currently, they have 75 dogs at their shelter, which is located 100 kilometres away from the city on the Chennai-Nellore highway. She also has 25 dogs at her house in Palavakkam, which by the end of the year will all be moved to the shelter. "We also have about 15 cows, they will be taken to the shelter too. I will also shift there full-time by the end of 2020," she concludes.