Tapas NGO, which works with a number of social issues through a number of artforms is now preparing itself to lend a hand during the COVID-19 lockdown

One day before our scheduled interview, Vipul Singh had just signed a deal with AIESEC in Delhi IIT to distribute food to people living in a particular area in New Delhi. For the man who lives and breathes his work, the COVID-19 lockdown has become another window to serve people. A world record holder for having staged the most number of street plays, he uses art and his passion for service to support people through his NGO Tapas.

Although he has been at it for the past 9 years, it was in 2017 that he set up Tapas. The organisation works along with world-renowned NGOs, government agencies and public bodies like UNICEF on a variety of issues that society deals with. The first of which was Missing – A campaign that focused on the issue of girl trafficking through a walk from Kolkata to Delhi in order to spread awareness among people on the issue. Along with his team, he visited a number of schools to educate young children on the issue.

Last June, he organised one of their greatest campaigns around the need for water conservation titled Project Thirst. Vipul says, “Usually, the UN will put a post on social media and people will share it on social media simply asking for people to save water. The people suffering from these issues in rural areas are not your friends on Instagram or Facebook. Even if they are, they cannot read English.” 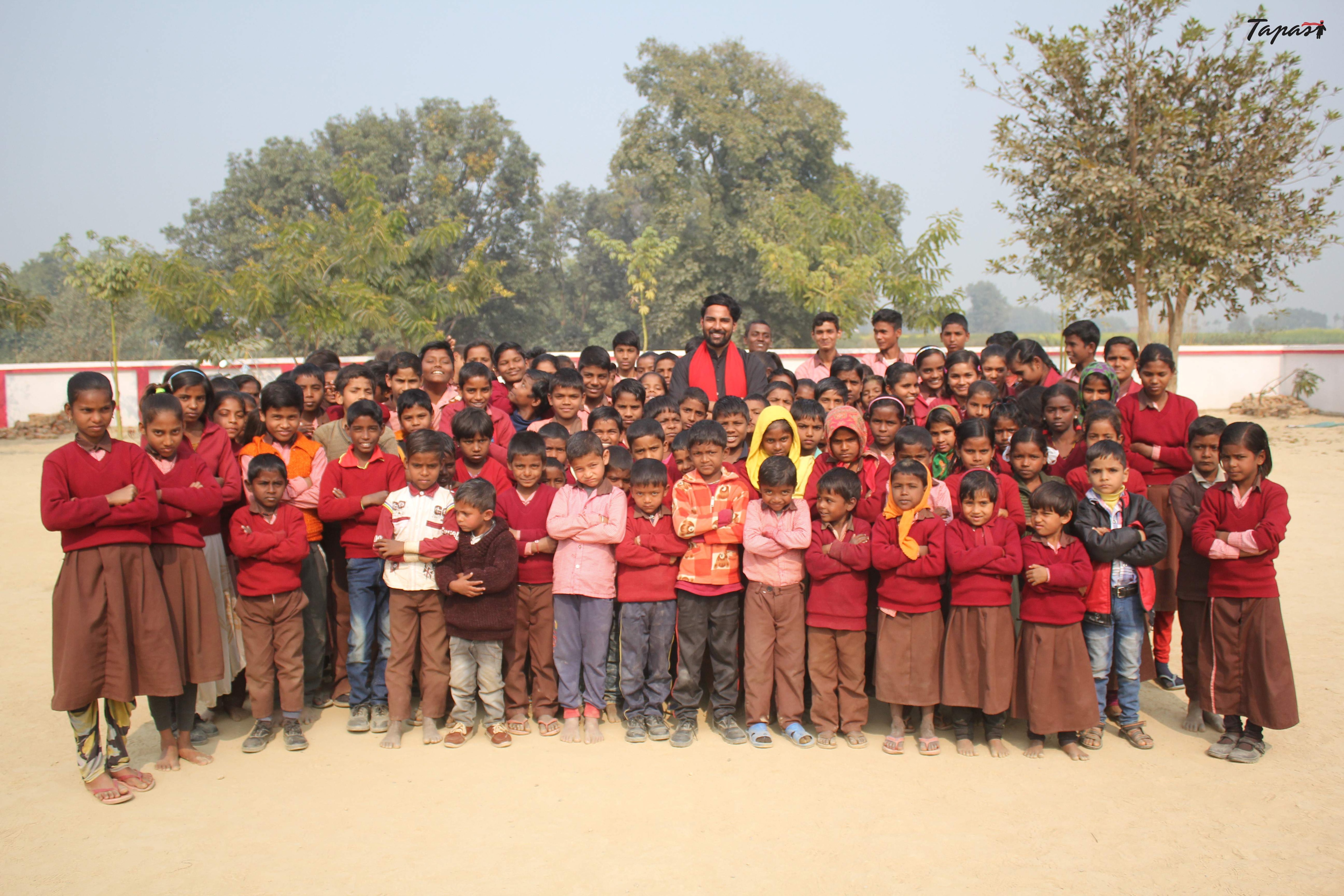 CAMPAIGN TRAIL: The campaigns span between a few weeks to a few months

After being rejected by a number of organisations because of the lack of money it would generate, Tapas decided to work on the initiative themselves. They travelled to 6 villages in Maharashtra and lived with the local people for a period of 20 days. During this time, they interacted with the people there, understood their issues and documented it through articles, photo stories and a documentary. Tapas works with his team who includes Senior Brand Manager Eliza Anjum, Visual Head Snehdip Biswas and Design Head Ketu Velani.

Vipul says, “Once we knew the people and their issues well enough, our first agenda was to connect them with major organisations that work for water conservation. So we essentially became a bridge for them. In this way, their needs were understood by the authorities, the government and ordinary people who can hopefully work to make things better. 60 per cent of the work happened in the villages themselves through incorporating the people.” DATA DOORS: Each campaign is thoroughly worked on based on researched data

At Tapas, they do their campaigns over months. The idea is to reach out to people through different forms of art. Vipul, who originally hails from Benares says, “Our work happens through days of street plays, 15 to 20 photo and video stories, graphic illustrations and anything that will grab people’s attention. If someone isn't interested in reading about an issue, let them learn about it through a video series, if they don’t have the time for that, they can take a look at the pictures we have taken. In rural areas where language and all else fails, we use street plays. People understand such basic human interaction.”

Their most recent campaign was in March in Delhi and Gurgaon where over 4000 trees were planted under the banner of  ‘Let's Plan(t) the World Better’. They also worked to spread awareness about the importance of education for underprivileged children. As they wait for the end of the lockdown, Vipul plans to create a documentary on the caste system by visiting a number of villages in the country that have been divided on caste lines. With every campaign, the Tapas team indulges in the world they are attempting to change.