Why Bengaluru's Aishwarya Pissay has got some serious racing DNA

With the evolving times, the number of women in sports has also increased. Now, they not only participate in sports like sprinting, table tennis or badminton, but they also take up other challenging sports like shooting or motorbike racing. One such woman is Aishwarya Pissay from Bengaluru who recently became the first Indian athlete to win a world championship of motorcycles after completing four rounds in Dubai, Portugal, Spain and Hungary. This 23-year-old, who lifted the FIM World Cup in women's category, has won around six national championships in motorsport before this.

Aishwarya's interest in bikes was sparked when she went on a road trip with her friends for a show on MTV. She covered around 8,000 km from Rann of Kutch in Gujarat to Cherrapunji in Meghalaya. After coming back from the trip in 2015, she started training at Apex Racing Academy in Coimbatore in circuit racing after which, she started racing and won a couple of championships.

Aishwarya who can race on a TVS RTR 450 and a TVS RTR 250, says, "I purchased my first bike in 2014 and started riding motorbikes because I was passionate about them. It gave me a sense of freedom and I felt alive every time I was on a bike. In 2017, TVS Racing spotted me when I participated in one of the races. They signed me on as a factory racer and financially supported my training which helped me pursue racing professionally. After this, I started riding on and off the roads including terrain like forests and mountains." 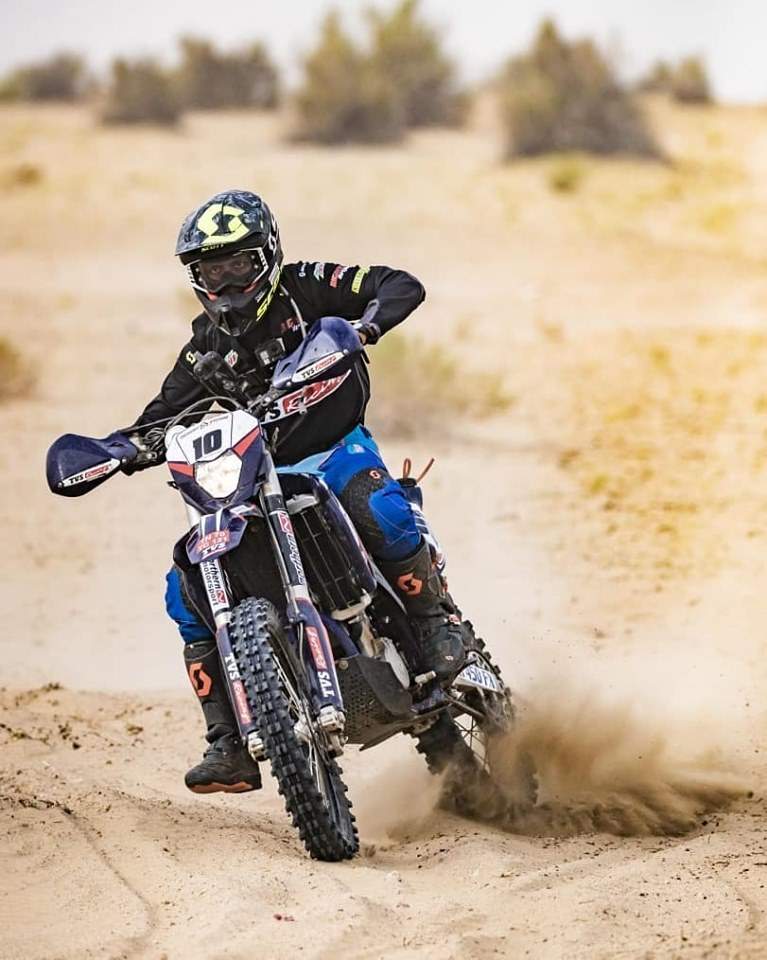 Lady with a bike: Aishwarya Pissay during the off road motorbike race

Fit in
Aishwarya has a training regime that she follows every day, without fail. It includes spending time in the gym three days a week. “One has to work on improving physical strength and conditioning along with mental conditioning,” she says. And the other three days, she spends time training on a motorcycle, learning to pass various hurdles and ride as fast as she can.

When Aishwarya was training for motorsport, there were only a few women riders, but now things have changed. She explains, "Motorsports has been considered a male-dominated sport due to lack of participation from women. But it has evolved from the time I started participating — from being the only woman on an all-men grid to now having an all-woman grid. It is definitely improving with the support of two-wheeler manufacturers, tyre manufacturers and FMSCI."