Kubbra Sait shares how Buoyancee helped her gain confidence and the importance of essaying the role of Kuckoo in Netflix's Sacred Games — for her, as a person and as an actor

Everyone knows the famous Bengaluru girl who acted in Netflix's first Indian web series, Sacred Games. Kubbra Sait was in Bengaluru recently attending this year's Women Writers Festival 2019 and that was reason enough to strike a conversation with her. The young actor, who was also a part of the web series The Verdict and will soon be seen in a few movies, credits her success to her mother and all her hard work she has put in till date. She says, "I am a person who believes in focusing on one job or task at a time. When I was an anchor, I focussed only on anchoring, improving my skills when it comes to speaking on stage and so on. Now, I'm an actor and I focus only on acting and think how deep I can dig into roles to perform better. I think everyone must aspire and focus on what they want to do at that point in time." Excerpts from the interview:

When was the first time you wrote something?
I was 13 years old when I wrote a tiny snippet on eve-teasing and it appeared in one of the newspapers. That was the first-ever biggest thing that happened to me. My mother was so happy that she got the snippets laminated and she still has them. In her head, I was a firebrand journalist of the future. But I’m here now, as an actor.

How did theatre and acting happen to you?
When I was in class VI, I was bullied by a few schoolmates and I had to change my school. During this period, I attended the Personality Development Programme at Buoyancee. It is an organisation that specialises in unique approaches to effective communication with self, in groups or in public. That was my first tryst with the stage. From being a timid, shy child who couldn’t even hold a conversation with an individual to standing in front of class XII students and making a presentation — the programme transformed me completely. I started participating in debates, extempore and much more. In retrospect, when I look back at my journey, I feel that I was like a caterpillar coming out of the cocoon. Similarly, I left Dubai for work at the age of 21. Initially, I worked at a cookie store and five years later, I was crunching numbers on Excel. After some time, I realised that I was not really excelling at Excel. So I told my mother that am ready to quit the job and said that I want to be famous. We sat down and worked out my SWOT analysis and created a financial cloud to ensure that my dreams are not shattered by erratic decisions. It seems like I did this just yesterday, but it has been 10 years since I moved to Mumbai and invested time into acting. 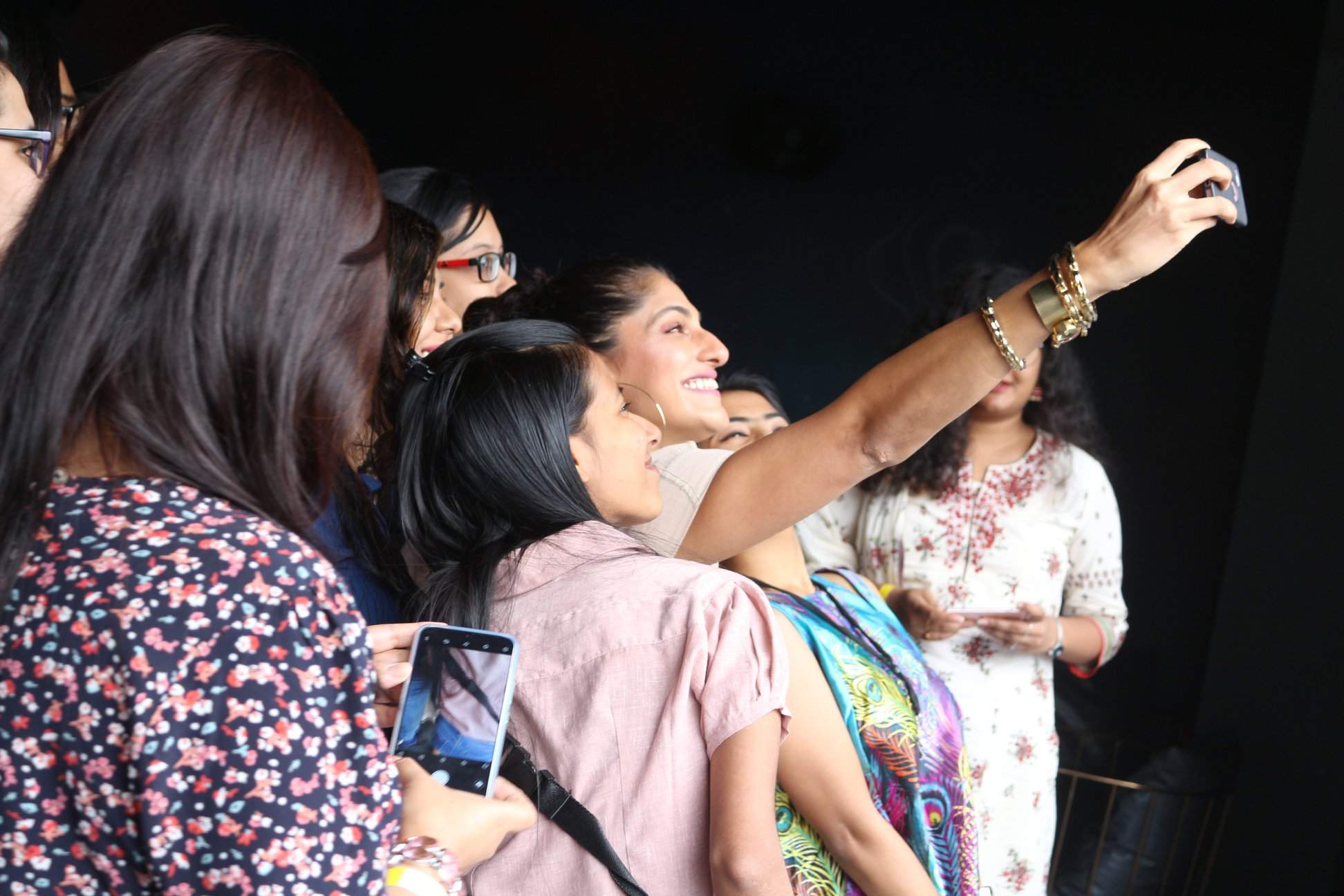 Fan moment: Kubbra Sait takes a selfie with the young audience at the Women Writers Fest 2019 (Pic:She The People Tv)

How many days did you get to mentally prepare for the role of Kuckoo in Sacred Games Season I?
None. I was informed about the role on November 26, 2018 and after four days, I was on set to shoot my scene. After I had finished shooting, I did not think that it would explode in this way. I believe that it is only work that can fetch you more work. It is very important that we shed the junk which people feed us. I must say that I was destined to play the role of Kuckoo. It has been a celebratory role in this journey of my life.

In recent times, what are the roles that have made you think that you could play that?
I am currently digging this character Villanelle from the show Killing Eve. She is a very psychotic, so wicked and a talented killer. Apart from this, I would love to play the role of Kanta Bai from Sacred Games. She does not need to exaggerate herself with her clothes or accessories. I would also like to play Eleven from Stranger Things or play those roles that famous actress Shabana Azmi and Rekha played.

With the kind of quality shows and content coming up on Netflix and Amazon Prime, do you think people will still visit the theatres to watch movies?
Absolutely, people will continue to go out there and watch movies. For instance, plays were performed in the 80s and 90s and they continue to be performed even now. There is a good number of audience that watches plays. When Baahubali was out on the big screen, it pulled people to the theatres and no one said that they would like to watch it on television. I can see many comedy shows on TV, but when I watch one live automatically, my brain gets wired to laugh and this is why I think that cinema will never die.