Deepika Murthy AKA Pika Nani tell us why everyone must read her book based on the character Sherlock Holmes, except in a delightfully Indian concept with more than a few desi twists thrown in

In an era where children's mind and hands are mostly occupied with mobile or TV screens, writers have to really invest their time to imagine and write something interesting. One such author is Deepika Murthy, who is popularly known by her pen name, Pika Nani. Though she has published only three books, writing realistic fiction is what sets her apart. After completing her Master’s in Organisational Psychology, she worked for a few corporate companies. But somewhere deep within her heart, she always knew that she wanted to become a writer.

She says, "I remember writing poems when I was a kid. As time passed, I was not sure if I could do justice to my job. But when I quit the corporate job, I dared to take up the task of writing books for children. So the first book I wrote was Little Indians in 2013. This book contains stories from different states and all these stories are borrowed from the memories of my own childhood, when I travelled across India. All these stories are realistic fiction where I have mentioned fun facts of every place and weaved them into the story. For example, when I wrote about Himachal Pradesh, I mention the HPCA Stadium in Dharamshala, which is one of the world's highest altitude cricket stadium. Similarly, when I wrote about Gujarat, I especially wrote about dinosaurs roaming there 65 million years ago. So, this book will take the readers on a journey across 15 states. The response has been so good for this book that two chapters from it have even been included in school textbooks too."

Shrilok instead of Sherlock
Deepika always wanted to try something different rather than sticking to one genre. She always nurtured a soft spot for mystery stories where a good detective solves many cases. "One day, an idea dawned on me related to Arthur Conan Doyle's famous character Sherlock Holmes who clocked 100 years recently. So I decided to introduce the same character in the Indian context for children. Hence the name The Adventures of Shrilok Homeless. Shrilok is a runaway child who stays in Mumbai and sells tea on the streets to make a living. Rohan Doctor is another character who is a teenager and narrates Shrilok's story. Shrilok is assisted by Rohan while solving mysteries. Then, there is the character of a female police officer called Divya Lokhande who is the brains of this story. Gradually, Shrilok becomes famous for his talent for solving mysteries through logic and reasoning. In the end, he gets to know about a terrorist plot and informs the police about it. The terrorist is put behind bars and meanwhile, as a reward, Shrilok is given a home to stay in Mumbai which is converted into an orphanage," says Deepika, who has launched the second part of this novel. 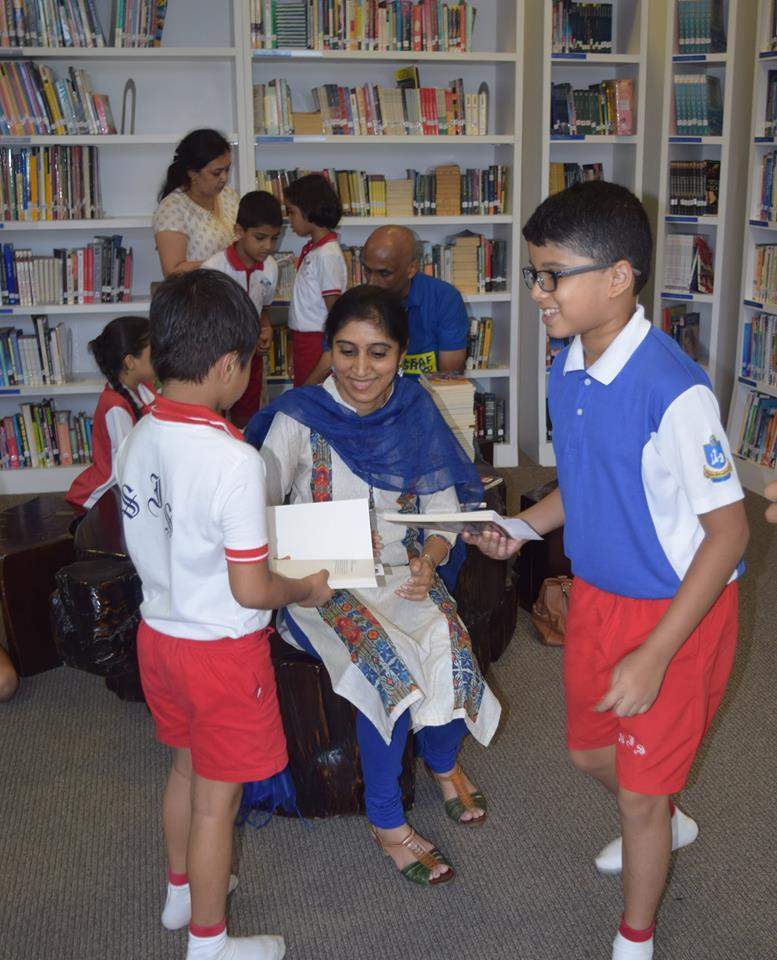 As soon as the first part was printed and well received by the audience, Deepika started writing volume II which was published recently. Deepika did not want to write the same stories with Shrilok stuck in Mumbai. Hence, in volume II, Shrilok travelled across all parts of India. He visits Bandipur where he solves cases pertaining to the poaching of animals. Then, he goes to New Delhi to solve the case of the famous Dancing Girl sculpture being robbed from the National Museum. Later, he travels to London looking for a missing tourist and ends up solving the case of a spy who is murdered. Deepika has also included a story on the theft of an ATM machine where they use WhatsApp emojis as code to communicate. "This book and detective stories are meant for children and adults. Now, people ask me curiously if these stories are real and did they actually take place. Also, the Sherlock Holmes Society of India has invited me to become a member of the community. It is a great privilege for me," she says.

When we asked Deepika about how polished an author’s skills need to be if they want to write for children, she says, "A good plot is enough to keep children gripped. I have read those classic novels where the authors describe a place for pages together. In my books, I don't do so as students might lose their interest. I keep them engaged with fewer words when it comes to describing the place."