The Sai Balaji interview: Battle for JNU is a battle for India

A PhD scholar in JNU, Balaji's term as the JNUSU President got over on August 21. A few days later, we caught up with him for a chat

Ask anyone who follows the news on Indian universities to name a few individuals who made noise in the circle in the past year. It will be a shocker if at least one of them fails to name N Sai Balaji. The JNU Students' Union President of 2018-19, this PhD scholar's term capped off an eventful year at JNU, a few days back.

Eventful would be an understatement to describe Balaji's term in the union, given the number of controversies that he was part of. Under him, the JNUSU had alleged massive fund cuts in the central library and has exposed a fund cut in the university's research facility. He was also quite vocal about a lot of issues ranging from the illegal felling of trees to the construction of a statue of Vivekananda on campus and the currently ongoing huge infrastructural crisis in JNU. This 27-year-old was also instrumental for conducting the Kisan Mukti March-inspired Young India Adhikar March.

Did he have to face the brunt? Unsurprisingly yes. He was suspended for a while, his MPhil was blocked and was served with a number of show-cause notices. But he did not back down. As he says, he had to fight the 'battle for JNU'.

A few days after his term had ended, we caught up with this student leader, right before he was about to get a haircut. Excerpts from the conversation:


Your term as the JNUSU President ended on August 21. How do you feel now?

It's just my term that has ended, not my struggle. Honestly, I feel nothing. I've been doing the same thing for the past four years. Our struggles now have to grow stronger. The greater the repression, the greater the unity, the stronger the fight. I'm proud to be a part of it. I'll now become a part of the larger struggle under the new union.

What were the major challenges that your union had to face?

The major challenge that any JNUSU has to face is to have the courage to stand up knowing that the situation is going to get uglier. I relate this phase of JNU to the 1942 post-Quit India phase of India. During that time, the British did not go back. They were getting weaker and repressive at the same time. They were strong, they had just won the war against the Nazis, but they were still insecure. Similarly, despite the government having a stronger mandate, they are insecure and try to silence more voices. The same is the case with the administration. It is anti-people and anti-students.

We don't want the model of Rohit Vemula's institutional murder everywhere. We want the model of JNU of accessible and affordable education everwhere. This wouldn't be possible with grants being reduced, by having teachers who plagiarise. Our battle was, is and will be to get educated, to stay and survive. 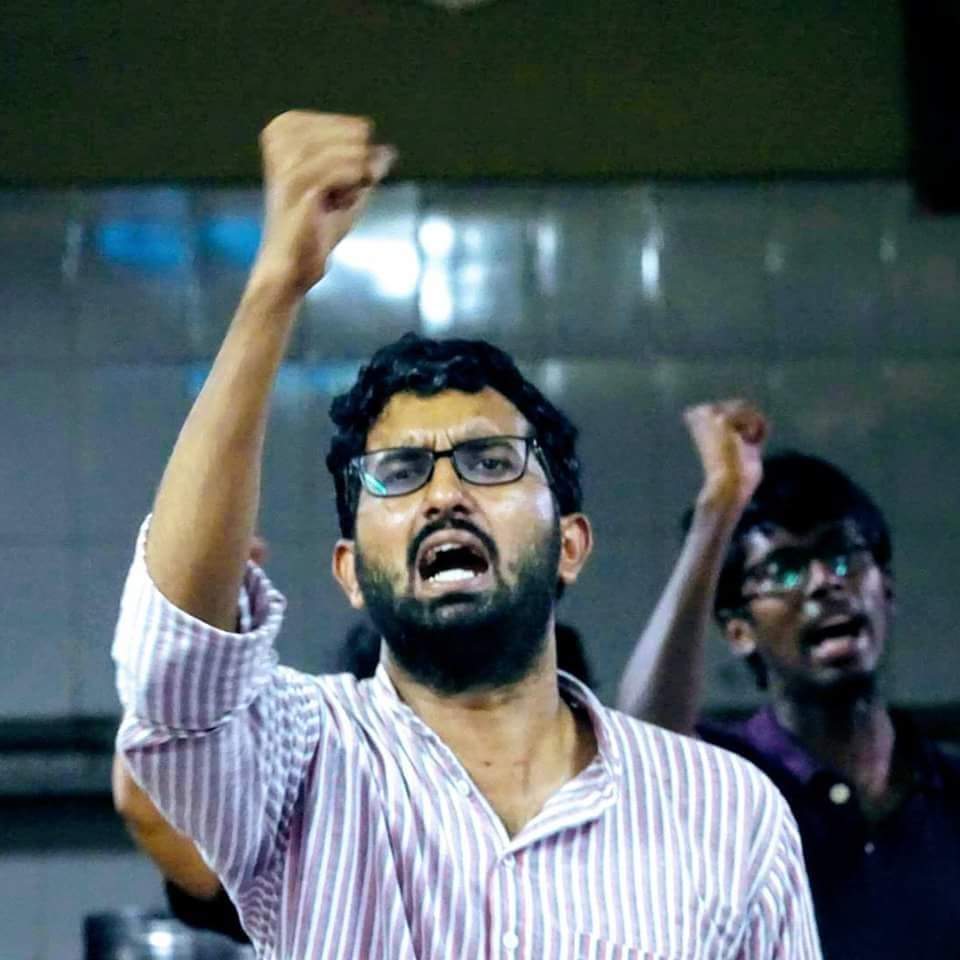 Do you think there were issues that could have been dealt with in a better way?

The administration goes on with its repression every day and therefore, it gets difficult to build a movement out of one issue. They (administration) think that by bringing more issues, students get distracted. However, one issue that I feel that could have been given more push was the case of the plagiarism of teachers. Many of these teachers who were accused of plagiarism came from marginalised backgrounds. They are, at the same time, associated with the Sangh ideologies. It's nothing like there are no better resource persons available from the Dalit, OBC and Minority communities. It signifies that if even if they have to appoint people from these groups, they will only appoint the ones without a clean track record. The administration has to create a perception that the people who come through reservations are bad and incompetent. It affects the narrative against social justice. This is a multi-layered articulation which has deep roots to their anti-reservation policy. They do it strengthen their narrative that merit is associated with the Brahmanical male.

Are there any achievements of the union that you're proud of?

I wouldn't call this an achievement, but we were able to stall a greater attack on JNU. We took the battle for hostel construction to the next level where we exposed the irregularity in fund handling. This was a strategy of the administration to push out students.

We also exposed how anti-education this administration and government is. They had cut 80 per cent of the library budget. All this money has been used to construct statues, call religious gurus and conduct RSS events. There was a massive fund cut in the science lab too. We also exposed the JNU VC's role in conducting the online JNUEE. They still don't have answers to the question paper leak and the excess expenditure to conduct it. Earlier, it used to be Rs 3 Cr, while this year, it was Rs 11 Cr. This has created a shortage of funds that there is no money to spend on anything, be it infrastructure or exchange programmes. Speak up: Balaji at ThinkEdu'19

He never wanted to meet us, while we always wanted to have a dialogue with the administration. Whenever we went to meet him, we were given orders that say that we violated the 100-metre restriction. But us, on the other hand, had only gone to give our representation. Even on the fund cut issue, we had gone to give him the letter. But he, on the other hand, issued me a show-cause notice. It was a fault because of the security failure of the administration. When they do not have answers to our questions, they punish us.

How has the past year changed you as a person?

I've become more patient. I've become calmer. When the situation is grave, I can't let the emotions speak. I have to understand the rationale and the attack of the administration with that patience and calmness. No matter how angry or upset I am, I have to think about their larger motive. We can't achieve things in a day.

I always remember Gandhi's political strategy. Even though I do not accept everything that he said, his political strategy is something that the British also did not have an answer to. Similarly, the battle for JNU has to be fought with patience, solidarity and unity. It is a battle for India, for education and for the right to dignity. It is always to take it out of JNU and connect it to all smaller battles. It is important for any JNUSU president to keep fighting it.