My poems are arsonists: How Terribly Tiny Tales' Megha Rao is fighting trauma with poetry

Discovering your voice after trauma often means that it develops the power to remain unshaken at the worst of times. Megha Rao discovered hers at the age of 6 but it was one such incident in her second year of college that gave it it's signature strength. Megha is a surrealist artist and a spoken word poet who occasionally works with models on body painting. Recently, she released her latest book, Music To Flame Lilies.

She calls her work 'poetry on resistance and blood' because it explicitly talks about trauma and all the ugly parts of the human condition that people get uncomfortable talking about. "I've always believed that poetry is a powerful medium and that my word is my biggest weapon. My poems are arsonists. If you can catch fire and put it at the end of an arrow, that would be the face of my poetry. It's burning rage for every injustice ever done to me and people like me. It's loud and screaming. It demands to be heard. I don't really go by themes, I write what I want. But I've come to realise I tend to write a lot on identity, mental health, abandonment and sometimes, personal growth," she explains. 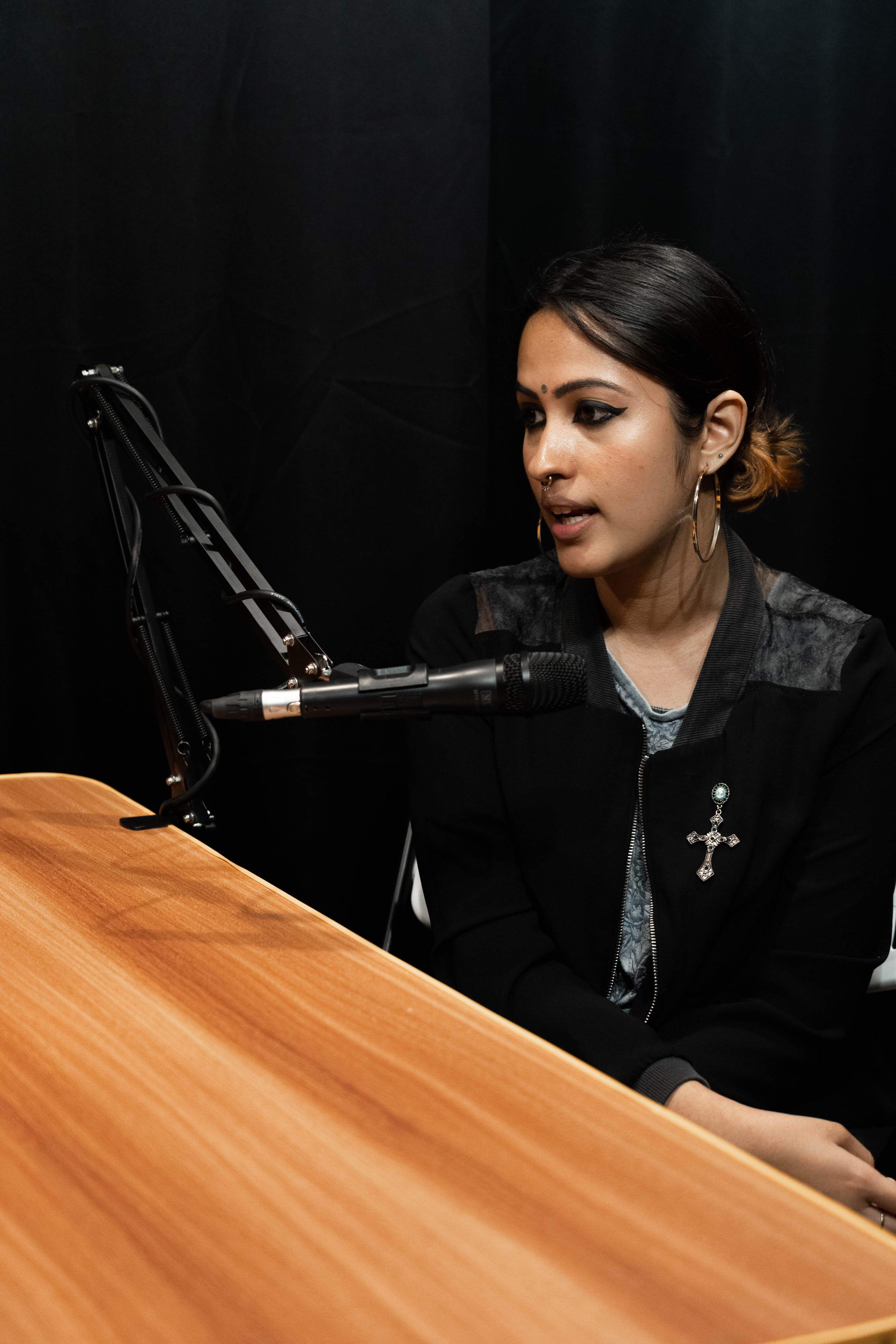 Megha types fast. If she doesn't finish a poem in ten minutes, you can find it in a crumpled piece of paper at the bottom of her trash can. Her words come from intense thoughts and feelings and she believes that immediacy is the key to keeping it alive. Her works transcend form because it is often combined with painting and merges the various ways through which she expresses. She explains, "I think painting and writing can overlap very easily. One idea, two methods of expressing. I learnt from my art teacher to discuss my poems and then try to convert them into paintings. It can be majorly therapeutic."

Megha's great grandfather moved to Kottarakkara from Udupi, Karnataka for work and settled there. Her entire family was born and raised there, and so was she. Before she was ready for it, she was uprooted to Singapore, she found her inspiration during yearly trips back home. Of this, she says, "I remember running through my grandfather's tapioca fields barefoot and trying to catch fireflies during the power cuts." For her final year of school, she moved to Trivandrum and was able to read and write Malayalam in no time.

As a self-described sucker for languages, Megha developed a beautiful relationship with Kerala because it contributed to a huge part of her identity. Megha says, "My house here is very peaceful, and I just sit on the easy chair in the verandah and watch the bats eat bananas and play with my cats. I write at night when everyone's asleep." 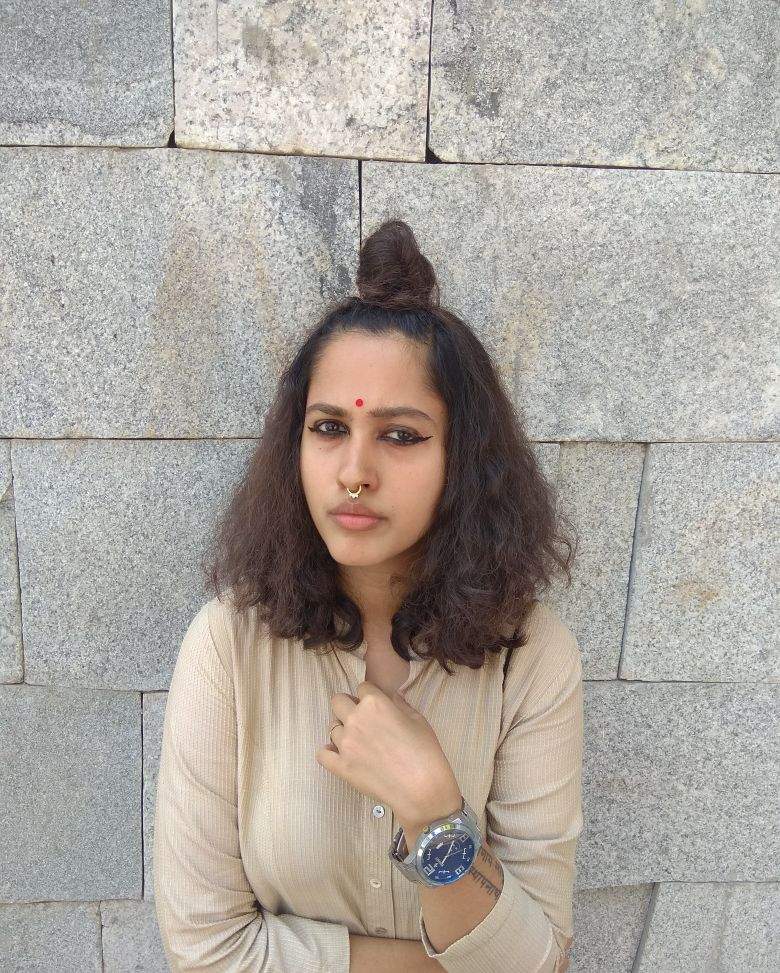 In 2018, she began working for Terribly Tiny Tales. Although she didn't know that she could teach poetry to people, a month into working for the company, they asked her to build a poetry module. In the end, she discovered that it was something she loved to do. "One thing I learned from teaching poetry was that I wasn't the only one who loved art so much. I met a lot of wonderful people who shared the same passion and it really touched me."

On November 1, she is conducting a poetry workshop at Nosh Haus, Kochi. What does she expect? "I expect people to go 'Malayali aano?'" she bursts out laughing. Through interactions with the local crowds, she'd discovered a loved for people's surprised faces when she suddenly spoke their language. "The workshop is not going to be a long, boring seminar. This isn't a question-answer session or a test. This is a lot of people coming together to learn something new and to have a good time while they're at it," she says.

Currently, she divides her time between Kerala and Mumbai. She can barely contain the excitement in her voice when she speaks about Delhi Spoken Fest, a programme she is preparing for with  the help of Roshan Abbas, Tess Joseph, and Shantanu Anand from Kommune, the storyteller's organisation based in Mumbai. In the same tone of excitement, she dreams about the next week when she'll join a few colleagues to paint her office. Between the pain and the simplicity, Megha seems to walk on a delicate trail of words.